Rich O’Toole: “Kiss of a Liar” 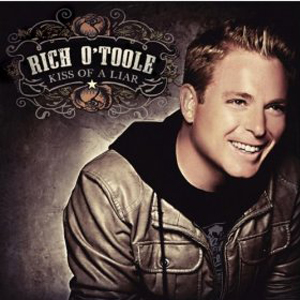 Houston’s Rich O’Toole takes an awkward stumble right out of the gate on Kiss of a Liar, opening his third album with a grating faux rocker called “Red Hot Kiss” that’s as certifiable a clunker as any that the Texas country genre has produced in some time. The following “Ay Dios Mio,” featuring Josh Abbott, is better but only by a matter of degrees, mired in cliche but redeemed by a peppy if quickly forgettable chorus. But the third track’s an absolute gem: “The Cricket Song” may have already been played to death on Texas radio this summer, but it takes a cold, cold curmudgeon not to appreciate the rustic back-porch ballad’s earnest, wistful charm. Simple but true of heart, it’s a song that even a singer-songwriter of say, Lyle Lovett’s caliber, might be proud to claim as their own; careers in this genre have certainly been built on far less. From that point forward, Kiss of a Liar keeps surer footing than its shaky start, with O’Toole faring best the closer he sticks to ballads and mid-tempo numbers (”Banks of the Mississippi,” “Never Gonna Quit”) but also tackling a cover of Wilco’s “Casino Queen” (done as a duet with Pat Green) with hammy gusto. The biggest surprise is the closing Tex-Mex romp “Marijuana & Jalapenos,” which manages to be absolutely as dumb as the title promises but also twice as fun. — RICHARD SKANSE