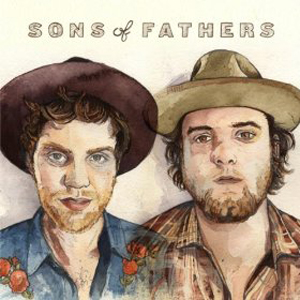 Though Beck & Cauthen’s debut album was produced by Lloyd Maines and features string-wizard Corby Schaub (Ryan Bingham & the Dead Horses), this is definitely not your typical Texas country act. Well, unless your typical Texas country band traditionally features a generous heap of late-60s California harmonies (courtesy of duo San David Beck and Paul Cauthen) with a healthy side of indie crossover appeal that would likely include fans of acts such as Mumford & Sons & Bon Iver. It’s a pleasant surprise to hear songs influenced as much by the Beatles and Stones as by any household name on the Texas scene. Standout track “Wind Turbines” would seem to be a good fit for either a Wes Anderson film or an uber-cool coffee shop, and could easily be Beck & Cauthen’s “Little Lion Man” if not for the absence of superfluous f-bombs. Another highlight, “Weather Balloons,” splices a blues riff into those smooth-as-Balvenie harmonies. The bottom line is that we have a winner here, and if Beck, Cauthen, Schaub & co., play Sons of Fathers right, it won’t be a matter of the album merely making a splash on the regional level, but rather when that wave will propel them to the heights realized by the most widely accepted buzz bands in the all of Americana. — ZACH JENNINGS