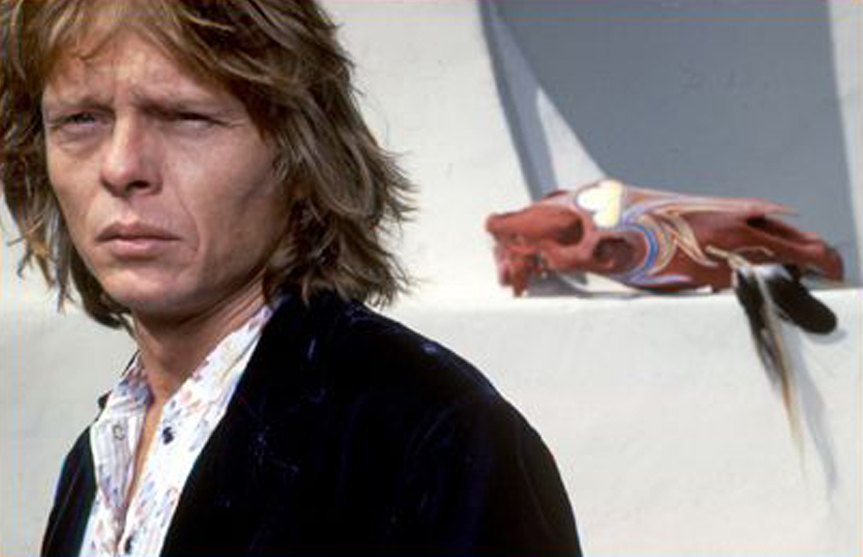 On Easter Sunday 1972, Texas artist Boyd Elder was the toast of the Los Angeles music and arts community. His one-man “American Fetish” art show in Venice attracted an audience that included Joni Mitchell, Jackson Browne, David Geffen, Mama Cass Elliot and a group of friends who would perform in public as the Eagles for the first time at the show.

“El Chingadero” (Elder’s nickname) had come far since he moved from El Paso to L.A. to attend the Chouinard Art Institute nine years earlier. His work was a strange hybrid of influences growing up in West Texas, where Mexican motifs and car culture, sock hops and sacred burials collided. Critics fell over each other in heralding this new vision from the Southwest. Joni Mitchell went home with one of his pieces, named “Geronimo,” and remained close to Elder, as did the Eagles. 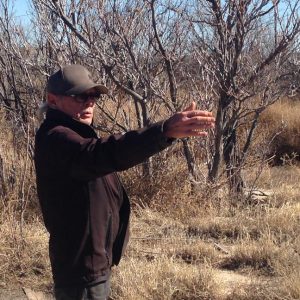 Boyd Elder points out where his studio used to be in Valentine. It burned down May 31, 1973. (Photo by Michael Corcoran)

Elder created the pieces in his studio in Valentine, Texas, a tiny town platted by his grandfather 34 miles west of Marfa. Boyd himself was born in Valentine and had spent the first seven years of his life there before his family moved to El Paso. But the year after his Venice show, the studio, which had formerly been the town’s post office, burned to the ground. El Chingadero lost everything, including more than 15 pieces of art he was going to show.

Without supplies, he started painting cow skulls. He got the idea, he said, when his best friend, the artist Rick Griffin, sent him the breastbone of a Thanksgiving turkey, which he had painted. After several cows on a nearby cattle ranch died in a flash flood, Elder had his new, free canvas.

“I painted the skulls like they were the gas tanks of motorcycles,” said Elder, who started pinstriping racing cars in his youth as a street-racer. One of his best friends in El Paso was the singer Bobby Fuller, who had a hit in 1965 with “I Fought the Law.” It was Fuller who financed Elder’s first studio in Los Angeles, near the corner of Sunset and Alvarado, with the understanding that he’d do the album covers for the new project Fuller would do after he broke up the Bobby Fuller Four. But that project never happened because Fuller was found dead under mysterious circumstances on July 18, 1966. 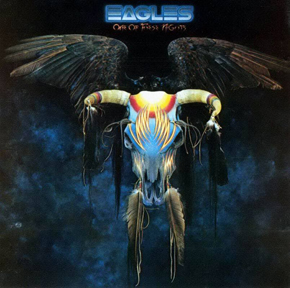 1975’s “One of These Nights,” the first of two Eagles albums to feature Texan Boyd Elder’s artwork.

In late ’74, the Eagles were playing in Dallas and asked Elder to come up and show them some slides of his latest work. He brought only two, including the one which was chosen to be the cover of their mega-smash 1975 album One of These Nights. Besides the title track, the album contained the hits “Lyin’ Eyes” and “Take It To the Limit.” Although the band had previous Top 10 singles with “Witchy Woman” and “Best of My Love,” One of These Nights was the LP that made them superstars.

The Eagles also tapped Elder to create the cover for their 1976 Greatest Hits album, which, until Thriller in 1983, was the best-selling album ever. All these years later, Michael Jackson and the Eagles trade places as the top seller, with Jackson taking over No. 1 after his death, and then the Eagles receiving a spike following the passing of Glenn Frey in January.

Since the cover of Greatest Hits is the painted skull of an American eagle, Elder is not too keen to discuss how that came about, except to say that he painted not an actual skull, but a plastic cast of one. Elder says he received a flat fee of $5,000 for the cover art. 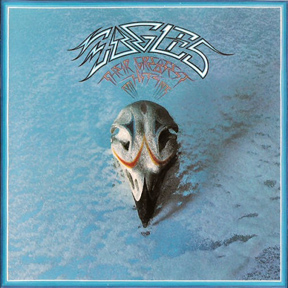 The cover of the best-selling album of all time, for which painter Boyd Elder was paid a flat $5,000.

“If the band had cut me in one just one percent of one per cent, I wouldn’t be having the money problems I have now,” he says.

Although his art still shows and sells at galleries in Marfa, where Elder is a hero, he sleeps in his studio, a converted filling station in Valentine.

There’s absolutely nothing going on in Valentine 11 months out of the year, but as one might expect, things pick up quite a bit every February. The local post office always gets a workout, receiving envelopes from all over the country containing valentines in search of the town’s postmark. Then, on Feb. 14, Big Bend Brewing Company holds its annual “Valentine’s in Valentine” concert, held at the Old Mercantile Building. This Sunday’s lineup is headlined by Jerry Jeff Walker, with El Tule from Austin and Excito from El Paso opening the show.

If you happen to make it out to Valentine this Valentine’s for the festivities and see Elder in the crowd, chain smoking American Spirits, buy that badass Chingadero a beer for godsakes. 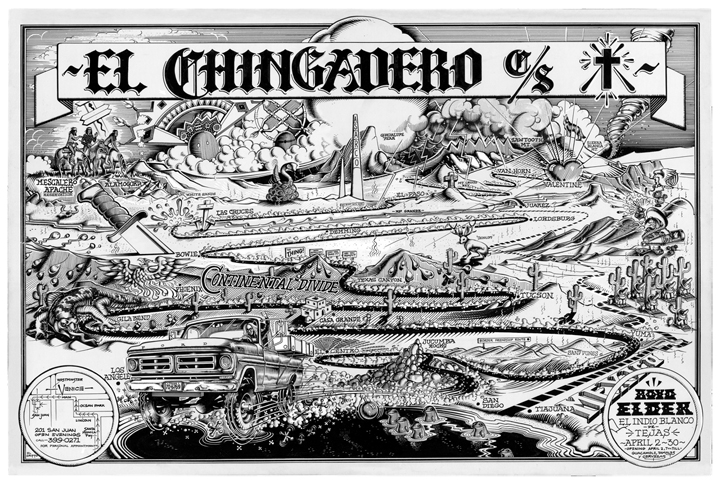