Q&A: Sam Riggs The "Breathless" Texas country singer on outrunning the sun and catching up to success 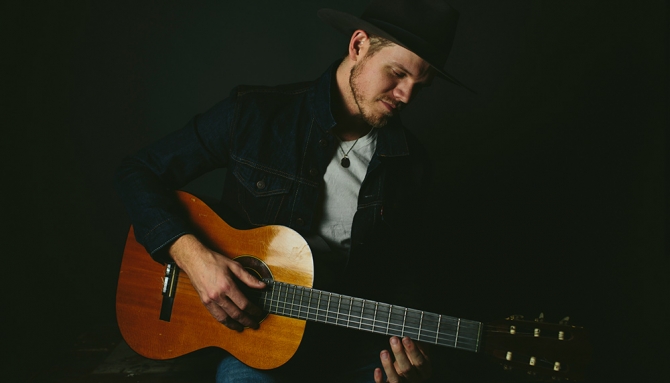 In the crowded field of independent Texan talents seeking to write, perform, and sell their own distinct takes on modern country music, occasionally a voice jumps above the fray. Or at least gets some serious traction on that uphill climb to being the sort of artist that can pack a venue, light up the radio dials and find their audience through some magical combo of talent, relatability, hard work and the best of luck. Austin musician Sam Riggs has been on that kind of trajectory lately, finding the sweet spot between the crowd-pleasing sound of modern country music and the sort of detail-oriented, personality-driven songwriting that makes his best songs among the more memorable ones to dominate Texas radio in recent years. His 2013 breakthrough Outrun the Sun set the stage for his much-anticipated follow-up Breathless (set for release Feb. 19), an apt title considering the enthusiasm, energy and gratitude he brings to the table. For more on all of that … here’s the man himself.

What inspired your direction on this new album?

Well, Outrun the Sun back in 2013, considering it was my first real album, it took off like a rocket in ways that I didn’t even expect. Listening back to it now, it sort of holds its own place in time, but I wanted to grow as a writer and I wanted Breathless to reflect it.

Between 2013 and 2015, I was really taking a machete to the proverbial trail of songwriting, blazed some trails I thought I’d never get to blaze as a musician, got to write and play with people I never thought I’d get to work with. And Breathless is a reflection of that, being so busy and going so hard that it literally left me completely out of energy. I wanted it to show how that kind of movement and passion had gotten to be my life.

How would you describe your music, at this stage in your career at least, to someone who’s never heard it?

It’s a good question and it’s come up before, and times before I’ve answered “hard-driving country,” but now it feels like more than that. There’s more rock to it. Nowadays I guess I play rock music with country woven into it.

It’s definitely a crowd-pleasing album with the bigger sounds, but which of these songs were most personal for you?

I’d say “The Lucky Ones.”  It’s a song about the way I grew up, we didn’t have a lot and that was okay. When you’re young, you’re 16 and some of your friends have big fancy new trucks and you’re just struggling to keep yours on the road, and you’re helping to pay the bills already — it’s just a different way of life. You don’t really appreciate it until you’re looking back over your shoulder 10 or 12 years later and seeing how the struggle shaped you. That’s what that song’s about, working for what you’ve got. And then there’s another one, “To Save Something You Love,” that’s just a straight-up country song. It’s very much about my struggle, learning how to be married. I’ve got a wonderful wife who’s an incredible person and I’m stubborn as a mule.

Any collaborations you were really excited about?

Not folks you’d even necessarily think of as big names, but still ones I was really proud of.  One example: Pete Stewart, who I wrote “High On a Country Song” with. He’d worked on projects like head engineering the Macklemore record. That’s incredibly different but I really respect it. And Chad Camp, my drummer and my best friend, we’ve written together down through the years but I never thought we’d get to the point where we’re writing songs together consistently. Five or six of the new ones were co-writes with Chad.

Were there any new influences you were bringing into this one that might not have been present on Outrun the Sun?

You know, I was taking the songs on Outrun the Sun as seriously as possible at the time, but I still kind of had this confined viewpoint of my career … we were gearing this towards the Texas audience, but even in the couple of years since then I feel that Texas music has grown leaps and bounds into a national genre. There’s people in Maine that love Texas music! And I could have done that again but I wanted to go even bigger, wanted to try to write a record that had something for everybody. I wanted to garner the attention of even the folks who wouldn’t necessarily put on a Randy Rogers or American Aquarium album, and I wanted to bring them in to what we do down here. I was targeting. I’m hunting down a new audience.

After a few years of slugging it out in smaller venues, when did you really feel like things were looking up for you?

There’s been times like the Larry Joe Taylor Fest last year … we walked out on that stage, and the noise of the crowd was so titanic. It just washed over us like a tidal wave, we hadn’t even played a note yet. I was like sincerely, “oh my God …” It literally took my breath away, and then we started playing the show. It was the perfect storm.

You’ve had to learn how to handle some bigger crowds in the last couple of years … any advice for a young artist who suddenly finds his career on the upswing?  Suddenly they’re standing in front of a few thousand people and thinking, “what do I do with this?”

Well, the first thing you gotta do is breathe. A lot of people stop breathing onstage, literally.  It can have a lot to do with your thought process, how you sing, how comfortable you can really be. As for the show, there’s not just one way. Some people are calm and collected, some go wild and crazy. Like myself! [Laughs] But whatever you want to do, do it to the max. Don’t half-ass anything, lead with your heart, and when you move onstage move with a purpose. Folks paid money to see that.

Any dreams of folks you’d like to work with, now that you’re in a better place to call some shots?

Well, if the day ever comes that I get to work on a song with Paul Simon, I’d consider my career a success. I’m a huge fan. There’s all kinds of artists I’d like to work with … I’m a big Yelawolf fan. I’ve talked to Wade Bowen about doing some writing together. I’m really open to different things and I don’t think it happens as much as it did back in the outlaw days of Willie and Waylon and Merle jumping on each other’s stuff. I love to see that kind of camaraderie come out in music.

And now, the question that any musician who’s just busted his ass making and promoting a new album wants to hear: what do you want to do next?

Glad to say I know exactly what I want to do next! I’m already having a hard time not working on the next record. I’ve already got songs popping out of the woodwork. There’s times in my life where the writing has kind of dried up but this is not one of those times.  I’m ready to make another record!