On Tuesday, Jan. 19, the Randy Rogers Band capped a busy week’s worth of appearances promoting the release of their new album, Nothing Shines Like Neon, with a return to the same stage where the Texas country favorites launched their career well over a decade ago. Although frontman Rogers plays solo-acoustic engagements (usually with a special guest) on a regular basis at Cheatham Street Warehouse, it’s been a good long while since the whole band played the historic San Marcos, Texas venue, making the weeknight’s short-but-sweet set a rare treat for fans — and a free one, at that. Most of the 300 tickets were given away on a first-come, first-served basis on Friday (the album’s release day) at Superfly’s Lone Star Music Emporium, with 50 reserved for the first folks in line when Cheatham opened its doors the night of the show.

The full band, playing acoustic, took the stage around 9 p.m., direct from taping an episode of the Texas Music Scene with Ray Benson down the street at The Marc on the downtown square. The hour-long set ran through the majority of the new album — with highlights including “Neon Blues” and “Meet Me Tonight,” featured here — but also featured a handful of older favorites like “In My Arms Instead,” “Kiss Me in the Dark,” and of course “They Call It the Hill Country” — written by the late Kent Finlay, Rogers’ songwriting mentor and the founder and longtime runner of Cheatham Street. After the performance, the full band — Rogers, fiddle player Brady Black, guitarist Geoffrey Hill, bassist Johnny “Chops” Richardson, and drummer Les Lawless — signed autographs for the better part of an hour. 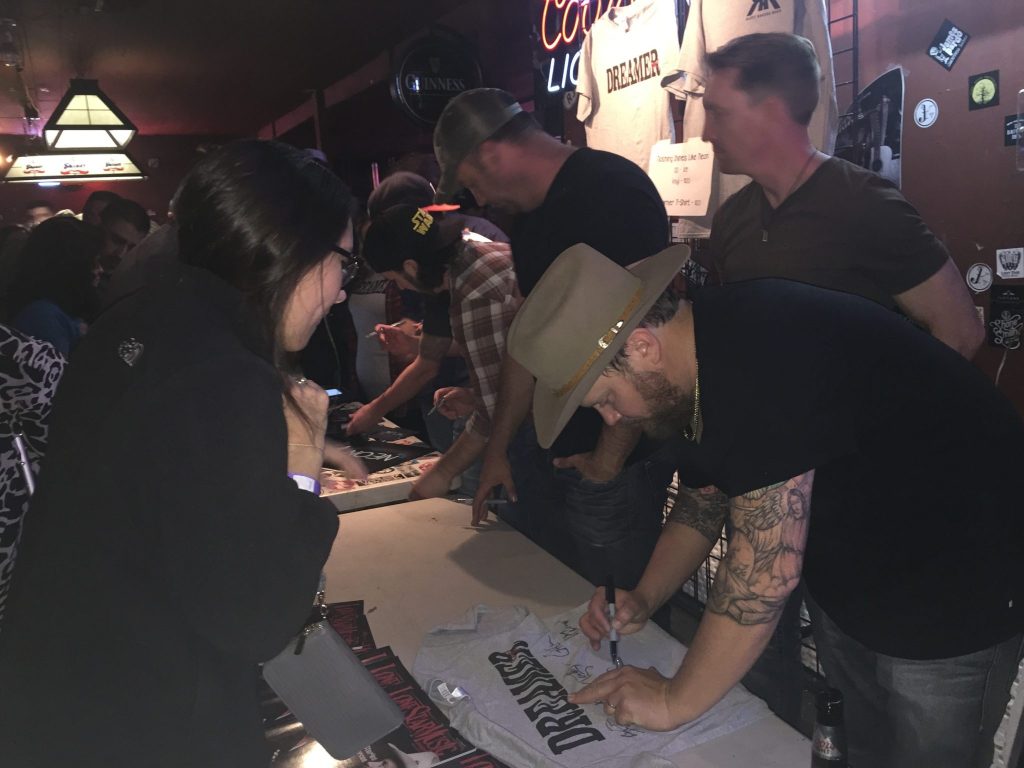 The Randy Rogers Band signing autographs at their “Nothing Shines Like Neon” release party at Cheatham Street Warehouse. (Photo by Richard Skanse)