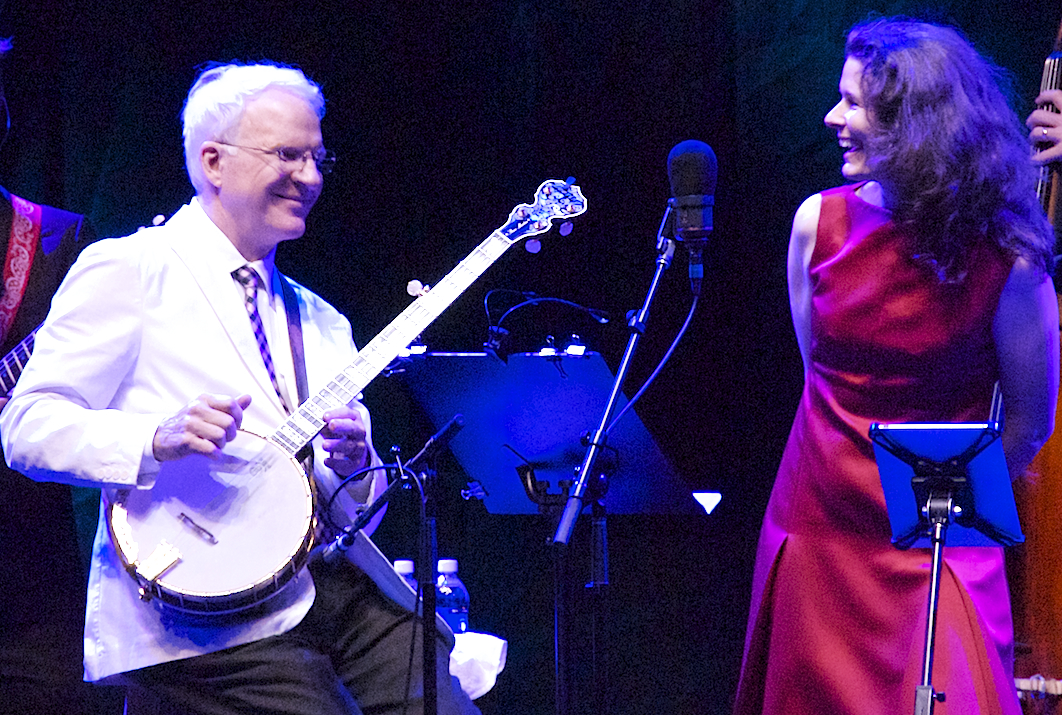 A wild and crazy guy, his banjo and a New Bohemian in Raleigh. (Photo by Lynne Margolis) 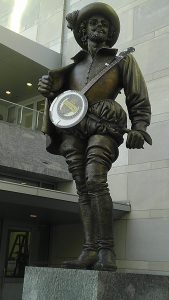 Though Bill Monroe, “the father of bluegrass,” hailed from Kentucky, genre giants Earl Scruggs and Doc Watson both called North Carolina home. Which is one reason it made sense for the International Bluegrass Music Association to move its annual World of Bluegrass Week to Raleigh, N.C., from Nashville. The state also hosts Merlefest, the spring bluegrass celebration Watson founded, and the week’s big headliner, banjo-pickin’ cut-up (and Waco, Texas, native) Steve Martin, married a Tar Heel and met his band, the Steep Canyon Rangers, there.

Raleigh — and the rest of the state — completely embraced IBMA and its activities, which included the Sept. 24-28 conference, the Sept. 26 IBMA Awards, five nights of Bluegrass Ramble showcases, and the Sept. 27-28 Wide Open Bluegrass Festival and free street festival (not to mention the intentionally coinciding N.C. Whole Hog Barbecue State Championships). Evidence of the love was everywhere, from the mock-banjo draped around the city’s Sir Walter Raleigh statue to the bluegrass exhibit at the City of Raleigh Museum and a luthier exhibit at the Museum of Regional History in Mt. Airy (aka Mayberry, Andy Griffith’s hometown). That exhibit will head to the Earl Scruggs Center after it opens Jan. 11 in Shelby, Scrugg’s birthplace. 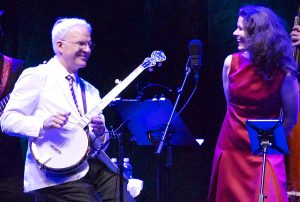 A wild and crazy guy, his banjo and a New Bohemian in Raleigh. (Photo by Lynne Margolis)

Scruggs and Watson, both of whom passed away in 2012, were invoked frequently by festival performers from Martin and the Rangers, who were joined by another Texan, Edie Brickell, to the Punch Brothers and the all-star group of Bela Fleck, Sam Bush, Jerry Douglas, Mark Schatz, Del McCoury and Tony Rice.

Guitarist Rice was inducted into IBMA’s Bluegrass Music Hall of Fame at the awards, where he shocked the audience — and moved some to tears — by calling forth his long-dormant “real voice” from his damaged vocal cords, which have produced little more than a rasp — and no singing — for two decades. He said he had sought therapy in an effort to support Alison Krauss, who had to cancel her slated appearance with the all-stars because of her vocal dysphonia diagnosis. Fiddler Paul Warren also was inducted into the Hall of Fame. The Gibson Brothers won IBMA awards for Entertainer, Vocal Group and Song of the Year (“They Called It Music,” written by Eric Gibson and Joe Newberry). Balsam Ridge won Album of the Year for Papertown. Awards also went to the Boxcars (Instrumental Group), Junior Sisk (Male Vocalist), Claire Lynch (Female Vocalist) and Della Mae (Emerging Artist). Rob Ickes (Blue Highway) was named Dobro Player of the Year for the 15th time.

Introducing Martin to a sellout crowd of 6,000 at the Red Hat Amphitheater, emcee (and fellow banjo player) Abigail Washburn told the Raleigh audience how amazing it felt for the bluegrass community “to find a home in this town.” IBMA already is contracted for two more years in Raleigh, but judging from the wild cheers and applause that met Washburn’s comment, that move could be permanent.