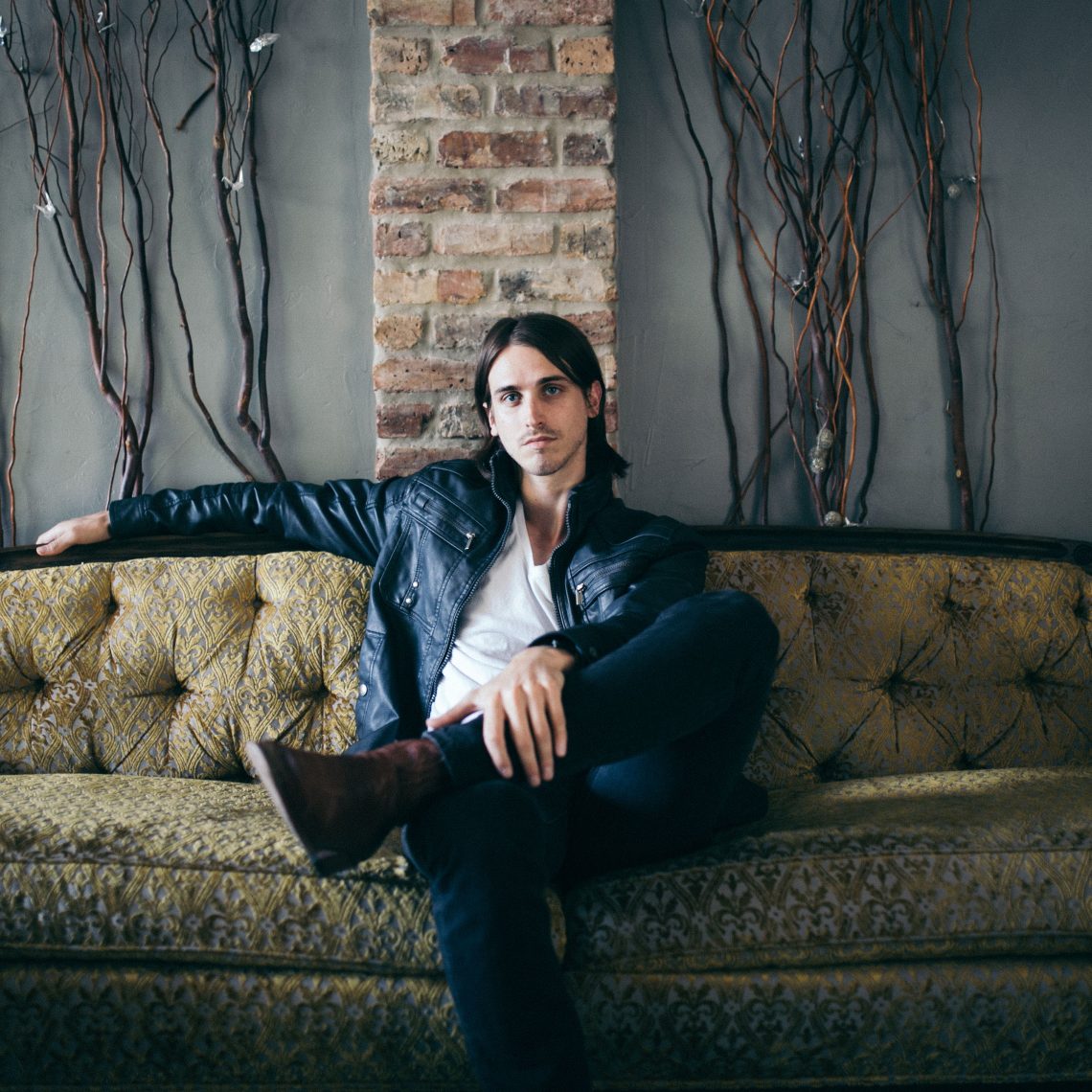 Texas singer-songwriter Troy Cartwright’s new release, the stellar five-track Don’t Fade (out Oct. 7), may only clock in at five tracks long, but it still packs quite the punch. After Bull Run (2013) and Troy Cartwright (2015), the young up-and-comer from Dallas began climbing many a critic’s must-hear list on the strength of his clever lyrics, smart melodies, and his balancing act between twangy country and slick rock roots. Don’t Fade finds Cartwright really hitting his stride with full force.

With Brian Douglas Phillips and Rob Baird at the producing board, the trio established a foundation that catered to Cartwright’s Texan croon, his crafty singalong hooks, and his canny pop sensibilities. Sharp and crisp guitar tones set the mood throughout as they soar right alongside Cartwright’s smooth, warm vocals. It’s standout single, “Busted,” is pure ear candy — like Gold-era Ryan Adams meeting the Wallflowers’ “One Headlight.” The anthem “Never Coming Back” is another immediate highlight, capturing the brazen nature of young love with candid lines about not buying her sob story and lies; still, you get the sense it’s Groundhog’s Day for the green couple. And while Cartwright’s self-assured and confident one minute, he flips it on the reserved and uncertain closer, “Arkansas.” With lines like “Is this love or is this convenience? Would I still love you despite the distance?” he captures the realities of growing up and maturing as the song fades and the ambience of wind chimes and chirping crickets surrounds you.
You had a bunch of songs to pick from for Don’t Fade. What ultimately made you decide to go with an EP versus a full length?

Originally, we were picking from 50 or 60 songs. We ended up cutting 12. When we were about to start pressing it, I was thinking that some of them, they were going to work better as a condensed unit. I knew these five all went together. They were a very cohesive group. I had kind of thought of doing it as an EP a couple of times before, so near the end, I thought it was ultimately the right move. It’s a different time in the music industry, too. It’s hard to stay visible when you release something every three years.

These five songs, you say they fit well with each other. Did they all come up around the same time?

Yeah. They came around the same time. I kind of wrote them all in the same place. I was living in this loft in Deep Ellum. They had this certain vibe to them. I think it’s a very vibey record.

You’ve co-wrote “Don’t Fade” with Clint Daniels. On Texas Music Scene, you spoke about how he was thinking of the idea as a father — freeze-framing time to capture them growing up. You kind of transitioned that idea into being about a significant other. How did that song end up going down that road?

First, I easily related to the idea. When we were writing that song … I don’t even know how to explain it. You know when you begin dating someone and you’re getting those crazy vibes about it becoming something serious and you think it’s going to work out?

Yeah! Now that I’m a little bit older, even if I know the relationship is going to work out, I realize that honeymoon phase isn’t going to last forever. Eventually, real life is going to get into the way. For me, that’s what “Don’t Fade” was about. It was about trying to keep that feeling alive.

“Never Coming Back” is the other co-write on the EP. Was that written in Nashville as well?

Yeah. The co-writer on that, Ty Graham, was actually my roommate in college. We didn’t see each other for about four years. We used to get into all kinds of trouble our freshman year in school. He was living in Nashville and I was beginning to do more work up there. I reached out to him about doing a song or something. That’s how we ended up getting into the same room. The song was pretty easy. I used to date someone … it was just us being young and dumb. We’d scream at each other and fight. It’d essentially be a breakup and then get back together again. At some point, everyone is sick of you talking about it. [Laughs] I tried to think about that when we were writing it. It wasn’t necessarily a feeling I had at the moment, but more of a reflection.

You were living in Dallas, but now you’re up in Nashville. How has that move worked out for you? What’re the differences when it comes to writing music?

When I lived in Dallas, I was writing alone almost 100-percent of the time. That’s just by virtue of what’s around you. There’s not much of a co-writing culture around in Texas, or at least that I’ve been around. That may not be true for everyone. Going up to Nashville, it’s much more of a co-writing culture. I think both have their merit. The EP is almost half and half. I find it interesting. I think it opens up a different thought process when you’re writing with someone else. You’re getting their input. I’d say that it ends up coming out a little more commercial for whatever reason. I don’t think that’s good or bad though.

Do you think part of it is because there’s compromise at different points? If you’re on polar opposites on something, you end up working towards the medium and that ultimately, is more of a mainstream point of view.

Yeah. I think it’s part of that. You’re working towards the middle. When I first started co-writing, I wasn’t sure what it’d be like. I didn’t know if you would come to these hard disagreements. But, I’ve never had a write where we came to a stalemate or something. I think it opens up your creativity a little more because you are working within parameters. It’s like if you’re building a house and you only have this certain amount of space to build it in, perhaps you design something more interesting to fill the space than you would have otherwise. I’ve always enjoyed that challenge. When you’re in a co-write, those parameters are shorter.

You said earlier that you had something like 50 songs to choose from going into the making of this EP. Has your output gone up since moving to Nashville?

I’d say it’s about the same. I’ve gotten a lot more busy as of late. We’ve been playing over a 100 shows a year the last few years, but a lot of that was local and quick runs out. That meant a lot of free time at home that I could write in. Now that we’re out on the road more, you have to be a little more diligent with your time. You have to be smarter with what open time you have. It’s almost easier for a co-write since you’re going into a room with someone for three hours to write a song. Before, it was more casual and off the cuff. It’s just different, but I’m enjoying it.

You worked with Rob Baird and Brian Douglas Phillips as your producers on Don’t Fade. Going in, were there any records you showed them as examples of what you wanted the EP to sound like?

I think the starting point was those David Ramirez records BDP had worked on. I wanted to capture that singer-songwritery vibe and feel. Obviously, I’m a huge Ryan Adams fan. Particularly, I’m a fan of that Cardinology record. It’s very singer-songwritery, but there’s still those rock elements. It has that certain feel to it. I wanted to make something that had ambient space to it, but that was still going to work in an accessible way. We tried to find that line — some of it’s deliberate and some of it’s accidental.

Next post Book Review: "Without Getting Killed or Caught: The Life and Music of Guy Clark"