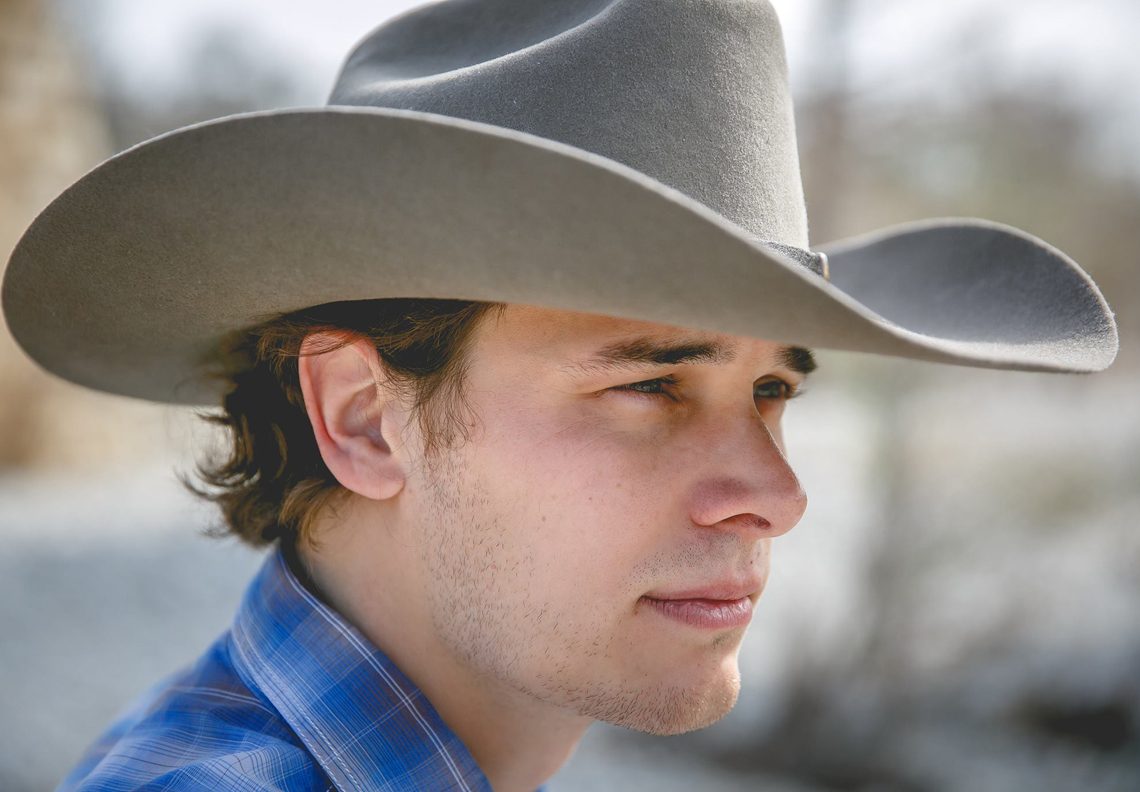 Lubbock singer-songwriter Randall King is a revivalist of sorts. While many songwriters in the state are pushing Texas Music off in directions that are more based in roots-rock, the country crooning King is trying to rekindle the spark of late ’80s and early ’90s neo-traditional country.

His newest efforts is Another Bullet, a sharp and robust five-track EP that highlights his rich and soaring vocals and appetite for honky-tonk chugging guitars. Even though it’s just 18-minutes in length, King covers a lot of territory. Slow burners like “Ain’t Waiting on You” and “Smoking Cigarettes” remind you of radio ballads by the likes of Keith Whitley and George Strait while honky-tonk ramblers such as “Hard Livin’ Illene” — a collaborative effort with fellow Lubbock songwriter Cleto Cordero of Flatland Cavalry — find King and company revving and ready to go. But the title track is the real standout. It’s on “Another Bullet” where King blends haunting pedal steel and the grand choruses of the ’90s with a healthy dose of Ryan Bingham’s sepia-toned West Texas dust.

You released your debut album, Old Dirt Road, a few years ago. Since then, you’ve been really honing in on your sound and style. Another Bullet really captures that ’80s and ’90s neo-traditional country sound particularly well. How’d you decide to go further down that road, rather than a Texas Country or Red Dirt path, which Old Dirt Road had hints of?

I think it was always there. I just had to go back to my roots. You have these specific influences in your life that always inspire you. My father, he was a truck driver. He’d always take me out on the road with him. I remember having these cassette tapes of these classic country legends like Hank Williams, Gene Autry, Gene Watson, and George Jones. I think the biggest ones for me were guys like Alan Jackson, George Strait, Keith Whitley, and John Anderson. Those four in particular, they really influenced my experience of learning what country music was. It’s that old school honky-tonk traditional country. That’s where my roots were set and I’ve just spent the last couple years really working on writing that way. It took me a little while to learn that.

Another Bullet is a real concise, sharp set of songs. Why’d you decide to go with the EP route and how’d you end up choosing these five?

We recorded the EP over at Ft. Worth Sound with Bart Rose. We had recorded 11 songs. They were all about three-quarters of the way done. We discussed either going with a 10 song full-length or going the EP route where we picked the absolute best that fit together. Meanwhile, we could also work on the remaining five and bring in some new ones and release a full-length the following year. We decided that was the best option. We picked the five that were our favorites and that fit together best. We took our time with them. I didn’t want to put a song on there that was a filler song or something rushed. You don’t need that. I wanted where we could potentially release any of the five as a single. It’s kind of the same model that Flatland Cavalry did with Come May and Humble Folks.

“Another Bullet” is influenced by Tom Blasingame, who was widely considered the last true Texas cowboy when he passed away. How’d you first come across his story?

My uncle one day sent me a link to an article written by a West Texas A&M student up there in Canyon about an old cowboy named Tom Blasingame. Tom was the last known true, genuine cowboy. He worked up at the Goodnight Ranch up around Amarillo — which is also my hometown. Tom was born in 1898 and died in 1989 so he saw literally every piece of modern civilization become a part of the world. He hated it and just wanted to live his cowboy way of life. It’s kind of the whole thing when people say they were born past their time. Tom, his whole life should have been in the 1800s. His wife lived in town so she could have electricity and he lived out in this old shack on the ranch without running water or electricity. My uncle thought he’d be cool to be a subject of a song. I approached “Another Bullet” as not necessarily the story of his life, but more of his mindset. It’s basically about the death of the cowboy life.

Cleto Cordero of Flatland Cavalry sings with you on “Hard Livin’ Ilene.” How did you decide he’d be a good partner in crime for the EP closer?

[Laughs]. Cleto’s been a partner in crime for a while now. Him, me, and Dalton been getting into shit around here for a while. He’s been a good friend of mine for a while. It’s actually really simple. I just wanted to do a song with a friend. I thought “Hard Livin’ Ilene” had some potential to be a real honky-tonk duet. He said, “Well, I’ve never done anything honky-tonk before, but I’ll give a shot.”

I heard him say you called him up to do harmony vocals and then a few hours later, he was doing half the song.

I wasn’t going to say that. [Laughs] I was trying to make it sound a little more planned. But yeah, he came in to do background vocals. It was such a high vocal part. It should have been more for a female vocalist singing it. So since the background vocals weren’t really working like we planned, we got the idea to go ahead and make it a duet. He went through that verse and when we heard it back, it was apparent that’s what it needed all along.

The Lubbock scene has been getting some more recognition as of late. One “class” of guys has really been you, Cleto, Dalton Domino, and Benton Leachman. You all started playing Songwriter Night at The Blue Light and working on your craft around the same time. How has that infrastructure and being able to get constructive criticism from your peers impacted your songwriting today?

Yeah. It was always us going up there on Songwriter Nights and playing our songs we’d been working on during the rest of the week. I think I started going up there three or four years back now. It was around then when we all met. Since then, I think we’ve all really pushed each other to write better songs. The scene here, I feel it’s honestly the best place to work on your songwriting skills. You find everyone pushing each other to be better artists. There’s some healthy competition and accountability. For years, we were sitting on a porch somewhere in Lubbock, just picking on songs.