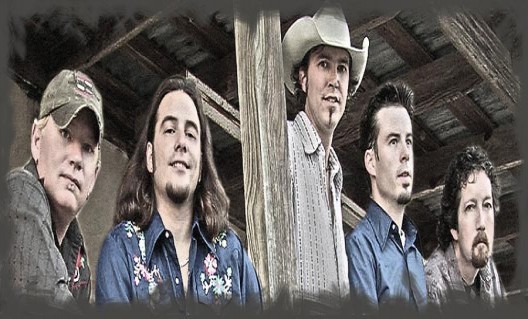 When the four original members of Cooder Graw first decided to make music together, it was merely to jam and have some fun. But the Amarillo-based band quickly took off, and today they are one of the leading groups within the Texas music movement. By 2000, they had released their first, self-titled studio record, produced by Ray Benson of Asleep at the Wheel and hit songwriter Hayden Nicholas. They followed it with two live albums and a second studio set, Shifting Gears, that helped make the band a staple at Texas radio. When their song “Llano Estacado” landed in a Dodge truck commercial that frequently aired for many months of Texas TV stations, the West Texas band with the strange moniker suddenly became a household name across the Lone Star State. With their loud and proud rocking country and a knack for writing songs that echo with music fans throughout the state, they remain busy playing gigs for their many fans and winning new ones along the way. Their latest album, Wake Up, finds the band maturing into elder statesman status in the Texas music scene. As the album hit the streets, lead singer Matt Martindale talks about the group and their music.

It’s been three years between studio albums. What took you so long to make another one?

Part of it was just that it takes a while to get money together to put out another album. Part of it was that the singles on the Shifting Gears album had some longevity to them and lasted a while. I think “Better Days” was on the charts for something like 40 weeks. And during that time we put out a Live at Billy Bob’s album. We also made some major changes in the band during that time. We changed drummers, and Kelly Test is our new drummer and he came on board about a year ago. And we parted ways with our pedal steel player. Those two changes occurred about a year ago. So over the past year we’ve been tightening up and changing things a little bit. We’ve been gelling as a band again, and I’m very glad we waited until now to put out a new CD.

How would you characterize the differences between this album and previous ones?

Did you think that the band would go this long and accomplish do much when you first started out?

When we first started, no. We thought we’d be a cover band and play one or two weekends a month and just have some fun and make a little extra money. But we started playing every weekend. And we started writing original songs. And the crowds started getting bigger and better. And before we knew it recorded a live CD and then a studio album, and we were playing big shows and opening up for Robert Earl Keen and doing things like that. Things grew rapidly and we were really lucky. And the fans in Texas want you to do well, I think, so it makes a big difference if you’re a part of the Texas music scene.

What’s the story behind the band’s rather unique name?

We were originally Coup de Gras. None of us really liked the name; it just kind of popped out. It was a term I used in college a lot. We used it for a while, and then a band in Minnesota that had trademarked that name sent us a cease and desist letter — though a nice one. So we just kind of changed it and made it redneck French, I guess you could call it. People couldn’t pronounce it anyway and it was a horrible name. Now people go, “What the hell is a Cooder Graw?” I get called Cooder; we all get called Cooder. But it works out well because it’s something no one ever heard of, so it creates a story in and of itself.

One big break for Cooder Graw was having your song in a Dodge truck commercial on TV. How did that come about?

We knew we were going to go record the Live at Billy Bob’s album. And Billy Bob’s had a preexisting relationship with Dodge. And Dodge wanted to associate themselves with the Texas music scene in some way. So they approached us prior to our recording that album about using one of our songs in a commercial. So they listened to the album and they decided they wanted to use the “Llano” song. That was they way it came about. Man, they played the heck out of that thing. And it made a big difference. Our crowds probably doubled. And with the little plug on the commercial that said “‘Llano Estacado’ from Live at Billy Bob’s by Cooder Graw,” all of a sudden people knew how to spell our name. And people knew our name and heard the song where no one had heard of us before. People who would never have heard of us and would never come see a show knew who we were. Kids were singing the song. So really, it changed our lives in more way than one.

You wrote the band’s new single, “Lifetime Stand,” which is doing well on the Texas Music Chart. Can you fill us in on the story behind the song?

I wrote it about five or six years ago, right after the first studio album. I did a little rewriting on it before we went into the studio and changed it up just a little musically. It was a song where I drew on my time as a single man. I remember going to bars or wherever it was — the grocery store or the laundromat or wherever I would go — I would look and wonder if that cute girl that I saw at the gas station or wherever was the one for me. I think we all go through that. You think, man, I know that there has to be someone out there for me. How do I go about finding that person? You have to go through that process. It’s probably the hardest thing you’ll go through in your life. I came up with the phrase laying in bed one night looking at my nightstand. And I thought, nightstand and a one-night stand. And I just turned the phrase and thought about a lifetime stand.

Is there a Cooder Graw outlook on life?

I think it’s a count your blessings kind of outlook. It may just be encompassed in the title track to the CD, which was written by Kelly Turner, our guitar player. We are lucky to get to do what we do. So we get up every day and say, man, I can’t believe that I get to make music for a living. So we get out and try as hard as we can. I look at these guys here and every one of them busts their tail every day to go above and beyond the call of duty. I think all of us feel like whatever it takes to get the job done, that’s what we have to do. I know that Kelly wrote it after being diagnosed a year ago with CML, which is chronic myelogenous leukemia. And now he’s in full remission and everything has turned around for him and us. So it’s like, hey, I’m lucky to be where I am and to get to do what I do, and lucky to have the people around me that celebrate my life and I celebrate their lives. Life is too short not to realize what you have.

And finally, the question that every musician hates to be asked. If I held a gun to your head and insisted that you describe the music you make, what would you say?

Uh, that’s tough. I don’t know. We used to call it “Texicana.” We obviously branded ourselves as “loud country.” I just hope it’s good, that it’s quality music. We don’t try to define ourselves and put labels on ourselves. We just want it to be good and whatever happens happens.