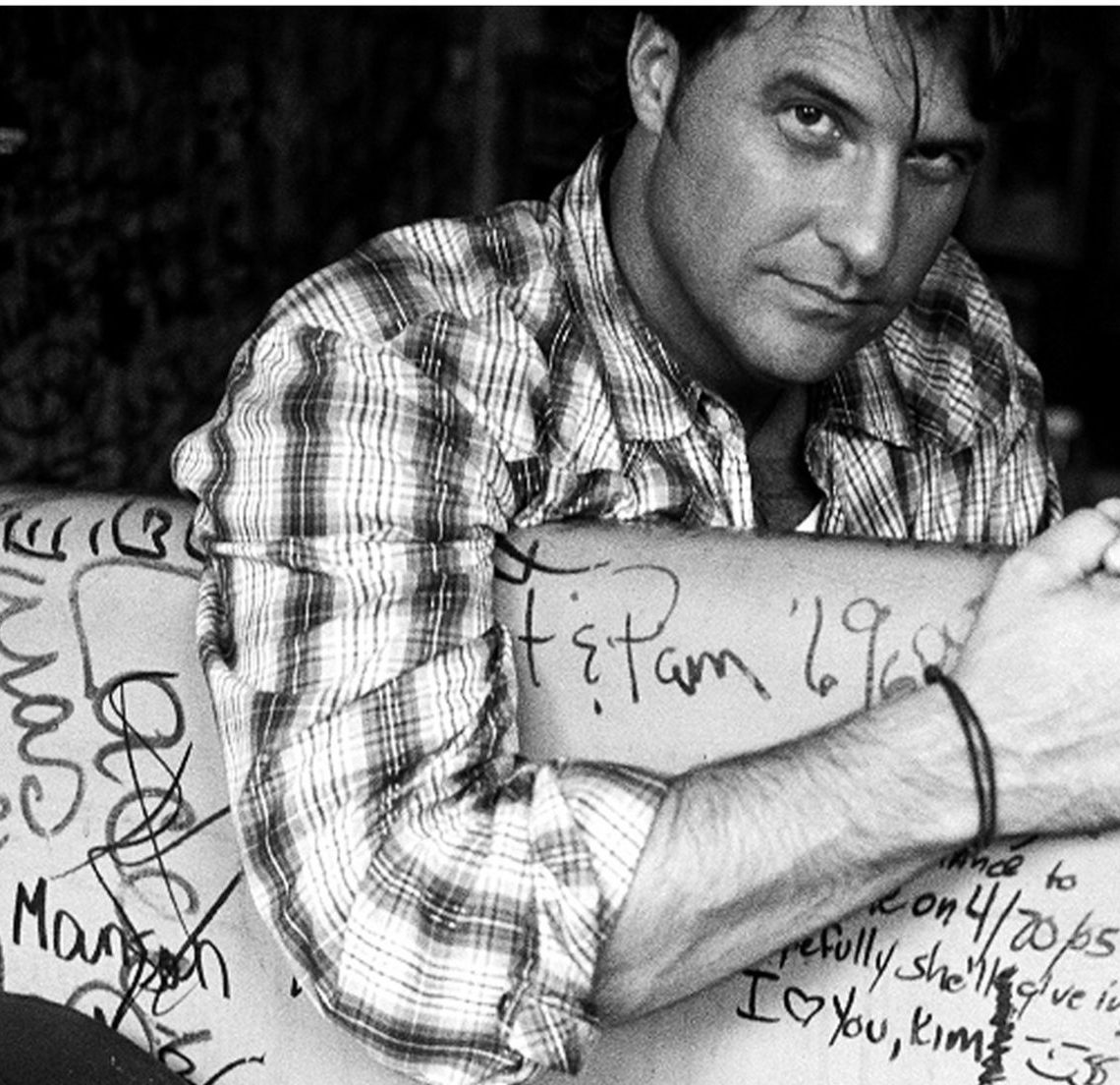 Deryl Dodd has been to hell and back. The Comanche-born Texas boy had worked his way up through the Lone Star bars to a Nashville record deal with Sony/Columbia Records. And even though he was chafing under the Music City system, by 1998, with his second album, things were looking good. His self-penned single “Bitter Truth” (written about his recent divorce) was climbing the charts. He was set for a long stretch of high profile touring as an opening act for stars like Tim McGraw and Brooks & Dunn.

But something wasn’t right. He felt fatigued all the time. His muscles started failing so badly that he couldn’t play his guitar. He started seeing double. And he went from one doctor to another and couldn’t get an accurate diagnosis. Finally, he was correctly diagnosed with viral encephalitis, an infection that attacks the nervous system. And the only way to get over it was to rest in bed for six months and then start the long road to recovery.

When Dodd did get better, it seems he also lost another affliction as well — the ability to do anything according to the modern Nashville rule book. He asked to be transferred to Sony’s Lucky Dog farm team, which focused on Texas artists making music that didn’t fit in with Music City’s manufactured style. And eventually he just packed it in and came back home to the Lone Star State. And he’s happy to be home.

After all, he may no longer be on a major label. But he’s making the music he wants to make. And the Music City upstart label Dualtone has just put out his new album, Stronger Proof, which as the title implies is a bracing shot of genuine Texas-brewed country, albeit with a modern kick. Sure, he’s not doing the big time tours right now. But he’s playing across the state. And he’s enjoying the music he’s making, and so are the people who come to hear him. In other words, Deryl Dodd is feeling better and happier and wiser after coming back from his affliction and leaving Nashville for the place where his music feels as much as home as he does.

Even though you did pretty well in Nashville — you played guitar with some big name acts, then got a major label deal, and had some songs covered by other artists — you really didn’t fit in there, did you?

I keep thinking about the things I said to people at my label that you just don’t say to them. I remember telling an executive at Sony: It’s like the old days when some big city business guys go out to some beautiful landscape in Wyoming where horses run free. And they catch a few of them and they see that they’ve got the ability to make them a lot of money, put them on a track and run them around. Take them away from their element and their freedom. Yeah, and they get fed real well and get the best treatment. But I want to run free. I don’t want a bit in my mouth.

It wasn’t what you expected when you moved up there, was it?

I was probably not supposed to sign with a major label. But they could have said this is what we want from you before they signed me. But that doesn’t happen. There’s the excitement, you’re playing shows around town, I’m playing my seven songs for 30 minutes and showcasing. And they sign me, and it’s like, that’s what they like. And they’re like, let’s forget your songs, we’ll get to them later. Let’s listen to these.

I was so passionate and so believed what I believed in that I did not understand. This is what I live for and I was at a place where I thought I was supposed to be and then I was supposed to go to that next place. And here it is and now it’s over. I’ve gotten a record deal with Sony, on Columbia Records, and I have no way to do what I do. Their whole thing was, let’s get you there first and then you can do your thing. And I was like, I don’t want to make one statement that isn’t what I’d say or what I wanna do.

When was the moment when you realized just how ill you were with viral encephalitis?

I was going through so much and didn’t even realize how beaten down I was. I was running on adrenaline. And I was drinking a lot. I was not managing myself very well. I had an infection that was probably in my chest, and I knew it was there. You usually go and get antibiotics and get some rest or something to help your body fight it. And I didn’t of course.

Being a Texan and playing football in Texas, you learn to play hurt. I went and tried to do the first show with Brooks & Dunn and Trace Adkins. The tour kicked off in Dallas, my hometown. My family was there, the radio stations, “Bitter End” was in the Top 30 of the charts. And I limped out there as best I could not to show that anything was wrong. We did 20 minutes, that’s all we had to do. I remember that well into the set, I realized, it’s over. I can’t do this. I started singing “Bitter End,” and I turned around and started crying hysterically. All the emotions hit me then. I couldn’t sing. My voice wouldn’t do what I wanted it to do. And I was trying so hard. And I turned around and sang the last chorus and I couldn’t get off the stage fast enough. I was embarrassed, I was mad, everything you could feel. I went and just got in bed and surrendered to this thing and let it run its course. If I was ever going to get back, I had to stop overloading my brain with, “I gotta get back now, I gotta get up, I gotta get back out there.” I just had to let it all go. It’s so hard to let go.

Once you started to recover, wasn’t it a fellow Texan that inspired you to get back into playing music?

I was really getting right about it all with my spirit. And I felt like, I can still write songs and get my music out there that way. But I wasn’t going to play music again — I wasn’t going to be able to play lead guitar or banjo or steel and wear it out like I used to. Or sing. That was in 1999, and the documentaries were coming out about Lance Armstrong and his illness and now he was back. Man, it gave me hope. This guy’s been through a lot worse than me. It really, truly gave me something to try a little harder and hang in there. And I started getting out my guitar and playing it, and I could make a chord and make a sound on it. And very slowly I got back out again, like a year later, and play an acoustic show. It was an in-the-round thing with other people. Friends were out there to support me. And I was terrible. But I was on my way back because I had this confidence. And I had a reason to get back. Music was my healer.

What did the folks at Sony think when you asked them to be demoted from the big Columbia label to Lucky Dog?

They couldn’t believe it. They were like, “What? You can’t do that.” But I said that this has happened since I came back and that’s where I belong. They had this guy Charlie Robison, and I knew Jack Ingram. I’ve heard these records. I’m not them, but I want to go over there and make my brand of what I do. They were saying, “Well, you’re going to be regionalized now.” I was like, “Whatever you wanna call it, I’m gonna do it.”

What brought you back to Texas?

When I made Pearl Snaps on Lucky Dog, I was feeling good about things. It was like, I’m back, I’m in a better place, and I’m on Lucky Dog. I’ve done some national stuff, I’ve got some presence there. It’s only been a couple of years. I really think we could do something. Nope. They were done. So then I went around to some of the people who’d said, “Man, if you ever get unhappy with Sony, call us. We love what you do.” I made those phone calls. Don’t know where that love went. I realized very quickly that I hate this town. And I’m going back to Texas.

So how does it feel to be back home?

I’m loving life now. I’m nowhere any more successful financially than I used to be. But I’ve learned to let go and let God. And to rest in that makes the little things not seem so big, because I’m going to be all right because I am doing what I am supposed to be doing. That’s the way I believe. And things now are so rewarding. I’m myself and I do whatever I want to do, and people react to that. And that’s artistry. I couldn’t say I planned on almost dying. But I guess it validated me. Because when I am up there singing, you can believe what I am talking about.