Q&A: Cody Jinks He's "Not the Devil," but he is an outsider of both the Texas country and the mainstream — and he's happy to keep it that way. 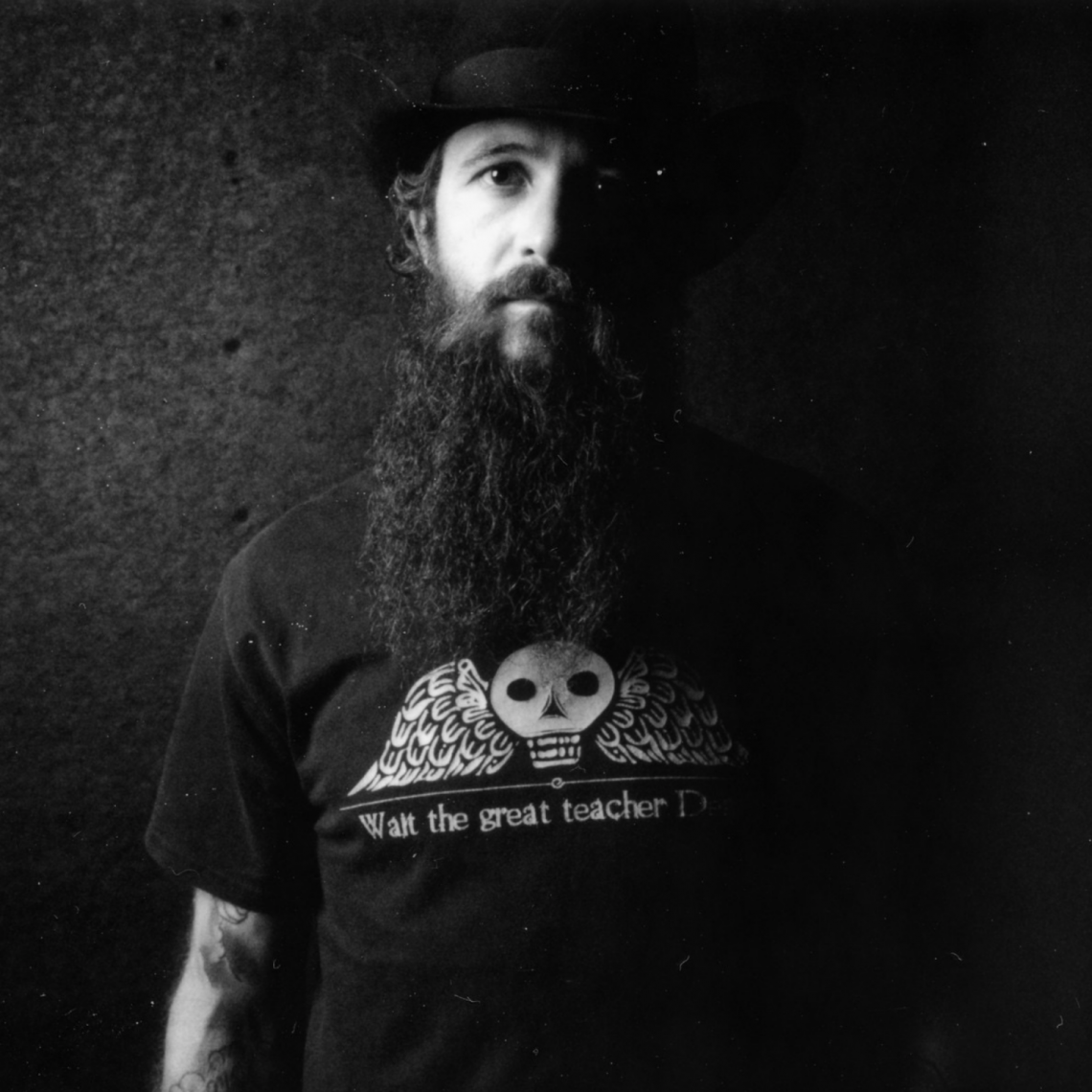 With an impressive beard, rich baritone and some artfully applied tattoos, it’s not a surprise — on the surface at least — that Fort Worth’s Cody Jinks isn’t a pop-flavored type of country songwriter. Even in the edgier indie country and Americana realms, it’s not often that you hear an artist describe honky-tonk style tunes as “apocalyptic,” but, if anyone can and will, it’s Jinks. One would expect nothing less from a guy who used to front a thrash-metal band.

All that said, though, don’t go mistaking Jinks for some opportunistic genre-hopper trying to crash the Americana party. He grew up listening to and loving Merle Haggard as much as Metallica, and he’s earned his true country credentials the honest way: by hitting the road hard for more than a decade and releasing five albums — DIY style, naturally — characterized by traditional, old-school country warmth cut with tell-it-like-it-is lyrics that don’t bend to Music Row guidelines. Along the way, Jinks has proven himself a popular draw in rooms across the country, even though he’s long remained under the buzz-hype radar. Even in his home state, he’s always been a bit of a lone wolf — and proud of it. In his 2010 song “Hippies and Cowboys,” he confidently sang:

“I’ve never been a part of any musical scene
I ain’t just talking Nashville, if you know what I mean
They don’t write about me in their magazines
And I don’t ask for no reviews on the songs that I sing
I never had a lot of friends and I’m alright by that
But people keep on coming back.”

As well they should. Jinks’ latest record, I’m Not the Devil, finds the hard-touring troubadour in top form as usual, whether he’s doing the late Haggard proud on a cover of “The Way I Am,” evoking the earnest charms of ’90s country at its best on “She’s All Mine” or baring his heart and soul on the straight-shooting title track. And though may never hear any of those songs on mainstream country radio, the record’s already off to a sure-footed start that bodes well the independent artist’s continued momentum; released Aug. 12, the album has spent most of its first week holding its own in the Top 10 of the iTunes Country Album Sales Chart. We caught up with Jinks over the phone just before he hit the road for a set of dates with kindred real-deal spirit Whitey Morgan to talk about his songwriting, his unabashed love for ’90s country radio, and the secret to his own kind of success.

Although you play traditional country music, your lyrics often find a way to challenge the listener even when the music is familiar and comfortable.

There is some straight honky-tonk stuff on the new album, but I do think there’s a lot that will challenge, too. It’s not that there are any hard rock songs but there are still some heavy sounds and certainly heavy themes. I like making things both approachable and challenging. The greatest compliment I can get is when someone tells me their Grandmother loves my stuff even though she doesn’t like any current country music. When I hear that, I feel like I’m doing my job.

“She’s All Mine” from the new record is an up-tempo fun song that has a very ’90s country feel to it. Are you influenced by country radio from that era?

That era is my wheelhouse, so absolutely. That was when King George was still the king. From around 1983 until 1996, I mainly listened to current country, so that certainly shows up on this record for sure.

I’m Not the Devil’s title track, even more than the other new songs, sounds highly autobiographical. Did that song come from a real-life serious talk with your wife?

That song is based in real life, but I don’t want to get too specific on the actual conversation it came from. I wrote that song with my friend Ward Davis who came in at the end of recording the album with the idea for that song. He had a great idea and a chord progression and we hammered it out really quick. We decided to leave the song open-ended in terms of what the main issue is; it might be cheating or falling off the wagon or something else. But for me, I’ve been with the same woman for 19 years, so I do know there have been plenty of times when a wife thinks her husband’s a piece of shit. [Laughs]

Does not divulging the specifics behind a song you write help keep it relatable to the listener?

I think it does, and I try to make it so there are a lot of ways to look at my songs. People will tell me what they think a song is about, and I think it’s awesome when they tell me something that I’ve never thought about before for that song.

As your crowds have gotten larger, and your touring continues to spread out, has there been any ah-ha moments where you’ve been surprised at how good things are going for you?

I’ve had a couple of those moments for sure. A couple of times at my own shows, I’ve looked out to see three, four or five thousand people there just to see us play, which is amazing. I also feel that when I’m billed with someone I’m really stoked about like Leon Russell or the night I opened up for Sturgill Simpson last summer. But that was more of an “oh, shit!” moment that I didn’t want to mess up as much as anything else.

You’ve been recording and touring for a long time now. But you aren’t a “Texas country artist” so much as you’re a country artist that happens to be from Texas. Is that a fair assessment?

I agree with that assessment 100 percent, really. That distinction is something I’ve honestly fought for years. It’s not that I don’t like the people involved in the Texas country or Red Dirt scene, but just because I’m from Texas; it doesn’t mean I’m the same as everyone else. I’ve never really played at any of the big festivals that you see those bands playing and I just really don’t know those guys. I have played many of the same places as those artists for 10 years, but I’ve just never fallen in with that crew. As much as I love my home state, I just don’t see how someone can tour Texas and Oklahoma so much. I tour coast-to-coast and I enjoy getting out and seeing new things. I just do things differently and run my business differently, I guess. I mean, there have been times I’ve played to 400 people in Minneapolis, and a few nights later, there are only 12 people to see me in Houston. Can you explain that to me?

But you’re now playing to big crowds in cities where you once didn’t have a following at all. How does that happen?

So much of that can be happenstance. My theory is that as long as there are more people this time than there were last time, we’re doing something right. Touring as much as I have with Whitey Morgan has helped us in markets we might have had to fight harder in otherwise. There have been cities where we draw four people one time, then the next time there’s hundreds, so that’s our goal.

That can’t be blind luck all of the time, though. What have you done that’s directly led to winning more fans in far away markets?

We stay out on the road for a long time and we keep putting out new music. For 10 years, it’s been a grassroots thing for us and it’s been a slow build. We’ve played bowling alleys in Wisconsin and have done it the hard way. But we think that’s the way to ensure we get to always do things our own way.