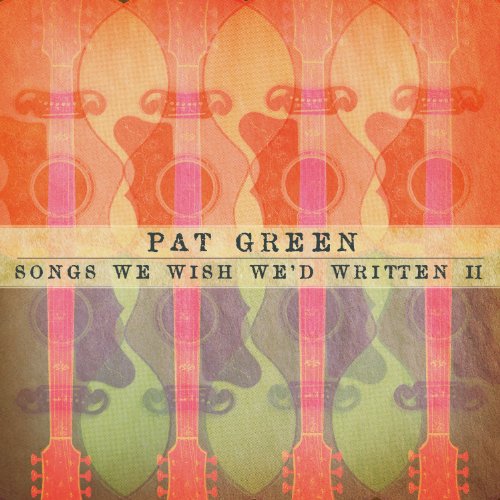 It’s been three years since Pat Green released his last album, What I’m For — and a fair spell longer than that since he was warmly embraced by stubborn Texas country fans who brushed him off as soon as he set his sights beyond the Lone Star State. Songs We Wish We’d Written II, his debut on indie-label Sugar Hill after leaving the majors, suggests a conscious bid to reclaim his old turf — not via songs about floating the Guadalupe and hitting the dancehalls, but by revisiting the theme and spirit of his hugely popular 2001 covers album collaboration with Cory Morrow.

Like the original Songs We Wish We’d Written, which tossed songs by Blind Faith and Stealers Wheel into the mix with Billy Joe Shaver, Merle Haggard, and John Prine, the track list for this year’s model is a bit all over the place, running the gamut from Joe Ely to ’90s rockers Collective Soul. But unlike the first Songs, Green’s name is the only one on the cover this time — though the “we” in the title isn’t necessarily the “royal we,” given that he’s joined by guest-singer friends on many of the tracks. Morrow’s one of them, trading verses with Green on Lyle Lovett’s “If I Had a Boat”; others include Jack Ingram (on Todd Snider’s “I Am Too”); Monte Montgomery (on Warren Haynes’ “Soulshine”); and Ed Roland (on Collective Soul’s “The World I Know,” which Roland actually did write).

Let’s call a spade a spade, though: Regardless of how many people he shares the mic with here, let alone who wrote the songs, this is a Pat Green album, conceived and recorded to tide fans over until his next record of new material, and aimed at an audience that’s probably going to judge it on his own merits rather than by the guest list or by comparing the covers to the original recordings. No Joe Ely fanatic is likely going to favor Green’s take on “All Just to Get to You” any more so than they’d prefer his version of “Me and Billy the Kid”; but as a potential sing-along anthem at Green’s own concerts for the foreseeable future, it’s pretty much a sure thing. Ditto Jon Randall’s “Austin,” and most certainly Walt Wilkins’ “If It Weren’t for You,” considering Green’s successful track record with Wilkins’ material. He has a harder time putting a convincing stamp on “The World I Know,” which is what happens when you have the original singer of a massive rock radio hit duet with you on a cover of his own song. What really is surprising, though, is how successful Green is in pulling off the most famous song here: Tom Petty’s “Even the Losers.” It’s the kind of the classic rock staple you’d expect him to bash out full-throttle, ham-fisted bar-band style, but he keeps his inner Hearbreaker in check and goes for a more introspective approach. Bruce Hornsby-style piano drives the arrangement, with tasteful strings coming in on the chorus instead of crashing guitars, and Green’s vocal throughout is warm, heartfelt and on the money. Love Green or not, there’s just no getting around the fact that it’s a great recording. Green may still have a ways to go before finding his way back to the top of the Texas music hill, but if he brings even half that much artistic savvy to his next album … well, he just might get lucky. — RICHARD SKANSE

Next post Lincoln Durham: "The Shovel [vs] the Howling Bones"