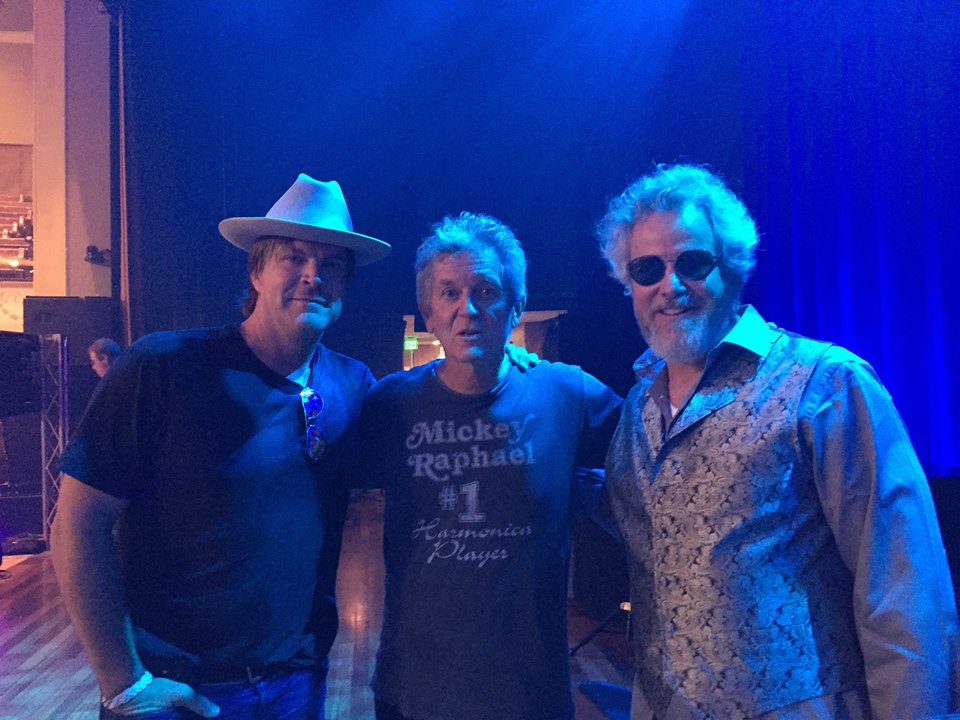 Texas in the House: Jack Ingram, Rodney Crowell, and Robert Earl Keen at the Ryman for Tuesday night's "Guy Clark: A Celebration." (Photo by Kathleen Keen)

Joe Ely, hair white and posture ram-road straight, leaned into the mic and half-whispered, half-sang, “I ain’t looking for trouble, I can’t stay here tonight / I got to leave here on the double, if I want to see the morning light …” The opening lines of Clark’s “Magdalene” came with a great deal of dignity, a fair amount of urgency, but never a spec of nerve.

In many ways, it struck the perfect emotional chord for “Guy Clark: A Celebration,” the 20-artist tribute to the iconic songwriter who passed in May. Virile, protective, rogue, romantic. Never one to flinch or falter, Clark’s songs balanced elegance with brio, virility with tenderness.

The classic Texans more than brought it. Terry Allen told the story of his son finding the family dog shot — and Guy responding “Let’s write a song about it” — before playing the terse “Queenie’s Song,” while Jack Ingram delivered a slow building “Desperadoes Waiting for a Train” that featured Willie Nelson vet Mickey Raphael’s bluesy tinged harmonica and Robert Earl Keen offering the stoic “Let Him Roll” before being joined by Lyle Lovett for “Texas 1947.”

From the moment Jerry Jeff Walker kicked off the show with “L.A. Freeway,” it was obvious the promise host Vince Gill had made — “a 3-hour show where not one song sucks” — was going to be made good. Backstage a sign read “Guy Clark’s songs are more interesting than your stories” — reminding artists to keep their personal anecdotes to a minimum in favor of letting Clark’s repertoire do the talking.

Talk it did. Whether the aching soul take on “Hell Bent On a Heartache” from Chris and Morgane Stapleton, a romping take on “New Cut Road” from Bobby Bare, a slightly saucy “Rita Ballou” from Gill or a slightly attenuated, deep-groove take on “Dublin Blues” from Gillian Welch & Dave Rawlings, every artist dug down to scrape the marrow from Clark’s songs. As diverse as the artists were, each song seemed custom cut for the artist singing and the moment at hand.

Emmylou Harris spoke of several artists privately recording Guy’s songs for his 60th birthday at the behest of his wife Susanna, then recaptured “Immigrant Eyes” with the pride of those who came to this nation. She later brought sweetness to the down ’n’ out pledge “Anyhow, I Love You” with Lyle Lovett.

Lovett — as much as anyone — embodied Clark’s power of inspiration. Before lovingly playing “Step Inside This House,” he told of meeting the tape copy guy at the publishing company the songwriting legend wrote for — and giving the low level guy his demos, hoping one day Clark would hear them. For a year before the two would be introduced, Lovett would meet people who’d tell him Guy Clark had turned them onto his demos. 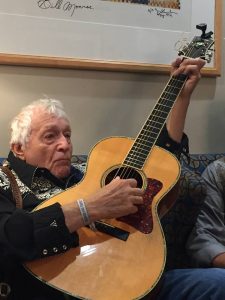 With an approximated song swap between Steve Earle, Ramblin’ Jack Elliot and Sam Beam (Iron & Wine), the trio moved through “Last Gunfighter,” the campfire standard “Old Shep” and an elevated take on “Out In the Parking Lot” demonstrating old West charisma, classic roots and a near cosmic take on a portrait of post-gig reality. Sam Bush churned up “Baton Rouge” with gusto, while Harris, Angaleena Presley and Welch conjured pure joy from “Homegrown Tomatoes.”

In many ways, Clark’s thread shot through ‘80s mainstream country, having penned Ricky Skaggs breakout No. 1, “Heartbroke,” as well as “She’s Crazy for Leaving,” one of the five chart-toppers from Rodney Crowell’s seminal Diamonds & Dirt. Both Skaggs and Crowell were on hand to perform those hits with full-throttle gusto, a reminder that great, playful and country radio could all co-exist.

Not that Clark aspired to be the king of modern country music. Yes, everyone from Johnny Cash and Waylon Jennings to Brad Paisley with Alan Jackson and Kenny Chesney cut his songs, but Clark’s finest moments were more intimate and small. To that end, multi-instrumentalist/vocalist/sometime bandmate Shawn Camp brought the legend of “Sis Draper” to life one more time, and compadre Verlon Thompson added a patina of mourning to the empowerment tale of “The Cape.”

It was fun. It was simple. It was heartfelt. After all that, only one song could possibly finish the night. If Crowell’s “Stuff That Works” — sharing acoustic guitar and vocal duties with best friend Vince Gill — had been a summation of who Clark was, Thompson’s gentle reading of “Old Friends” was the perfect benediction. Eventually leading the assembled fans through a repeated chorus, the message was clear: However rough life is, friends are the greatest treasure you can posses; celebrate them every chance you have.