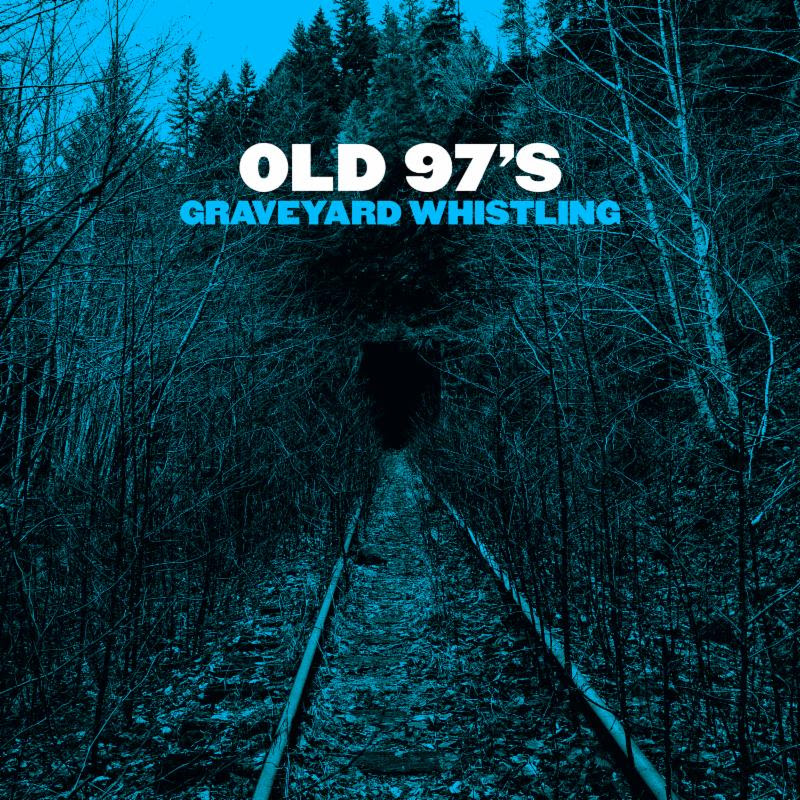 Going all the way back to their 1994 debut, Hitchhike to Rhome, Dallas’ Old 97’s have never made a bad record. Some have arguably been more lovable than others, but at bare minimum, every new studio platter served up by lifers Rhett Miller, Murry Hammond, Ken Bethea and Phillip Peeples guarantees at least a couple of undeniable instant catalog classics. To wit, as doubtful as it may be that any fan counts 2004’s uncharacteristically dour Drag It Up as their favorite 97’s record, “The New Kid” still beats all when it comes up on shuffle or crashes the odd setlist — and both volumes of 2010/2011’s not especially memorable The Grand Theatre had their share of legit gems, too. But every now and then, the Old 97’s really outdo themselves with an end-to-end great album: 1997’s practically-bulletproof Too Far to Care certainly fits that bill, as does 2000’s Satellite Rides, which shock-and-awed the unsuspecting alt-country scene with an all-out blitzkrieg of the most perfect power-pop this side of Cheap Trick’s Heaven Tonight. Most recently, they hit the bullseye with 2014’s Most Messed Up, a triumphant 20th anniversary blow-out that swaggered with a reckless, cocksure abandon made all the more convincing by the fact that it felt both hard-earned and so casually effortless. Pitted against the younger 97’s of say, 1999’s Fight Songs, the bemused, battle-seasoned 40-somethings responsible for the matter-of-fact braggadocio of “Longer Than You’ve Been Alive” wouldn’t have broken a sweat in showing them what’s what.

The takeaway? However many years and hundreds of thousands of miles this battered old train may be out of factory warranty by now, America’s most reliable roots-pop band of the last quarter century is still very much up to the task of beating its best and raising its own bar. Song for song, the new Graveyard Whistling doesn’t quite top its immediate predecessor, but damned if the band’s 11th studio album doesn’t come at least as close to the mark as 2008’s underrated Blame It On Gravity.

As opening Old 97’s album tracks go, “I Don’t Wanna Die in This Town” is closer in spirit to the rolling boil of “Won’t Be Home No More” or “Jagged” than the ecstatic rush of “Timebomb” or “King of the World” — and it’s got nothing on the rakish charm of the afore-lauded “Longer Than You’ve Been Alive” — but it sizzles with a palpable restless tension and builds up to satisfying head of steam by the time Miller’s narrator makes good on his escape plan, stopping just long enough to try to sway “a wide-eyed girl, workin’ at a counter wastin’ her life” into vamoosing with him. The momentum sputters a bit with the following “Bad Luck Charm,” a paint-by-numbers (lyrically and musically) twang-banger that sounds a little too much like a handful of better songs from the band’s bygone Bloodshot days for its own good, but it’s just hooky enough to be spared the skip button, even though all the really good stuff is cued up right after it. The intriguingly meditative “All Who Wander” juxtaposes brooding, pedal-steel-washed verses with a soaring chorus as Miller, perhaps still in character as the restless soul of “I Don’t Wanna Die in This Town,” hits an existential roadblock and wrestles over whether he should try finding his way around it or just wallow in defeat: “I must cling to that which kills me, I must lose my heart’s desire / I must wind up warm and wasted with a flatscreen for a fire …”

Sound a tad too heavy? Fear not, because salvation comes quick via “Jesus Loves You,” a riotous album highlight that plays like a sorta “cad strikes back” answer to fellow Texan Hayes Carll’s “She Left Me for Jesus.” “You can talk to him all night but I’m right here,” argues Miller, slipping back into character as the self-styled “serial lady killer” of “Barrier Reef” fame. “He makes wine from water, but I just bought you a beer / You say Jesus loves you, and I say what about me?” One song later, he’s pleading his case before the Almighty himself in “Good with God” — or rather, pleading it to God herself, as played with righteous fury by duet partner Brandi Carlile: “You should be scared, I’m not so nice,” she bellows in response. “I made you up and I’ll break you down / I’ll do it slow, how does that sound?”

It’s may be a rhetorical question, but thanks to the 97’s patented hot-rodded rockabilly rhythm (propelled as much by Miller’s hyper-kinetic acoustic strumming as Hammond’s bass and Peeples’ drums) and lead guitarist Bethea’s reverb-laden surf licks, the answer to how “that” sounds is, as ever, like a turbo-charged rush. Even though Graveyard Whistling overall feels a tad more constrained than its “Wheels Off” predecessor (Miller has noted that one of the working titles for the album was The Hangover), rest assured there’s still far more Saturday night than Sunday morning at play here — especially on the second half of the record, which jumps the tracks in the best hold-onto-your-butts kinda way all through “Irish Whiskey Pretty Girls,” the Hammond-sung “Nobody,” and especially “Drinkin’ Song,” a throw-away rave-up that’s every bit as fun and deliberately dumb as its title sounds. But it’s the other three songs on Side 2 that really stand out. The terrific “She Hates Everybody” is a deceptively sunny sounding honky-tonk shuffle about a glass-half-empty kinda guy who sleeps with one eye open, wary of the day when his misanthrope lover will turn on him, while a sharp left turn into slow-burning, spaghetti-western noir finds the self-loathing narrator of “Turns Out I’m Trouble” pleading “don’t leave me alone with myself” while simultaneously draping himself in a red flag of warning lest anyone else suffer collateral damage: “I ain’t kicking ass, I’m only taking names of all the decent-hearted women I made cry.”

It’s a beauty of a bummer that only makes the redemptive bonhomie of the closing song all the sweeter. “Those Were the Days” is the perfect showcase of the Old 97’s at their most joyous and irresistible, part fond nostalgia and part celebratory toast to the present and future: “Pour a drink for what’s next / when the judgment has come / any way you can think of to have fun / we’ll get it done.” As for whether Miller’s addressing a soulmate or the band of brothers he’s been running with now for 24 years, well … same difference. — RICHARD SKANSE