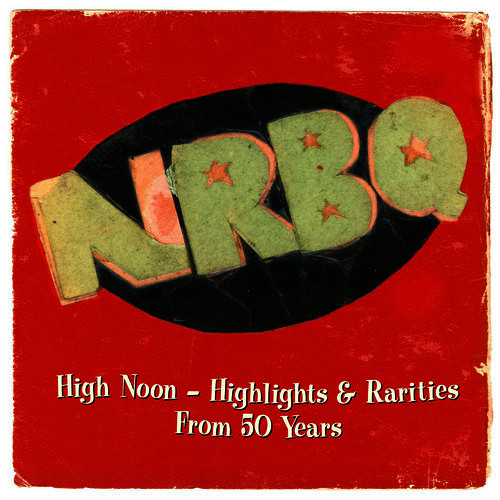 Over half a century of lineup changes, record-company breakups and grueling roadwork, NRBQ has remained true to its audaciously inclusive musical version, channeling a bottomless wellspring of R&B, country, avant-jazz, thrift-shop detritus and pop-culture marginalia into joyous, inspired rock ‘n’ roll that sounds like nobody else. Q fans often insist that the spontaneous, unpredictable combo needs to be seen live to really be appreciated, and there’s some truth in that. But it’s equally true that NRBQ’s various incarnations have made a ton of records, all of them distinctive and many of them utterly transcendent.

NRBQ’s long, unruly career has been anthologized several times previously, but never as voluminously or authoritatively as the five-CD, 106-track High Noon, which distills five decades’ worth of music-making with intelligence and loving care. With the five discs divided by time periods and programmed for listenability rather than chronology, it’s a consistently magnificent listen, although the decision to lead off with a disc’s worth of keyboardist Terry Adams’ current NRBQ lineup (a fine band, but not the definitive one) smacks of internecine score-settling.

Despite the inevitable omission of some favorite tunes, High Noon touches on all the necessary bases: the original ’60s lineup’s blissed-out mischief (“Ain’t It All Right,” “Dr. Howard, Dr. Fine, Dr. Howard”), guitarist Al Anderson’s howling bar-band swagger (“Crazy Like A Fox,” “Get Rhythm”), bassist Joey Spampinato’s dreamy pop gems (“Rain at the Drive-In,” “If I Don’t Have You”), along with irresistible, infectious rock ‘n’ roll (“Ridin’ In My Car,” “Me and the Boys”) and impish swing (“I Got a Rocket in My Pocket,” “RC Cola and a Moon Pie”).

The set also unearths a smattering of rarely-heard obscurities — including 1973’s elusive “Get That Gasoline Blues,” which actually became the band’s highest-charting single at the height of the energy crisis — along with some well-chosen live tracks that hint at the Q’s stature as a peerless performing unit.