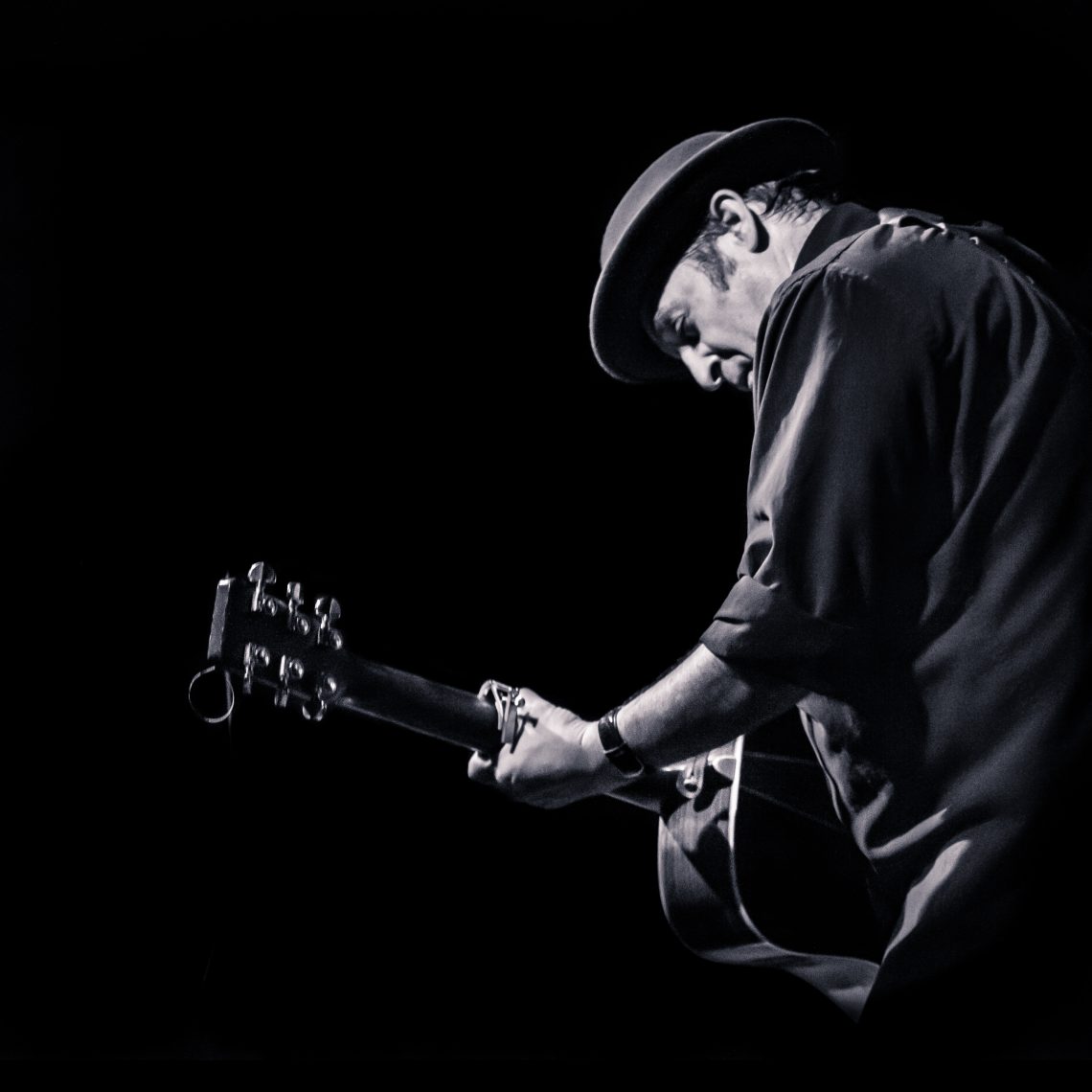 “Greg Trooper has got to be on our list of our finest contemporary songwriters,” Bragg once stated.

“Greg Trooper is a songwriter and performer who deserves about 12 times the attention he’s received,” wrote noted rock critic Dave Marsh. “He knows how to play rock against country and folk and position the pressures of adulthood against the longing for adolescent freedom.”

The New Jersey native began frequenting the folk clubs of New York’s Greenwich Village in his teens. He moved to Austin for a one-year stint in 1976, before moving to Lawrence, Kansas, where he attended classes at the University of Kansas, and took his first serious stabs at performing, with his band the 11th Street Rhythm Method, which played around the Midwest for almost two years.

Trooper returned to New York in 1980, where he spent the next decade and a half fronting the Greg Trooper Band, which released its first album, We Won’t Dance, in 1986.  He received key career boosts when Steve Earle recorded his “Little Sister” (it was released overseas as the b-side of Earle’s “Copperhead Road” single in England), and when Vince Gill covered Trooper’s “We Won’t Dance” for his 1989 album When I Call Your Name.

In the liner notes of Trooper’s 2003 album Floating, Earle wrote, “I met Troop at the Lone Star Café in New York in the summer of 1986. I was hammered when I got there and in even worse shape when I left. When I came to on an airplane halfway back to Nashville the next day, the only thing I could remember was one amazing song called ‘Little Sister.’ I never forgot it … I learned it and I sang it for audiences, and sometimes while I was up there singin’ it I would pretend, just for that three minutes, mind you, that I’d written it myself.”

The success of the Gill cover helped to win Trooper a publishing deal with CBS Songs, which led to him becoming a frequent visitor to Nashville. In 1995, he relocated with his wife Claire and son Jack to Nashville, where he recorded albums produced by Buddy Miller and E Street Band bassist Garry Tallent. Trooper’s ’90s releases Noises in the Hallway, Popular Demons and Straight Down Rain helped to establish his reputation as a rare talent, as did his prolific touring schedule, which often saw him spending more than half of the year on the road.

Trooper continued recording and touring in the ’00s, releasing the live Between A House and a Hard Place: Live at Pine Hill Farm, produced by Eric Ambel, and Make It Through This World, produced by fellow tunesmith Dan Penn. Rosanne Cash and Emmylou Harris contributed backing vocals to some of his Nashville sessions. Trooper was also a featured performer during the annual Freedom Sings benefit concerts at the Bluebird Café.

Trooper returned to New York in 2008, continuing to release new material, including his last studio album, 2013’s Incident on Willow Street. He continued to write and perform after receiving his cancer diagnosis in the summer of 2015, telling an interviewer that musical activity “helped [him] to feel normal,” and adding, “there’s an enormous amount of comfort in being able to play music.” Trooper’s final album release, Live at the Rock Room, was recorded in Austin in January 2015 and released that June.

Trooper’s passing inspired an outpouring of testimonials on social media from a wide variety of friends, colleagues and admirers, underlining the esteem in which he was held by his peers.

“When I think of you Greg, I’ll recall a friend,” wrote Ray Wylie Hubbard in a tweet linking to a live video of Trooper’s “When I Think of You My Friends,” from his 2006 album Make It Through This World. “Thank you for sharing pieces of your soul with us.”

Allison Moorer called Trooper “a mighty fine singer, songwriter and man. Heaven is lucky to have gained his sweet voice and powerful, sweet soul. And we are less here, because we’ve lost him.”

Gurf Morlix called him “one of the world’s finest human beings, and a great songwriter.”

John Fullbright posted on Facebook, “Greg Trooper — I’m gonna miss you. You were such an East Coast bulldog but the softest heart. Forgive my tears. I’ll keep my chin up.  You live forever through song.”

“He was my friend for a long time,” wrote Eric Ambel. “The cancer didn’t really take him off of his chosen path but it put challenges in the way. Greg was good to his family and his friends … Troop has left us with a lot to think about and a lot to be thankful for. And much of that remains in his wonderful songs.”