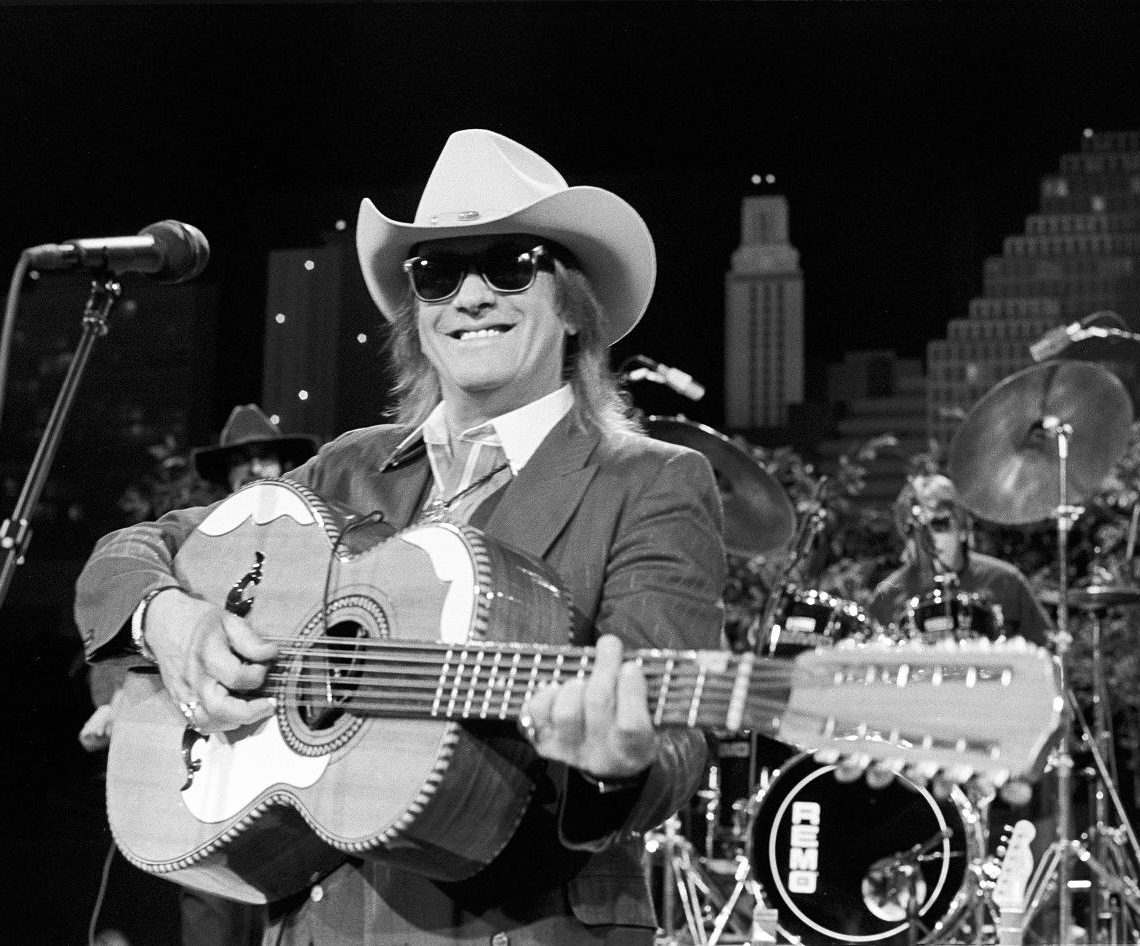 Douglas Wayne Sahm, the Godfather of San Antonio rock ’n’ roll, hit the mainstream only a couple times in his 40-year musical journey, once early and once late. For the casual listeners, the oldies radio fan who would know “She’s About a Mover” from it’s place alongside other iconic singles by bands like the Dave Clark Five and the Beau Brummells, or the C&W jukebox patron who’d toss on “Who Were You Thinking Of” between George Strait and Clint Black hits, there are a lot of dots to connect. For Rolling Stone mag readers and seasoned Texas music trippers, the path to conquering the Sir Doug catalog may be a bit more simple.

Although a steel guitar prodigy howling in a pre-pubescent twang cut a single for the Sarge label as “Little Doug,” we’ll start a few years later. San Antonio was home in the late ’50s to a few nightclubs on the predominantly African-American East Side of town that played host to the “chitlin’ circuit” acts of the time, like Bobby “Blue” Bland, Ike Turner and Junior Parker. The touring acts all inspired the local players to raise their game, and sax man Spot Barnett was one local who could hang with the best of them. Barnett extended his generosity to the young hispanic and white players who showed the courage to break racial and musical boundries and employed them in his band. Legendary life timers in the Texas scene like Ernie Durawa, Randy Garibay, Rocky Morales, Frank Rodarte and yes, Doug Sahm, fed off this action. To hear what it all sounded like, check out the Norton Records disc, San Antonio Rock. 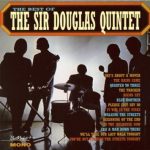 After seeing some success with local singles in the R ’n’ B style he picked up on the East Side, Doug’s next move was to partner up with another strong personality on the San Antonio scene, organist Augie Meyers. With some encouragement from Gulf Coast record producer Huey Meaux, alongside bassist Jack Barber, drummer Johnny Perez and horn player Frank Morin, the fellas Texas boogied-up the British Invasion sound and cut the timeless single “She’s About a Mover.” Much has been made about Meaux trying to sell the group, now known as the Sir Douglas Quintet, as an English band. Personally, I’m not buying that, but I have bought the records. Check out the Sundazed Records editions of The Best of the Sir Douglas Quintet and The Sir Douglas Quintet is Back for that first flash of immortality. 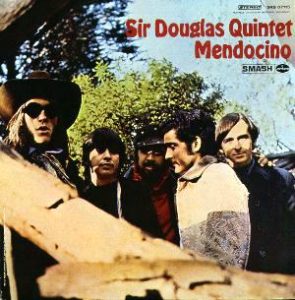 The Summer of Love era found the SDQ getting chased out of Texas for herbal indiscretion. The West Coast SDQ took the early garage rock sound to new territories, diving into an innovative mix of psychedelia, soul, country, Tex-Mex and funk. They made five terrific albums for Mercury records: Sir Douglas + 2 = Honky Blues, Together After Five, The Return of Doug Saldana, 1+1+1+1=4, and their West Coast masterpiece, Mendocino (all of which were collected on the compilation, The Complete Mercury Recordings). Sahm’s underground rock success afforded him the opportunity to produce another masterpiece of sunny West Coast ’60s rock by a group of teenagers from rural Prunedale, Calif., called Louie and the Lovers. The album Rise, along with a ton of outtakes, has recently been reissued by Bear Family. Frontman Louie Ortega’s soulful songwriting, soaring harmonies and gritty guitar work would remain a part of Sahm’s music for the rest of his life. 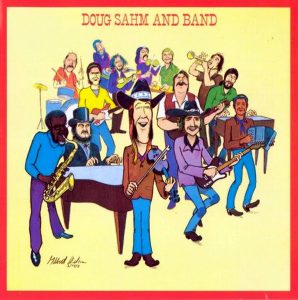 Atlantic Records visionary Jerry Wexler saw Sahm as the walking, non-stop talking embodiment of American musical history and offered him an opportunity to make a big budget album in 1973. Doug Sahm and Friends, recorded in New York City with friends like Dr. John, Flaco Jimenéz, David “Fathead” Newman, Bob Dylan and more is a big mess of a jam session covering all the styles Sahm absorbed in the Texas barrooms. Atlantic followed it up with Texas Tornado, half of which was culled from the New York jams and the other half comprised of more song-based material cut in California with members of Louie and the Lovers. Both albums — and plenty of bonus tracks from the Atlantic era — were reissued in 2003 in the Rhino Records collection, The Genuine Texas Groover. 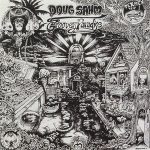 Sahm moved back to Texas and found inspiration in the hip music coming-out of Austin, a town he dubbed Groover’s Paradise on the musically brilliant, lyrically less brilliant album (available on CD from Collector’s Choice) made with the Creedence Clearwater Revival rhythm section, gumbo rocker Link Davis and San Antonio sax man Frank Rodarte. He quickly followed that up with Texas Rock For Country Rollers, featuring a song called “Give Back the Key to My Heart” that was later covered by not only the mid-Western alt- country band Uncle Tupelo, but by a couple hundred bands on any Texas Friday night. New West Records released a DVD of the Texas rock-era Doug Sahm band in their Austin City Limits series (Live From Austin, TX) that is essential to understanding the stoned groove of the times. 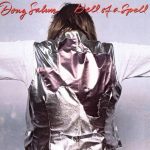 Next up, Sahm found a home at underground rock mover and shaker Denny Bruce’s Takoma Records label alongside the Fabulous Thunderbirds and Canned Heat. First came the blues-based Hell of a Spell, which found him mixing it up with Austin guitar legend Johnny X Reed on covers of Guitar Slim and Bobby Blue Bland numbers, followed by Border Wave, which was credited to the Sir Douglas Quintet. Border Wave mixed the country, blues and British sounds of the original incarnation with the Stiff Records New Wave style of Elvis Costello and Nick Lowe, who openly admired Sahm. The new SDQ, with Austin musicians Speedy Sparks and Alvin Crow joining original members Sahm, Meyers and Johnny Perez, took their sound all over the world. Louie Ortega would step in to replace Alvin and old San Antonio pal Ernie Durawa would take over the drum stool for the albums Midnight Sun, Rio Medina and Love Ya Europa, all recently collected on a CD called The Skandinavian Years from Universal Music Europe. The group found immense popularity in Europe throughout the ’80s. 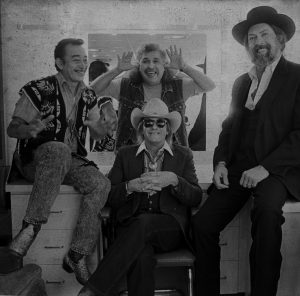 In addition to the Sir Douglas Quintet lineup, Sahm explored a number of intriguing musical detours as the ’80s gave way to the ’90s. He recorded a Canadian album with pianist Gene Taylor and guitar ace Amos Garrett known as Return of the Formerly Brothers, a record with his bar band the Texas Mavericks called Who are These Masked Men and an Antone’s Records tribute to the old San Antonio sound called Jukebox Music. But his greatest invention was a conjunto rock ’n’ roll super group to rival the Traveling Wilburys: the Texas Tornados. With Sahm and Meyers joined by South Texas soul singer turned C&W superstar Freddy Fender and conjunto accordionist Flaco Jimenéz, the Tornados hit pay dirt with a string of albums on Warner Brothers/Reprise: The Texas Tornados, Zone of Our Own, Hangin’ On By a Thread and 4 Aces. The singles “Who Were You Thinking Of” and “(Hey Baby) Que Paso” became jukebox standards and the band assumed the role of Southwestern cultural ambassadors around the world. 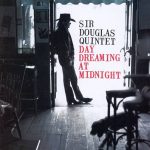 Super charged by the success of the Tornados, Sahm claimed the role of the ultimate elder statesman of Texas roots music in the ’90s. He updated the garage rock of the early Quintet with a new version featuring his sons Shandon and Shawn on Daydreaming at Midnight and SDQ 98, and returned to the Antone’s label for his grandest tribute to the Texas blues with The Last Real Texas Blues Band. And in his final statement, he took his groove back to the honky-tonks on the posthumous release, The Return of Wayne Douglas. 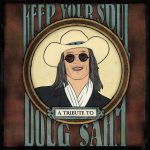 Sahm passed away on Nov 18, 1999 in a Taos, N.M. hotel room. Though he only hit the national charts a few times, his career outlasted most all of his contemporaries. He’s recently been memorialized in a loving — albeit factually shaky — book by Jan Reid and on a fantastic tribute album, Keep Your Soul, released by Vanguard Recors and featuring Los Lobos, Dave Alvin, Alejandro Escovedo and many more. Possibly the greatest legacy that Sahm leaves behind is that our music of Texas and the Southwest is much bigger than the charts and commercial radio, and will live on in the barrooms and back porches forever. 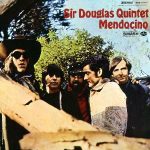 The West Coast SDQ creates a wholly unique sounding album, with Sahm’s strongest melodies and most memorable hooks. Features “Mendocino,” “I Don’t Want,” “Didn’t Even Bring Me Down,” “I Want To Be Your Mama” and more great songs. 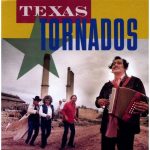 The cumilation of years of experience, Doug, Augie and the gang pick up Flaco Jimenéz and Freddy Fender for a wild ride through all the great styles of Texas roots music. Gulf Coast blues, conjunto, rock ’n’ roll, country and folky songwriter material blend seamlessy to create Sahm’s most polished album. Outlaw songwriter Rich Minus’ “Laredo Rose” and Freddy Fender’s “A Man Can Cry” (with Sahm lending some tasty piano triplets) are perennial jukebox favorites. 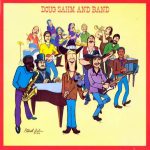 Sahm is joined by a diverse cast on this ultimate jam session album, where street-level San Antonio pals like Atwood Allen’s “Gonna Be Easy” sit right next to “voice of the generation” Bob Dylan’s “Wallflower” and show that good time grooves are the universal language. 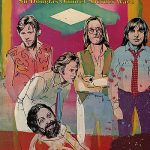 The next big thing circa 1981 — a mixture of Doug’s Texas roots rock with the brainy skinny- tie sound coming from London. Joe King Carrasco jumped on board but otherwise “border wave” as a musical movement didn’t really take. Too bad. Despite a bit of a thin sound, this record from the reformulated Sir Douglas Quintet boasts some of Sahm’s finest tunes as well as cool covers of the Kinks, Butch Hancock and Roky Erickson, who’s “You’re Gonna Miss Me” gets the SDQ touch. 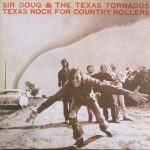 Influenced by what was going down in Austin’s Cosmic Cowboy scene, Sir Doug brings his own perspective on country music to the mix. What sets this apart? Whereas msot cosmic cowboys were middle-class college guys unleashing a bit of their inner John Wayne into their hippie musings, Sahm actually grew up in the honky-tonks; he was a steel guitar prodigy before puberty, and was even photographed at one of Texas gangster Jack Ruby’s nightclubs sitting on the lap of a skeletal Hank Williams. Sahm’s natural twang shines on “Give Back the Key to My Heart,” “Texas Ranger Man” and a medley of early ’60s tunes from songwriter Gene Thomas that were chart toppers on San Antonio radio for “ever and ever and ever …”