Micky and The Motorcars: “Raise My Glass” 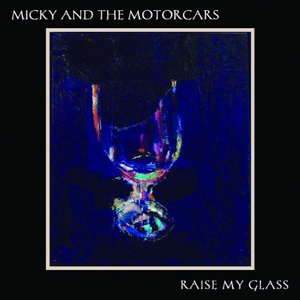 MICKY AND THE MOTORCARS
Raise My Glass
Smith Entertainment

Let’s raise a glass to younger sons everywhere. To the eldest go the first rights of inheritance, the glories of first conquest, dibs on the top bunks and the good fortune of never having to prove themselves in the imposing shadow of an older sibling. Or siblings. By the time Micky and Gary Braun steered their own band onto the Austin music scene, older Braun brothers Willy and Cody of Reckless Kelly already had a mighty lead on them. But the scrappy Motorcars stayed the course, and with their fifth studio album, Raise My Glass, they’ve closed the gap to a dead heat (artistically, at least). Of course, this being the Braun clan we’re talking about, there’s not really much of a sibling rivalry going on here, with Reckless Willy contributing co-writes to three songs, including the steady rolling sleeper standout “Never Been Out West.” But it’s the opening title track, co-written by frontman Micky with Dustin and Savannah Welch and Dustin’s frequent collaborator Jeremy Nail, that really sets the tone here, swinging lines like “I only live to become a ghost” down a darkened street with the swagger of a battered but defiant young Brando. The music throughout is taunt and confident, straight-ahead roots rock ‘n’ roll for the most part, buoyed by catchy hooks and the occasional touch of lonesome country (”Odessa Snow”) and bluesy soul (”How Far I’ll Go,” a Micky and Kevin Welch co-write that makes great use of co-producer Bukka Allen’s keening organ work). There’s really not a throw-away in the bunch here, though that stone-cold killer of an opener isn’t truly matched until the very last song, the excellent “St. Lucy’s Eyes.” — RICHARD SKANSE

Previous post Pat Green turns his eyes back to Texas