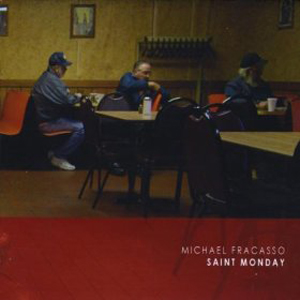 It was pretty much a given that the latest album by Michael Fracasso would be good — very good, even. The surprise here is that it’s also so much fun. The Ohio-born, Austin-based songwriter is renowned by those-in-the-know as a magician of exquisitely crafted melodies and poetic lyrics, with a goosebump-stirring voice to match. But on Saint Monday, he comes out rocking with John Lennon-conviction — and that’s before he even gets around to his stone-cold killer cover of “Working Class Hero.” You can hear it in the way his voice quivers just so — and just so right — on the word “satisfied” in the opening “While the Night Is Young.” The chaser, “Eloise,” is just as exhilarating; it’s a snappy little pop rocker that sounds like it was composed live on the studio floor, with Fracasso joyfully tossing out lines like, “Eloise, Eloise, the bass drum and piano keys are pounding out a melody, aching for your love.” But rest assured that the magician/craftsman/poet Fracasso is heard here, too, most notably on the stately, majestic title track and the equally lovely “Gypsy Heart.” The former is a weary sigh from the edge of defeat, a desperate man’s half-hearted (but beautiful) prayer for a ray of hope. In the latter, he marvels at the way salvation can catch you completely unawares, in ways both unexpected and wonderful: “She took away my heavy heart and she did not ask … She gave me three wishes, now I still have two/I said, ‘Hey now, Darling, all I really want is you.” Pure magic. — RICHARD SKANSE