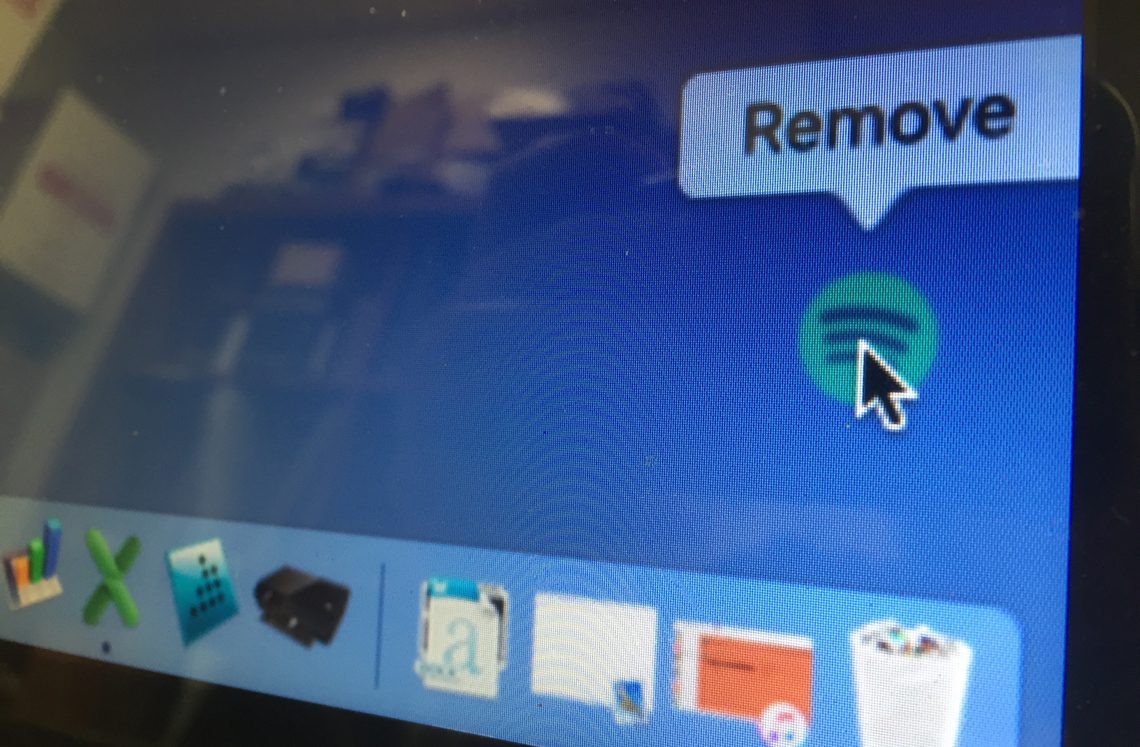 I love the superpower that Spotify has given me — the ability to think of a song and then play it five seconds later. My old, scratched, tossed-around albums only wish I had this ability back when I partied nightly.

But I hate what Spotify does to musicians. The labels take the music and pay peanuts. I can’t believe that most new CDs come out on Spotify the same day they’re in the stores. It’s not only free, but you don’t have to find parking. Streaming has cost musicians a major revenue stream.

But was that my problem?

I got into a big Facebook tiff a couple years ago with a musician I’ve known a long time, who posted that anyone who subscribes to Spotify would be unfriended immediately. I said that’s like boycotting R&B music from the ’50s, because all those artists got ripped off, too.

But I’m finally quitting Spotify because this isn’t Bill Haley or Frankie Lyman and the Teenagers we’re talking about. It’s our friends and neighbors. It’s musicians who’ve worked their butts off for years to pay the bills and now they can’t. Spotify has become a billion dollar company while squeezing money out of the creative element. We know the record labels sold out their artists, back when the technology was newer than the laws. But what’s the hold up? Spotify and other streaming services have to be made to pay higher royalties.

So what if they have to raise the subscription rate? That current $10 a month total is based on not having to pay for music. That’s their business model: being a thief and passing the savings to customers is the only way to survive. Charge $25 a month for all the music you want and if that’s too high, then go out of business.

The problem could be the marketplace. A reason so many people think music should be free is because as much of it is to be endured as enjoyed. There’s a bombardment to the point that just listening seems to be payment enough.

Maybe there needs to be an earth-scorching moment for the plants to be rejuvenated. The record business, which started, in earnest, with Mamie Smith’s 1920 smash “Crazy Blues,” is about 100 years old. Poor people paid 75 cents for a 78 RPM record of two songs because the idea that you could hear music on your own terms was pure magic. Nowadays, folks expect the entire library of recorded sounds for free.

You know all that money young adults are saving by not having to pay for music? They use it to buy airline tickets to Austin every March so they can go to parties with free booze and bands. “Millennials” comes from the Latin word for “freeloader.”

Sometimes you just have to make a sacrifice, to do the right thing. You have to realize that in a capitalist society, money’s the only thing that can make a change. Until Spotify starts treating musicians fairly, they’re not getting any more of my mine. And Spotify champion Bob Lefsetz can chow down on today’s blue plate special, which in his case is always a bag of dicks.