Men win, women rule at 2018 Americana Music Association Honors & Awards Isbell, Prine and Childers took home most of the awards Wednesday night at the Ryman, but the ladies stole the show 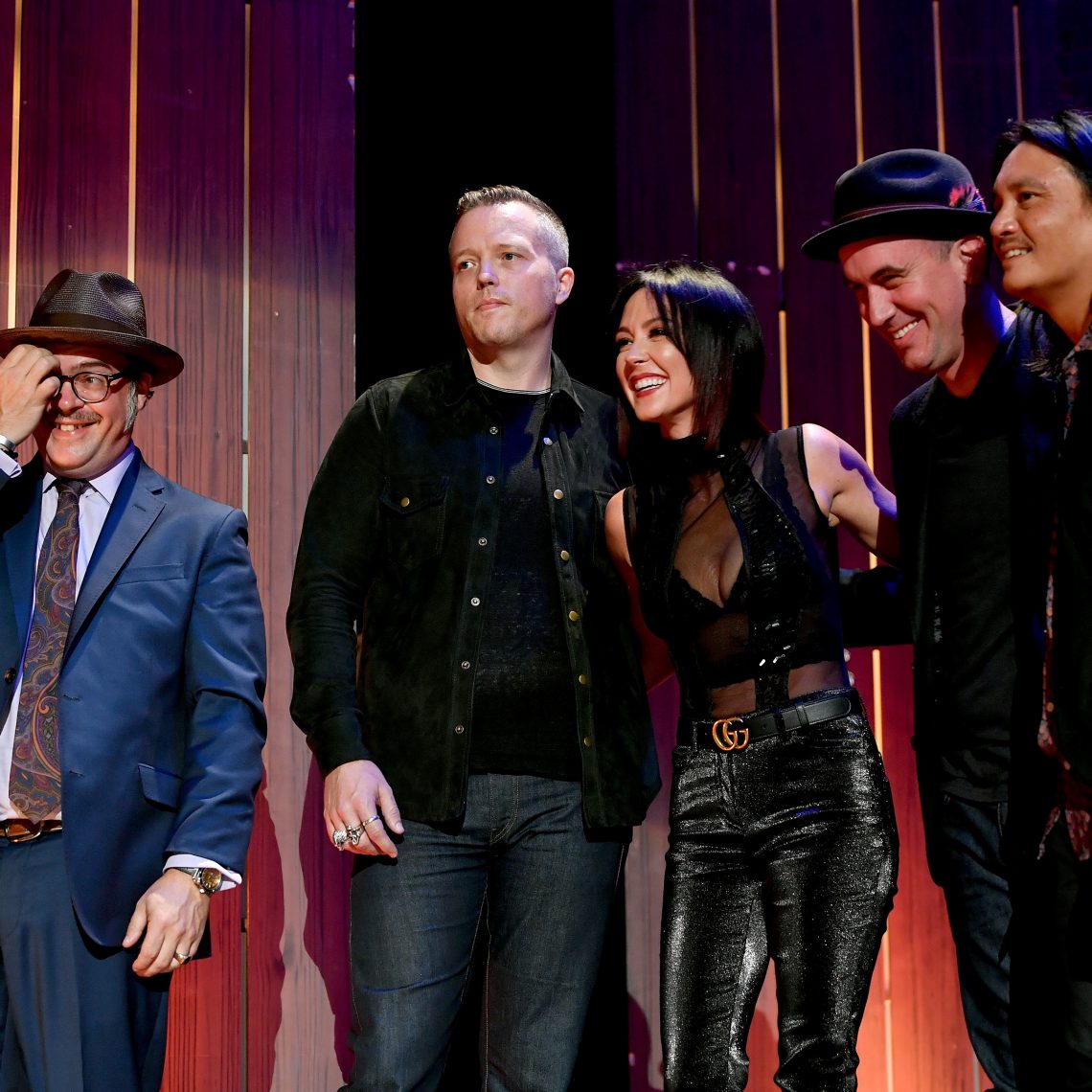 “What even is Americana?”

That was the question that Joey Ryan and Kenneth Pattengale of the Milk Carton Kids put to song at the start of the 17th annual Americana Music Association Honors & Awards, held Wednesday evening at Nashville’s Ryman Auditorium. Much like the two co-hosts themselves, the song was a wry charmer, serving as both a riff on former longtime master of ceremonies Jim Lauderdale’s trademark “Now that’s Americana!” and a playful send-up of the ceremony itself: “an annual awards show with Emmylou on it/Don’t need to see the envelope, Isbell won it.” 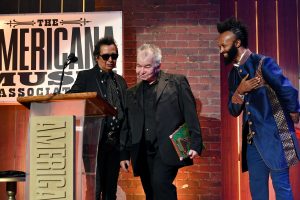 That last line in particular got a hearty laugh from the Ryman audience, and likely a nervous squirm out of some of the nominees. It’ll be interesting to see if the song makes it into either CMT’s broadcast premiere of the awards on Nov. 18 or Austin City Limits‘ own AmericanaFest highlights special, set to air in February. Here’s hoping it does, though, if only because a little bit of levity goes a long way in a show (and genre) like this, where stellar songwriters new and old are honored like poet laureates and great performances abound, but the reverence factor can be laid on a bit thick. Genuine surprises are also rare: Out of the four categories Jason Isbell was nominated for this year, he only ended up losing in one of them — and that to the guy who also won it last year.

“This is kind of like Groundhog Day,” quipped John Prine after presenters Alejandro Escovedo and Fantastic Negrito handed him his second consecutive (and third over all) “Artist of the Year” plaque. Going through his list of acknowledgements, the 71-year-old songwriting legend even chuckled about trying to remember “everybody I thanked last year.”

Isbell, meanwhile, did his best to share the spotlight with his own support team. He credited his wife and bandmate Amanda Shires (winner of 2017’s “Emerging Artist of the Year”) for effectively shaming him off the couch and away from the TV to write his “Song of the Year”-winning “If We Were Vampires,” and later called producer Dave Cobb to the stage after winning “Album of the Year” for 2017’s The Nashville Sound. And when Isbell and the 400 Unit were named “Duo/Group of the Year,” he immediately yielded the mic and podium to “let the band talk — normally they get played off.”

Although this was actually the 400 Unit’s first nomination as a group, Isbell has now won a total of nine Americana awards in as many years — just four away from catching up with the show’s longtime house band director, Buddy Miller. Hence the Milk Carton Kids’ gag about the guy seeming so unbeatable in this horse race year after year, even across multiple categories stacked with such formidable competition as Brandi Carlile, Margo Price, Mary Gauthier, Lukas Nelson, Nathaniel Rateliff, Lee Ann Womack, and I’m With Her. In fact, apart from Prine, only two other nominees managed to squeak past that Isbell juggernaut in this year of The Nashville Sound — and that’s only because they weren’t actually facing him in their respective categories: “Instrumentalist of the Year” Molly Tuttle and “Emerging Artist of the Year” winner Tyler Childers. 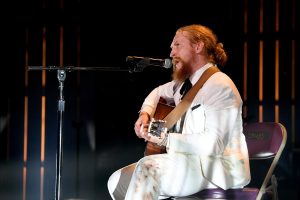 To be fair, though, the evening wasn’t all about Isbell, or even Prine for that matter. With the show clocking in at just shy of three and a half hours, there was ample room to showcase quite a few other worthy artists, too — and not just those of the white male variety. To wit, while Childers, decked out like fellow Kentuckian Colonel Sanders, followed his solo acoustic performance of “Nose on the Grindstone” by grinding a passive aggressive axe against the “Americana” tag for being “a distraction from the issues we are facing on a bigger level as country music singers,” Lifetime Achievement Award recipients Buddy Guy (Instrumentalist) and Irma Thomas (Performance) provided welcome reminders that the genre, by design, encompasses a lot more than just outlaw troubadours and Appalachia. 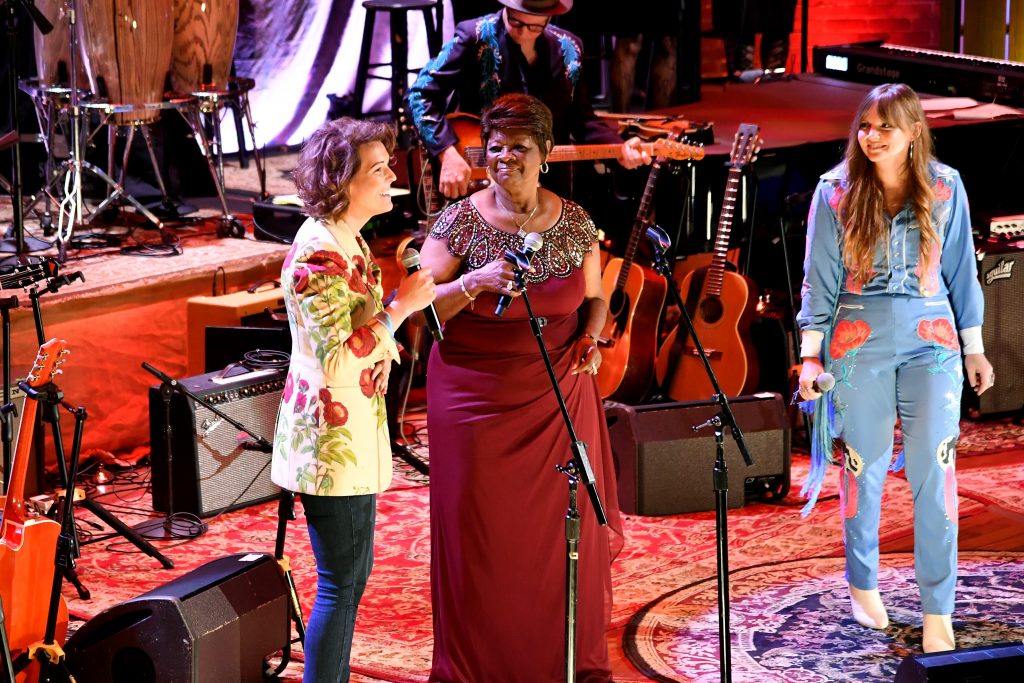 Thomas’ powerhouse delivery of “Time is on My Side” was so good, they even let her sing it twice; actually, it was an issue with the house mix that necessitated the redo, but it was just as arresting the second time around. Then again, all of the evening’s performances were exceptional across the board. Among the highlights: Robert Earl Keen — not nominated for anything this year, just invited by the AMA to rep the Lone Star State — serving up a very fine “Feeling Good Again”; Lukas Nelson and Promise of the Real’s exquisite as ever “Forget About Georgia”; and Isbell and the 400 Unit’s “White Man’s World,” played with the searing intensity of a band clearly in no danger of easing comfortably on their many laurels. But it was the many women on the bill who really stole the show: from the aforementioned Thomas to “Americana Trailblazer” honoree k.d. lang (singing a devastating “Trail of Broken Hearts”) to Isbell and Prine category contenders Carlile, Price, I’m With Her, and Gauthier (accompanied by Beth Nielsen Chapman) and equally deserving “Emerging Artist” nominees Courtney Marie Andrews and Lilly Hiatt — not to mention the show-closing teaming of Thomas, Carlile, Andrews,  the McCray Sisters, and Michael Trotter Jr. and Tanya Blount-Trotter of the War and Treaty for an appropriately righteous tribute to Aretha Franklin via “Chain of Fools.” 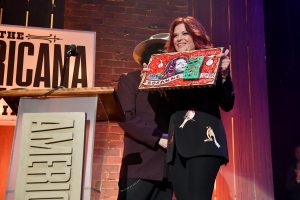 The Spirit of Americana: Rosanne Cash with her Free Speech Award. (Photo by Erika Goldring/Getty Images for Americana Music Association)

Even though the winner’s list may suggest otherwise, on this night, it was the ladies who best exemplified the pride, promise and spirit of Americana music’s past, present and future. Fittingly, it was the fierce Rosanne Cash who was honored with the 2018 “Spirit of Americana” Free Speech Award, an honor first bestowed upon her late father, Johnny Cash, 17 years ago. Her acceptance speech, touching on everything from artists’ rights to women’s equality to sensible gun control, was as bold as it was eloquent and beautiful  — and the whole moment was only given extra poignancy by the fact that she was receiving the award on the 12th of September.

“Today is the 15th anniversary of the day my dad left this planet,” she said, “and he left it a better place than he found it. That’s what we all hope for.”

Album of the Year
Winner: The Nashville Sound, Jason Isbell and the 400 Unit, produced by Dave Cobb
Other Nominees: All American Made by Margo Price, By the Way, I Forgive You by Brandi Carlile, Rifles & Rosary Beads by Mary Gauthier

Song of the Year
Winner: “If We Were Vampires,” Jason Isbell and the 400 Unit, written by Jason Isbell
Other Nominees: “A Little Pain” by Margo Price, “The Joke” by Brandi Carlile, “All the Trouble” by Lee Ann Womack

Duo/Group of the Year
Winner: Jason Isbell and the 400 Unit
Other Nominees: I’m With Her, Lukas Nelson & Promise of the Real, Nathaniel Ratliff & the Night Sweats