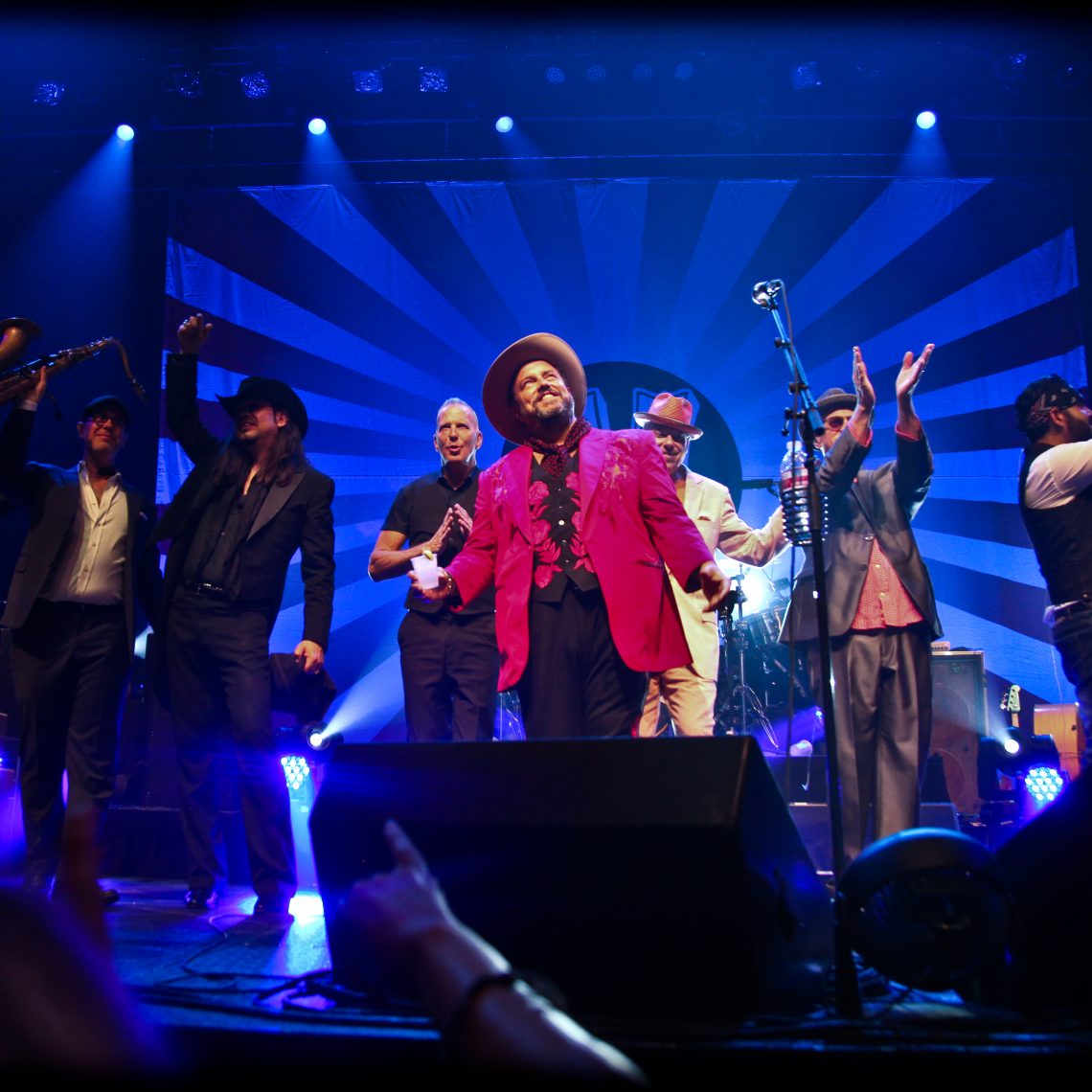 Two decades down the road from their stint as unlikely mainstream country hitmakers, the Mavericks have evolved into a singular musical force that encompasses a bottomless well of influences while transcending petty genre restrictions. Now enjoying their second reunion, the Florida-bred ensemble has perfected a peerless Americana /Tex-Mex/R&B/swing fusion that’s too freewheeling and quirky to be dismissed as neotraditional. The band’s live shows are expansive and joyous, bursting with musical chemistry and elevated by frontman Raul Malo’s majestic, emotion-charged vocals.

Currently performing as an eight-piece with the addition of standup bass, accordion and a two-man horn section, the Mavericks — minus recently departed founding bassist Robert Reynolds — flexed their fire and flexibility on this, the last night of a tour leading up to the release of their new live album All Night Live (due out Oct. 14.)

The buoyant near-three-hour show boasted a set list that traversed the band’s wide-ranging interests and spanned the band’s eight-album career, from their infectious ’90s hits “What a Crying Shame,” “Dance the Night Away” and “All You Ever Do Is Bring Me Down,” to richer, more complex recent material like “Back In Your Arms Again,” “Born to Be Blue,” “Come Unto Me,” and “All Night Long,” pausing long enough to sing “Happy Birthday” in honor of trumpeter Julio Diaz.

Onstage, the Mavericks’ skill and musicality are matched by their effortless showmanship, manifested in the impish exuberance of keyboardist Jerry Dale McFadden, the pummeling yet swinging beat of drummer Paul Deakin, and the dashing swagger of guitarist Eddie Perez, whose twangy six-string interplay with Malo has become one of the band’s most notable features.

Malo’s golden voice was equally expressive on yearning ballads and multicultural rockers, and was particularly compelling on a typically adventurous selection of cover tunes that included Pink Floyd’s “Us and Them,” Willie Nelson’s “Shotgun Willie,” the Rolling Stones’ “Brown Sugar” and a heart-tugging take on Neil Young’s “Harvest Moon.” An unexpected highlight was a sincere reading of the anti-prejudice Sinatra chestnut “The House I Live In,” which Malo introduced as the band’s comment on the current election season. By the time Malo and company sent the sated crowd home with the old Ernest Tubb anthem “Waltz Across Texas,” the Mavericks had once again demonstrated why they’re in a class of their own.

Previous post Willie Nelson: "For the Good Times: A Tribute to Ray Price"