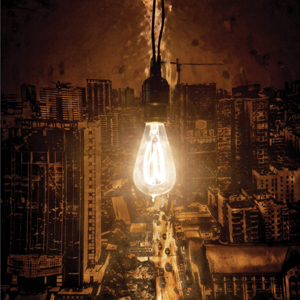 Long before Lone Justice was a rumble down the wire of the biggest thing to hit country, rock or cow-punk, Marvin Etzioni was a multi-instrumental songwriter of some prowess, agile on the strings and penetrating when taking on the human condition. He brought the gospel “You Are the Light” and ferociously carnal “Working Late” to Lone Justice, songs that fed the media maelstrom. Thirty years later, Etzioni’s dagger is no less sharp. Drawing on icons of Southern California’s cow-punk scene, Marvin Country! is a two-disc set of fastidiously sculpted tracks that bolt and weep and jolt with an aggression lacking in much Americana. Whether it’s the jacked-up folk-country of “Living Like a Hobo” with Buddy Miller, the full-throttle thromp of “Grapes of Wrath” with X founder John Doe, or the alt-folk stomp of “No Work in Mississippi” with Steve Earle, this is muscular stuff. Ironic and sobering on “Bob Dylan is Dead,” Etzioni’s intellect peels back the layers of hurt, anger and confusion in his and Lucinda Williams’ exhumation of a failed marriage, “Lay It On the Table.” He weaves a noir Emmylou Harris/Gram Parsons spell with Justice’s Maria McKee on the velvety narcotic “You Possess Me,” then  reduxes “You Are the Light” with the Dixie Hummingbirds. Fans of acoustic instruments and analog gear will appreciate the sonic differences from track to track; but ultimately, it’s the songs and the stories, players and performances that make Marvin Country! compelling. — HOLLY GLEASON