Mandy Rowden: “When That Day Comes” 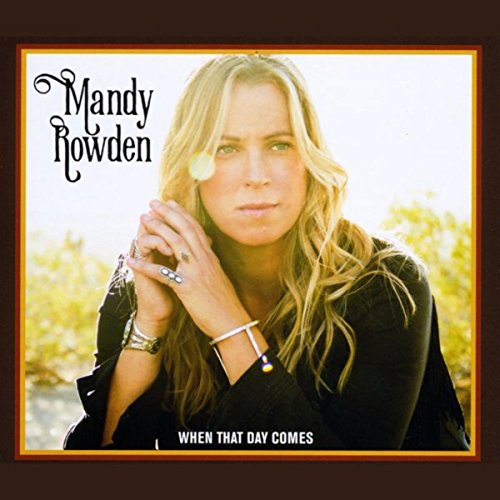 Sometimes a twang runs so deep that it sounds as if it might extend not just from a singer’s mouth, body, and soul, but from several layers down into the earth itself. Singer-songwriter Mandy Rowden, founder of the Austin’s Girl Guitar school of rock, is gifted with just such a twang, and on her third full-length album she generously applies that instantly identifiable, earthy voice to an engaging mix of beautifully crafted songs that echo classic country, Tex-Mex balladry, and jangly, Susan Gibson-esque folk. The presumably low-budget approach to the production feels both organic and by design, with stripped-down, unfussy arrangements that always leave the focus right where it belongs: on Rowden’s aching vocals and confessional lyrics in songs like the haunting “San Antone” and the sweet, accordion-tinged “Christmas in Durango.” From its opening title track to the closing cover of the late Tom Petty’s “Angel Dream #2,” When That Day Comes — much like Rowden herself — is an under-the-radar treasure ripe for rediscovery in the new year. — MIKE ETHAN MESSICK