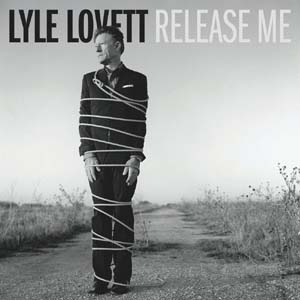 Though he says the split was cordial, Lyle Lovett couldn’t resist taking a parting shot upon leaving his label of 25 years, which is why he included the title tune, a duet with k.d. lang, on this mostly covers-filled volume. He also gives more props to favored Texas songwriters Eric Taylor (“Understand You”) and Townes Van Zandt (“White Freightliner Blues”). But his sometimes-quirky choices also include Chuck Berry’s “Brown Eyed Handsome Man,” rendered as a slow, bluesy ballad; a soulful version of the Michael Franks-penned/Sonny & Brownie-popularized “White Boy Lost in the Blues”; and a charming duet with protégé Kat Edmonson on “Baby, It’s Cold Outside.” Watkins siblings Sara and Sean also show up. As usual, Lovett’s arrangements are exacting and impeccable (check out the Large Band rendition of Jesse Winchester’s “Isn’t That So”). Release Me as a whole isn’t quite as moving as 2009’s Natural Forces, but it’s got many elegant moments. — LYNNE MARGOLIS