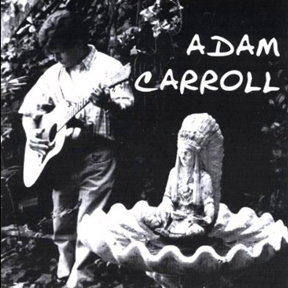 If you’re reading this, there’s a pretty good chance that at some point someone’s floated the notion to you that Texas is full of great songwriters. It’s not just an idle boast by a state that’s so proud of its pride that hyperbole comes as natural as breathing (side note: our oxygen is also the best): Texas can claim to be the birthplace and/or longtime home of household-name superstars (Willie Nelson, Kris Kristofferson), legendary artists (Townes Van Zandt, Guy Clark), cultishly-adored wild cards (Terry Allen, Butch Hancock) and an outsized chunk of the folks who brought the songwriter-focused Americana genre to light in the last two or three decades.

Where you draw the line between “great” and “good” is largely a matter a taste, but if Texas is full of great songwriters, it’s absolutely crawling with good songwriters. They’re all over the local bar gigs of various sizes and indie-friendly regional radio stations, their bumper stickers plastered all over each other’s road cases and perpetually-stolen trailers in a show of mutual appreciation and cross-pollination. So many folks have learned how to hang a relatable turn of phrase onto a catchy melody that it inevitably all runs together a bit. And even in this state, in this environment, over a couple of decades, Adam Carroll remains in a class by himself. If any of our songwriters under, say, 60 years old are “great,” then Carroll is one of them. This was true even on his 1998 debut, South of Town.

Released independently with minimal fanfare, South of Town hit the market at a time when what’s sometimes called the “Texas Music Revolution” was really starting to hit its stride. And even though Carroll’s album and performances at the time (and ever since, really) didn’t give much indication that he was dying to be lumped in with it, his music did tend to hit the same ears that were getting turned on to contemporaries from Charlie Robison to Pat Green to Reckless Kelly. Consciously or not, Carroll was doubling down on a lot of the things that made the “TMR” guys compelling. Others were knocking the Nashville mainstream gloss off their own brand of country music; Carroll had it stripped down to acoustic guitars and harmonicas for most of the record, with irreplaceable producer Lloyd Maines meeting him on his own terms instead of trying to squeeze him into the honky-tonk mold of his other successful collaborators from around the same time. Others were bringing back a darker lyrical edge that was absent from their family-friendly Top 40 contemporaries: Carroll was writing songs about imprisoned murderers (“Cole”) and family-business crack dealers (“Cane River Blues”). Others had an irreverent sense of humor: Carroll did too, but he was funny at an anecdotal length, in the service of three-dimensional characters and situations. The backwoods hippies in “Red Bandana Blues” or the “big-lady driver with a tattoo of Jesus” in “Smoky Mountain Taxi” feel like they could step right out of the stereo speakers and bum a smoke off of you.

Given the talents he was already in command of in his early 20s, Adam Carroll probably could’ve overplayed the “old soul” act, approximating the style of influences like Guy Clark and Tom T. Hall with similar writerly gifts but none of the middle-aged gravitas. But one of the most disarming qualities (does Carroll have any non-disarming qualities?) of South of Town is his willingness to embrace acting his age. Quietly devastating but still pretty funny, “Silver Lakeside” takes teenage romance as wistfully seriously as only a young man could. High school love pops up again in “Pokin’ Round in the Ashes,” which kicks off with the sound of (presumably) a beer can popping its top and a spoken dedication to William Shakespeare, Stephen King, and Ann-Margaret. “When I looked at my test scores I put my head in my hands/And wrote ‘I love Vanessa’ on my final exam,” he sings, and while it’s not the greatest line he ever wrote it captures the record’s mix of unguarded affection and small-town humor pretty perfectly. It’s not as hilariously novel as the narrative mash-up of Eastern religion and bus wrecks in “Bubble Gum” or as deep as “Home Again” (“you know you never lose yourself/when all you do is change”). But it feels real, both right for the time and engaging almost 20 years later. Carroll has made even better albums since this one, been even sharper and funnier and weirder and wiser from tune to tune. But even if he’d never topped it we’d all be justified in saying he’s a great songwriter, Texas or otherwise. — MIKE ETHAN MESSICK

Next post Wade Bowen: "Then Sings My Soul ... Songs for My Mother"