“I guess I should just say I really didn’t mean for it to be any kind of tribute,” says Verlon Thompson of “Sideman’s Dream,” the song he wrote thinking back on the more than two decades he spent performing with legendary Texas songwriter Guy Clark. “Basically, it was kind of a selfish song, I think — I just wrote it for my own self. But I do think that the folks out there that know Guy and know me and how we worked together and what we did, they’ll get it. A lot of people probably won’t get it, and that’s ok — I didn’t really write it for them anyway. But the ones that get it, they’ll know exactly what I’m saying and hopefully they’ll appreciate it.”

“Sideman’s Dream” is featured on The Polished Steel Sessions, a compilation of previously unreleased original songs by a dozen different Americana artists (most but not all of them from Texas) co-produced by Brain T. Atkinson and Jenni Finlay. The digital-only album, set for release on Bandcamp May 9, gets its name from Atkinson’s Americana blog, www.polished-steel.com, and was recorded mostly at the Cheatham Street Woodshed studio in San Marcos, Texas. Other artists on the album include Adam Carroll, Walt Wilkins, BettySoo, Blue Water Highway, Randy Weeks, Curtis McMurtry, Noel McKay, Graham Weber, Matt Harlan, Jaimee Harris, and Bill Chambers (father of Kasey Chambers). According to Atkinson, who along with Finlay also co-produced Dreamer: A Tribute to Kent Finlay and Cold and Bitter Tears: The Songs of Ted Hawkins, the idea was to spotlight songs that might otherwise have gone unheard, at least on the artists’ own records.

“All songwriters have songs that haven’t fit older albums or new songs that may or may not make it onto a future record,” Atkinson explains. “This record gives them a home and showcases songs in their natural form, raw and acoustic and cut in just one or two takes.”

Although Thompson’s track is the only one on the album not recorded in San Marcos, he actually started writing it the day he was in town contributing to another project Atkinson and Finlay are working on, Highway Prayer: A Tribute to Adam Carroll. After recording his Carroll cover (“Lil’ Runaway”), Thompson visited the Mexican restaurant Polvo’s in Austin — a favorite haunt of his and Clark’s anytime they passed through the area.

“That was our headquarters, you know?” says Thompson. “Guy quit traveling about three years ago, but now I’m getting back on the circuit doing my own thing, and it’s just so weird to walk into these places where Guy and I used to play or hang out. So I guess that’s what precipitated the writing of this song.”

Thompson’s long journey with Clark began in 1988, when he played on Clark’s Old Friends album (which also featured a song he co-wrote with Guy, “Hands.”) At the time, Thompson  was just getting his own songwriting and recording career underway, albeit pointed in a very different direction.

“My path was heading more towards the commercial country music kind of career,” he explains. “I had come to Nashville from Oklahoma about seven years earlier, and I had been signed as a staff writer with Loretta Lynn’s company. And then I was pursuing your basic country music recording contract, and I actually got one with Capitol Records and put out an album with a video on CMT and all that crap at about the same time that I hooked up with Guy. In fact, the first few gigs I played with Guy, we were billed as ‘Guy Clark with Capitol Recording Artist Verlon Thompson.’ Once I got a taste of the way Guy did things, though, I just thought, ‘This is the way you do it — to hell with all that other stuff.'” 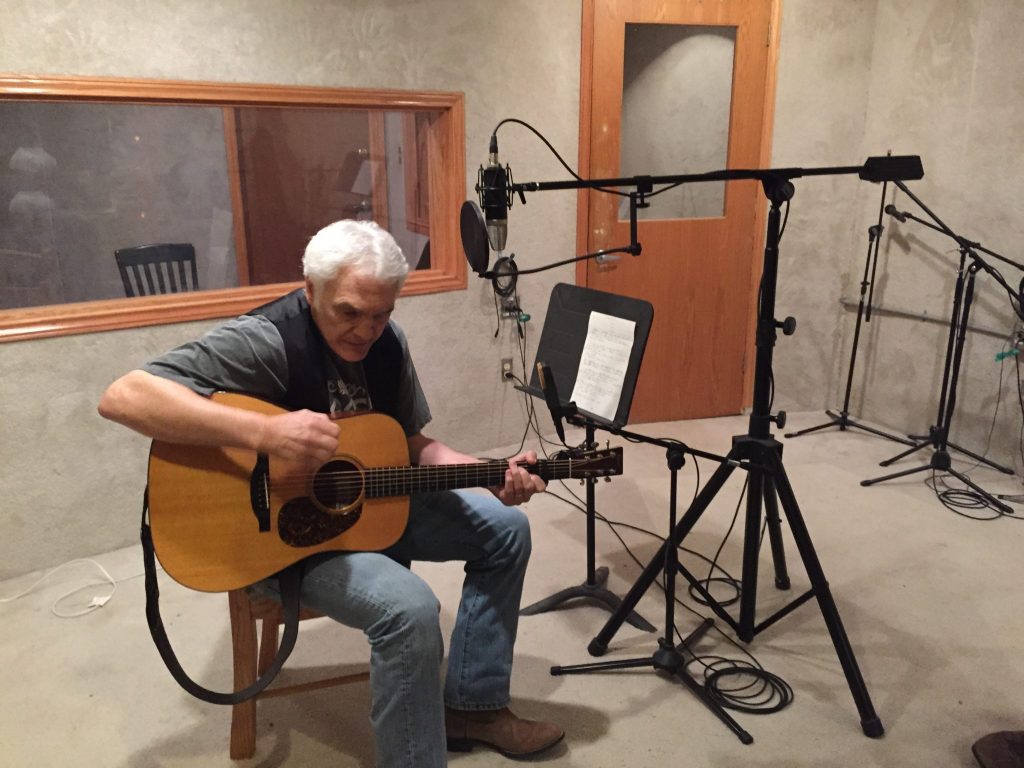 Nearly 30 years later, Thompson still considers that to be one of the best decisions he’s ever made.

“It really is hard to put into words, other than to say it changed my musical life in general,” he says. “I had different ideas about how I was going to approach a musical career before I met Guy. I thought you had to have a band and a bus and the whole thing, you know? But it was Guy who told me, ‘You don’t need all of that stuff, what you need is a bunch of great songs and the rest will take care of itself.’

“It was Guy who introduced me to the troubadour style of playing small rooms with dedicated listeners,” he continues. “The thing with the other deal was, they would send me across the country — I’d travel for two days to shake hands and kiss ass and then play for 20 minutes, and then start it all over again. But with Guy, we would take our time getting there, then set up and play for three hours if we wanted to, until we really felt like we had done our job.”

Although Thompson would still find time over the years to pursue his own (non commercial) solo career, he continued to record and tour with Clark as his go-to sideman for the better part of the next quarter century, right up until Clark literally couldn’t perform anymore due to failing health. And though he might not have intended “Sideman’s Dream” to be a “tribute,” there’s no denying the awe and affection — both for his friend/boss and the experiences they shared together — that comes through in every line.

“I really hesitate to even talk much about it, because it’s kind of bittersweet to me,” Thompson admits. “But pretty much everything you need to know is in the song: It’s just the story of how, you know, in the younger days when we first took off, we rocked every night — and then how towards the end it all just started coming apart. I kind of wrote it for my own purposes, to kind of get a grip on what’s happening with Guy and everything now.”

Clark, 74, is currently residing in a Nashville nursing home. He had actually been scheduled to attend last summer’s Austin City Limits Hall of Fame induction ceremony, but had to cancel at the last minute due to hospitalization.

Thompson says he’s only performed “Sideman’s Dream” live a couple of times since writing and recording it. “The first time I played it, I actually had to stop a couple of times and kind of recompose myself,” he admits. “But I’m getting now where I can focus on the performance and do it pretty good.”

But he still hasn’t performed or played it for Clark.

“Shoot no, man, and I’m not sure I will, to tell you the truth,” he says. “I sat with him the other day and played his mandola for a little bit, but it’s a very kind of odd feeling, you know? But every time I get back to town I go over there. In fact I got in just yesterday so I’m going to try to get there either tonight or tomorrow. Sometimes he doesn’t want visitors, and I try to respect that because he’s going through a lot right now. But he still has his moments. In fact, I was telling him that — and this is the truth — everywhere I go, even if I had a truck I couldn’t haul all of the greetings and the good wishes and the love back to Guy. Everywhere I go.

“I was trying to explain that to him the other day, and you know, he just smiled,” Thompson continues. “He got it. So that’s good.”

The Polished Steel Sessions can be purchased at https://polishedsteel.bandcamp.com/releases by clicking on the album cover below. 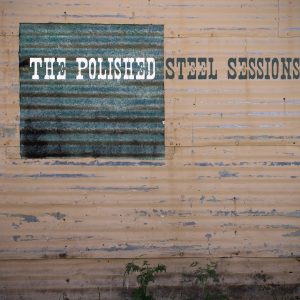