Before the fire, after the flood: Friends remember Victor Holk Two tributes to the late San Marcos songwriter, including the premiere of Colin Colby's "Colorado" 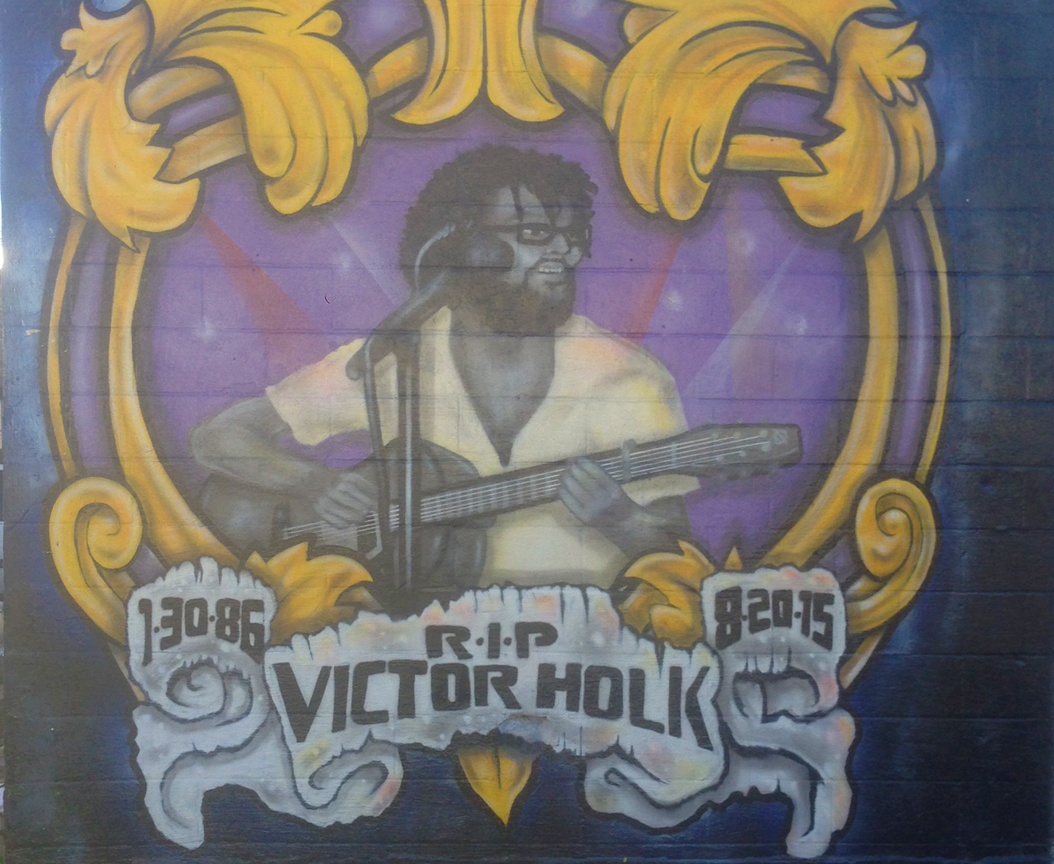 [Editor’s Note: San Marcos, Texas-based singer-songwriter Victor Holk, who passed away on Aug. 20, 2015 from injuries sustained in a tragic house fire in June, would have turned 30 years old on Jan. 30. To mark the occasion and celebrate his life and music, Cheatham Street Warehouse will host “The Songs of Victor Holk” Saturday evening at 9 p.m., featuring performances by Blue Healer, Canvas People, Pake Rossi, Marshall Anderson, the Shady Rest Best, Kathleen O’Keefe, HalleyAnna, Colin Colby, and more. Colby, who survived the house fire along with Holk’s wife, Caitlin, has written a song in tribute to his late friend — “Colorado” — which he recently recorded with his band the CounterCulture (featuring Kullen Fuchs, Grant Ewing, and Sara Wendland). The song — making its premiere here — speaks for itself, but we wanted to present it along with the following tribute penned by another close friend of Holk’s, writer Christian Wallace. — RICHARD SKANSE]

In the early hours of a clear June morning, songwriter Victor Holk was lying in bed next to his wife, Caitlin. The night before had been routine: Victor’s longtime friend and bandmate, Colin Colby, dropped by to share a few beers and play songs on the back porch. They practiced until their voices were tired or the cans were gone. Colin went to crash in the guestroom, while Victor joined Caitlin and their pets, Lady Bird and George (the dogs) and Professor (the cat), in their bedroom on the other end of the house. On the back porch, their amplifiers still hummed with electricity.

2015 was an usually wet year in the Hill Country, with historic flooding and almost daily rain. The overly-saturated air met the power flowing to the amps. There was a spark. Minutes later, the house was in flames.

Victor was the first to wake. Caitlin was roused by the sound of his voice. He was calling from the other room to get out, call 9-1-1, the house was on fire. Colin also woke to Victor’s shouts, warning him to get out. Caitlin and the animals escaped from the bedroom window. Colin and Victor emerged from the flames blocking the front door. In those few moments of chaos, Victor’s entire body had been burned.

Victor and Colin were rushed to the burn unit at Brooks Army Medical Center in San Antonio. There they had the best treatment for burn victims in the United States. Colin was soon in stable condition, but the extent and severity of Victor’s injuries made every day a struggle for survival. Caitlin, his family, and a troop of friends stayed by his side. A hashtag, #victorstong, started online and was used by hundreds who voiced their support. Victor’s brother, Alex, created a GoFundMe campaign, which raised over $37,000 to battle the mounting medical bills. There were many positive reports from his medical team—they were cautiously hopeful—but they were sure to never make any guarantees.

For those who don’t know Victor Holk, it’s impossible to describe him in a single article. First and foremost, Victor was a songwriter. He used to play in punk bands during his days at Burnet High School, his wild, curly hair bobbing to the beat of power chords screaming from Stratocasters. When he started studying philosophy at Texas State, Victor found a home at Cheatham Street Warehouse, Kent Finlay’s legendary honky-tonk. Victor was soon running sound for the venue, and took to writing songs that were a little friendlier to the boots and Stetsons crowd. Still, Victor’s music never lost that punk edge. While his music might best be labeled “folk rock,” it is a far cry from the genteel “heigh-ho-folk” touted by acts like Mumford & Sons. Instead Victor’s songs are hard-hitting, steeped in philosophical thought, and imbued with the same Dust Bowl grit that informed the pen of Woody Guthrie.

Armed with his trusty Seagull guitar, jeans rolled above his bare feet like his hero Todd Snider, Victor played shows with frenetic energy. He’d begin finger-picking a song, delivering lines like Arlo Guthrie might with a slight quiver in his voice reminiscent of the Mountain Goat’s John Darnielle. The song would change tempo, and with his chestnut dreads flailing, bare feet stomping, his voice would tear into a ragged but controlled scream. On more than one occasion I saw that acoustic guitar slam against an amp or the floor. He was a folk singer, but he performed like a fucking rock star.

Victor’s passing marked the loss of an important member of a wide-ranging community of songwriters, artists, and musicians. You’d have a hard time finding a member of the San Marcos music community who didn’t know (and love) Victor. His work as the sound engineer at Cheatham also introduced him to hundreds of touring acts, many who returned over and over again and had formed friendships with Victor. Being pals with Victor was easy — he was the most genuinely accepting person I’ve ever known. In any one evening, Victor might be approached by a scabby gutter punk, a Polo-sponsored frat bro, university professors, and local drunks. He knew them all; they were all friends.

I was lucky enough to be one of them. We spent many nights together at Cheatham Street, typically sitting on the worn felt of the pool tables at the back. Sipping from our mason jars, we might discuss how Willie Nelson has perfect pitch or muse on the absurdity of existence. When things got too heavy, there was always the Holkswagon, Victor’s big purple van, waiting in the parking lot where we could dissipate any existential crises in a cloud of smoke.

In October of 2014, Victor and I, along with Caitlin and my fiancé Lauren, drove the Holkswagon to Memphis to see Neutral Milk Hotel. It was during “In the Aeroplane Over the Sea” — one of Caitlin’s favorite songs — that Victor took a knee and proposed. I’m not sure I’ve ever seen a love quite like theirs.

In the months that have followed Victor’s death, I have tried to determine how to write about Victor. The truth is I’m not equipped to capture the spirit of someone who burned as brightly as Victor did while he was here. I finally realized anything that might be said has already been expressed by the best authority on the subject — Victor. His immense passion, intelligence, humor, and artistry shine through his songs. If you’re reading this and didn’t get a chance to meet him, throw on his 2011 EP, There’s No There. It’s serves as a better introduction than any article.

When I’m listening to his music, Victor doesn’t feel so far away. The foot-stompers rock just as hard, the political insight remains sharp and relevant, and his comedic wit still makes me smile. When the album ends, I can almost hear his halting chuckle in the silence, and I’m sure there’s a whiff of weed on the wind. He’s still teaching me. Still making my world brighter with his songs. And it’s good. So damn good. 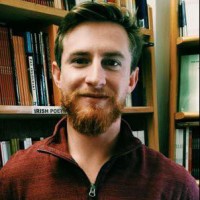