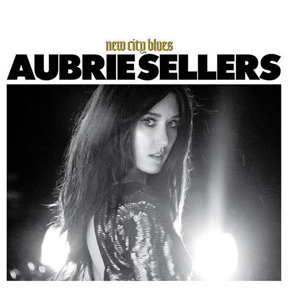 Aubrie Sellers comes on like a new kind of country queen: tough, strong, smart, raw and someone who can’t keep her opinions to herself. In a brokered Hallmark rebellion of the new Music City, Sellers isn’t afraid to be strident, acerbic or honest about the betrayals of her own heart. “Loveless Rolling Stone” finds the Texas/Nashville hybrid lamenting her own inability to stay. Over a breaking chorus of “home is where the heart is, so they say …,” the guitars slash and the steel burns and the scorched earth sizzles as she drives away largely remorseless from a devoted lover. With the whip-speed post bluegrass jangle of “Sit Here and Cry” and the surging obsessive “To Be With You,” her erotic intent and compulsive need are almost disruptive.

“Almost,” because Sellers is already emerging as a world-class vocalist. The only daughter of Lee Ann Womack and songwriter/session singer Jason Sellers, her pipes are almost genetically predestined; her tone may be Womack pristine, but the scorn, rancor and vocal eye-rolling is all her own.

Perhaps it’s her age. There has been no Bright Lights, Bright Country — to borrow from NYC ’90s nihilist novelist Jay McInerny — to emerge since the BroCo youthquake began. And if the hard down-stroking electric guitarist opts to mainline the crap her generation is being force fed — “Magazine” skewers the Madison Avenue ad’n’editrix don’t-think/read/want/follow-lemminglike mindset so much marketing embodies, while the raging “Paper Doll” bitch slaps vacuous real live blow up dolls with their empty cattiness and “Liar, Liar” smolders while singeing a cheap come-on player — she still manages the vulnerability of wanting, hoping and even needing on the fragile “People Talking,” from which the title New City Blues is taken.

“Like The Rain” offers succor. In all of it, there’s a calm and a balm, something to make the heart not capitulate. “Humming Song” is flat pretty. “Something Special” offers another jolt of hope in a too knowing world. Like so many of the post-Adderral generation, Sellers realizes life is filled with peril. The closer — “Living Is Killing Me” — could be the rallying cry for a generation betrayed by the greed of the Baby Boomers, the additives in food no one acknowledges, the breakdown of schools and the eyes-wide-opened reality crash of limited meaningful jobs and bait-and-switch opportunities.

But just as important as the ground covered, there is the sting of her guitars, the way the drums crash with enough room to pound. If Aubrie Sellers is a singer first, and a writer right behind that, she and producer Frank Liddell (Miranda Lambert, Chris Knight, Lee Ann Womack) have found a sonic template to match her rage. If Chrissie Hynde had roots in East Texas, didn’t need to punch people in the mouth to express her bad-assery, this might be the record she’d have bowed with. New City Blues is as close to garage rock as anything, with antecedents embracing thrash more than Patsy Cline. Yet the classicism of Sellers’ origins shine through: whether the white lightnin’ press of Thumper Jones, the aggressive, fat guitar notion that informed Steve Earle’s Guitar Town, or the death pall of bluegrass’ murder ballads, it all stains NCB. An album that’s neither Sturgill-esque, nor Kacey-friendly, it opens arteries for the future of what country could become. — HOLLY GLEASON

Next post Before the fire, after the flood: Friends remember Victor Holk