Charlie Harrison had a good thing going up there in Virginia. By day he had himself a steady job in corporate finance, and by night, a pretty happening little band — Charlie and the Contraband — that was just starting to hit its stride playing his original songs on the Arlington club scene. Not bad for a former goof-off who by his own admission “kind of did a bad job at going to school” as an undergrad at the University of Texas at Austin, all the while putting about the same amount of bare-minimum effort into his bar-band gigs slinging Johnny Cash and Hank Williams Jr. covers up and down Sixth Street. Granted, a lot of that turn-around may have simply been a factor of growing up a little, but there was definitely something about living in the greater D.C. area for the better part of his 20s that went a long ways toward helping Harrison get his whole general act together.

Still, it was only a matter of time before the prodigal Houston Kid could no longer resist the gravitational pull of his native Lone Star State.

“I’m not sure what the impetus was, really, but there was a day where my wife and I had just signed a lease on a new place that we were going to rent up there, and we were like, ‘What are we doing?’” Harrison recalls with a laugh. “Washington’s a really cool town and we had fun living there, but we just started asking ourselves, ‘Do we really want to be here, still?’ I guess we missed home. So we just said, ‘Let’s go back.’ And fortunately the landlord guy let us out of the lease, so that’s what we did.”

Harrison admits that leaving his beloved Contraband behind at the time was hard. But he made it home to Houston with a newfound sense of purpose as a songwriter fully committed to finally going all-in with his music. After reacquainting himself with his hometown’s open-mic and club scene, he set to work in slowly but surely putting together a brand new outfit, one piece at a time. And now, just shy of four years and many a Thursday night gig at midtown H-Town’s Big Top later, that new band — Charlie and the Regrets — is at long last ready to make its formal bow. Their full-length debut, Rivers in the Streets, will be released nationally via Sony RED Distribution and Edgewater Music Group on Feb. 24, but you can stream the album in its entirely starting today right here at LoneStarMusicMagazine.com. 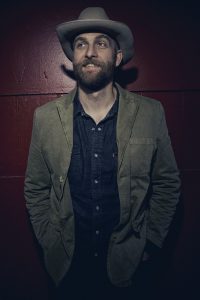 “It’s pretty exciting to think that it’s finally going to be out in the world for everybody,” says Harrison, noting that they took the better part of a year to record the album — and then spent nearly half as long dutifully getting their promotional ducks in a row. “That’s one of the lessons I’m learning this time around, because we did another kind of little demo (the 2014 five-track EP New Night) that we made in a garage on a computer and just sort of put out ourselves. So this time it was good to run into some people who have a little bit more experience than us and the sense to say, ‘No, you want to have a plan for this, and not just throw it into the wind and hope that it catches.’”

Produced by Derek Hames and recorded at Edgewater Studios in Sugar Land, Texas, Rivers in the Streets gets its title from a line in the lonesome acoustic ballad “Houston Rain,” but the album probably just as easily could have been called Houston — and not just because the city’s name is emblazoned upon the Texas-sized belt buckle pictured on the cover.

“I think that we kind of have a uniquely Houston sound,” Harrison says with a matter of pride. “Most of the stuff I write, I tend to start with something personal and try to expand, so I think it’d be hard for the city not to come through these songs, seeing as how I grew up here and started so many of the most important relationships in my life here. But it’s not just from me, it’s from all of us. You know, Houston has this kind of amazing mix of blues and a little cajun and rock ’n’ roll and country, and I think we kind of have a little bit of all of that in this band.”

Indeed, the Houston roots in the Regrets — and on the album — run deep. Harrison was introduced to lap, pedal steel and Dobro player Willy T. Golden through his brother. “They had worked together, and Willy had played with a ton of different bands,” he says. So had bassist Mark Riddell. “Mark and I had actually known each other forever — we played football together in high school — but he plays bass with (famed local honky-tonker) Mike Stinson, and everybody wants to play with him now.  So it kind of took me awhile to convince him to come out to a gig, but he finally did, things worked out, and fortunately, he still comes out!”

The aforementioned Stinson himself actually plays drums on the record on all but one track, with newer recruit Isaias Gil — another Houston ringer — having joined the group and sessions just in time lay down the beat for “Proud Man.” Most of the lead guitar parts, meanwhile, were played by one John Shelton — who happened to be the engineer at the recording studio. “After I decided to do the record at Edgewater, they told me, ‘If you’re looking for a guitarist, John can play …’ Which was cool, because he has great chops and kind of brought in a different element, but for a while I was worried that I was still going to have to find somebody else to play with us live. But what ended up happening is John now plays with us at shows, too, which has been awesome. I think John killed it on the record, and he and Willie do some really cool stuff live that’s a lot of fun for me to watch and listen to.

“I’ve been lucky,” he continues, “because everybody in the band is a way better musician than me, but I also think we have the same gut sense on songs, and it feels really great.” 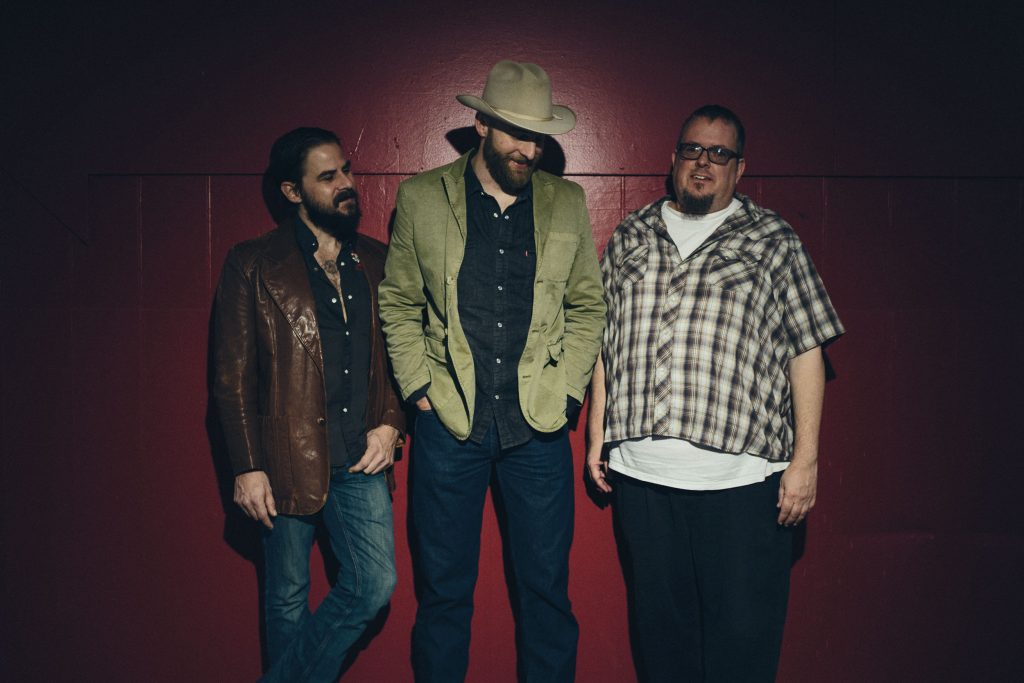 On Rivers in the Streets, those songs run the gamut from the opening romper “Proud Man” (inspired at least in spirit, Harrison says, by the feel-good vibes of one of his favorite bands, Texas’ own Shinyribs) to the rustic back-porch acoustic blues of the closing “No Good News.” In between, there’s light-hearted, Hayes Carll-style honky-tonkers and rockers (“Last Time I Was Here” and the riotous crowd-favorite “Baytown”), up-tempo country swing (“The Gavel,” served with a sly bit of social justice commentary), a lovesick, classic country waltz (“New Night”), and the bluesy, swampy rock ’n’ roll groove of the lead single “Time Moves Slow.” Listen close, and the female background vocals on that one (and “Proud Man”) just might sound familiar: they’re by none other than Kam Franklin, lead singer of the widely acclaimed Houston neo-soul band the Suffers.

“We were so lucky to have Kam sing on the record,” Harrison enthuses. “I had been thinking that I really wanted to have a woman singing on those two songs, and I had actually reached out to this other singer I’d met in town, but we just couldn’t make it work schedule wise. Well, Isaias, our drummer had worked with Kam before, so one day I kind of asked him, ‘Hey, I don’t supposed you could see if Kam would want to do it, could you?’ And she was awesome! Not only did she come in and knock it out of the park in the first take, but she was the most incredibly business savvy and artistically savvy person I’ve ever met. So I’m really grateful not just for her vocal tracks, but also for that inspiration of like, ‘Oh, wow — this is what you can do if you have a good head on your shoulders and a vision!”

Rest assured Harrison’s got a handle on both of those things now himself. Good thing, too, because based on the strides they’ve made in growing their local and regional audience over the last two years — and with surely even more fans to come in the wake of Rivers in the Streets — Charlie and the Regrets can count on time moving a lot less slow for them in the immediate future.

(Charlie and the Regrets will perform in-store at Superfly’s Lone Star Music Emporium in San Marcos, Texas, on Thursday, Feb. 23 at 6 p.m. You can pre-order Rivers in the Streets on CD here.) http://www.lonestarmusic.com/CharlieAndTheRegrets.)