When Bonnie Whitmore launched her PledgeMusic campaign for her third album back in April, her mission statement could not have been more straight-forward. Although neither of her first two albums, 2010’s Embers to Ashes and 2013’s There I Go Again, were remotely reserved, shrinking-violet affairs, let alone any more overtly “country” than say, mid-period Lucinda Williams, this time around, she aimed to really turn things up. “There will be fuzz,” she teased in her pitch letter. “There will be shredding. There will be full tilt vocal and bass prowess!”

Her accompanying video double-downed on that promise with the straight-up warning, “Get ready — I’m coming, and I’m ready to rock.” 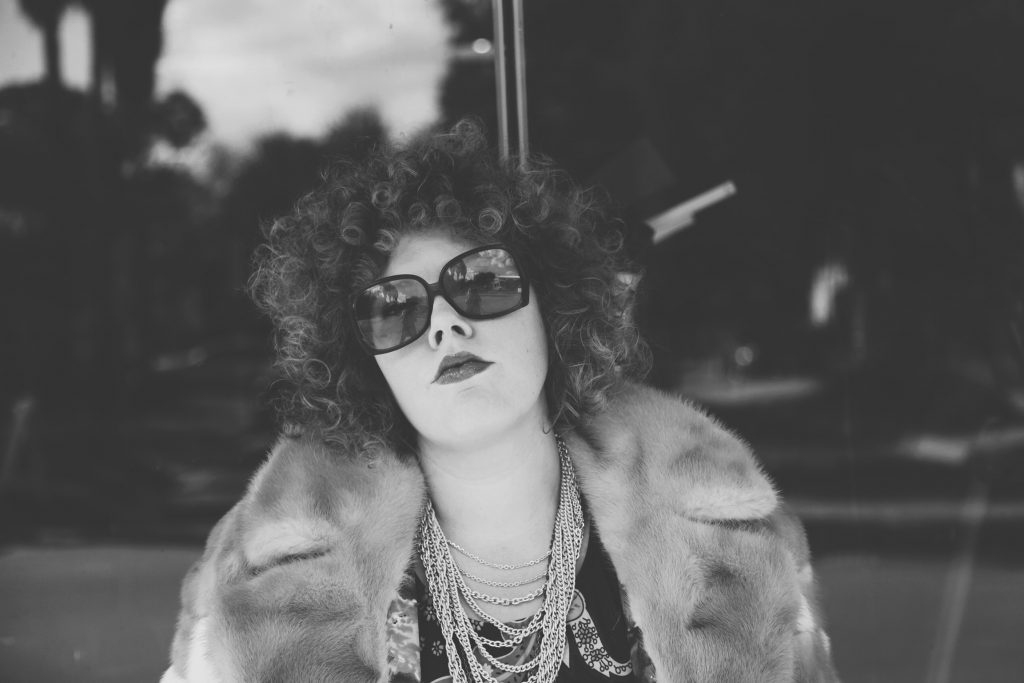 She really meant it, too — but not just in terms of cranking the amps and picking up the tempo. More than just showcasing louder guitars, bass, and drums, she wanted to rock her “inner feminist” and shake, rattle, and upend the double standards, stereotypes, and myriad forms of misogyny — intentional or not — that women are confronted with every day of their lives. And true to her word, she didn’t hold back: the finished album, which Whitmore is allowing LoneStarMusicMagazine.com to stream in full in advance of it’s official release tomorrow (Oct. 28), is every bit as brash, bold and fearless as its unapologetically provocative title: Fuck with Sad Girls.

This is no pity party; it’s a battle cry. And a wake-up call.

Whitmore, who grew up in Denton playing in a family band called Daddy and the Divas, credits a lot of that strong, assertive influence to her mother — a “true diva” in the sense that she was a proud, opera-singing woman who presented herself with a lot of confidence and a refusal to take shit from anybody. “I think she instilled that in my sister and me both, so I think I’ve always had that kind of drive,” she explains. “But I think it wasn’t until later in my life that I really started to understand more about what it actually means to be a feminist. And to me, part of that means asking what it is that you’re doing that’s contributing to … not so much helping women come up, but rather pushing them down. It’s a lot of things that people don’t even realize they’re doing, and a lot of women do it to themselves and to other women. Just, all the expectations of how you need to look or present yourself, and the whole idea that it’s more important for you to smile and come off as kind and courteous than assertive and opinionated. Because if you’re assertive, you’re not thought of as inspiring; you’re called a bitch or a …”

“Yeah, you’re a ‘nasty woman,’” Whitmore says, gathering steam. “In fact this election has really been showcasing a lot of things that are essentially wrong these days, just in the way that misogyny is so … Like, it was really frustrating to me that people were focusing on the word ‘pussy’ that Trump used, rather than the fact that he was wanting to sexually assault a woman. That was what people were really upset about. I mean, I could give a shit about an explicit word …” 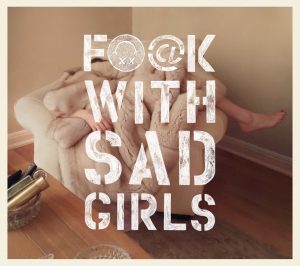 Although her new album was already finished before the expletive really hit the fan going into the three presidential debates, Whitmore concedes that the timing of her release has indeed turned out to be “kind of impeccable” — no matter how unsettling a lot of the parallels may be. But the big picture issues she addresses on Fuck with Sad Girls have roots that go back a lot further than the current election cycle. Both the title track and “Fighter” push back against the notion of needing to hide one’s feelings or true self for the sake of being more appealing to others (“I don’t strive for perfection,” she sings in “Fighter,” “because I’ve earned these scars I’m wearing.”) And in “Cinderella,” she goes all the way back to the fairy tales and Disney movies of her childhood to confront and summarily reject the idea that finding one’s Prince Charming is the key to “happily ever after.”

“As an adult, it’s just kind of disheartening to look back and realize that that’s what was expected of us as little girls,” she says. “I’m in my 30s now and I’m not married and I don’t have children, and I don’t have any regrets about that. But I think a lot of girls that are in my position do still feel that pressure to have babies and find a husband, just in order to feel ‘complete.’ And I think that there’s other ways around that.”

Next to the cover of the Drivin ‘N’ Cryin anthem “Ain’t Waitin’ on Tomorrow,” “Cinderella” is this rock record’s most overtly rocking moment — thanks in part to a very special cameo. “Jon Dee Graham plays on that one — he does that unhinged slide part,” Whitmore says proudly, then laughs. “That was his description, by the way; he said it sounded ‘unhinged.’”

Other guests on the album, recorded at Austin’s Ramble Creek, include Bonnie’s sister, Eleanor, and her brother-in-law Chris Masterson, with both singing on “Hey Babe” and Chris playing guitar on “Wash It Away” and the aforementioned Drivin ‘N’ Cryin cover. The core band, all of whom essentially co-produced the album with Whitmore and engineer Britton Beisenherz, consisted of guitarist Scott Davis, drummer Craig Bagby, and keyboardist Jared Hall. Whitmore herself played bass — remarkably, for the very first time on one of her own records. Despite her years of experience playing the instrument onstage, both with her own band and as a seasoned side musician, Whitmore left all the bass parts on her first two albums to Austin musician’s musician George Reiff.

“And George is still the only other person I would ever ask to play bass on my records,” she insists. That’s why, even though Reiff has spent most of the last year battling cancer, Whitmore made it a point to play two of his basses on the record — just so he could still “be a part of it.” Nevertheless, going forward, it’s hard to imagine her ever giving up the instrument on one of her albums again.

“I went a little crazy and used seven different basses on the album,” she admits. “And that was a lot of fun for me, because leading my band playing bass — I prefer that more than anything. So this time around, I just really wanted to showcase what I could do on the instrument.”

Tellingly, Whitmore’s bass playing just happens to be the very first thing you hear on the record, right at the outset of the opening track, “Wash It Away.” Mention that little observation to her over the phone, and you can almost hear the hint of a devilish grin.

“Yeah,” she acknowledges. “That was a little deliberate.” 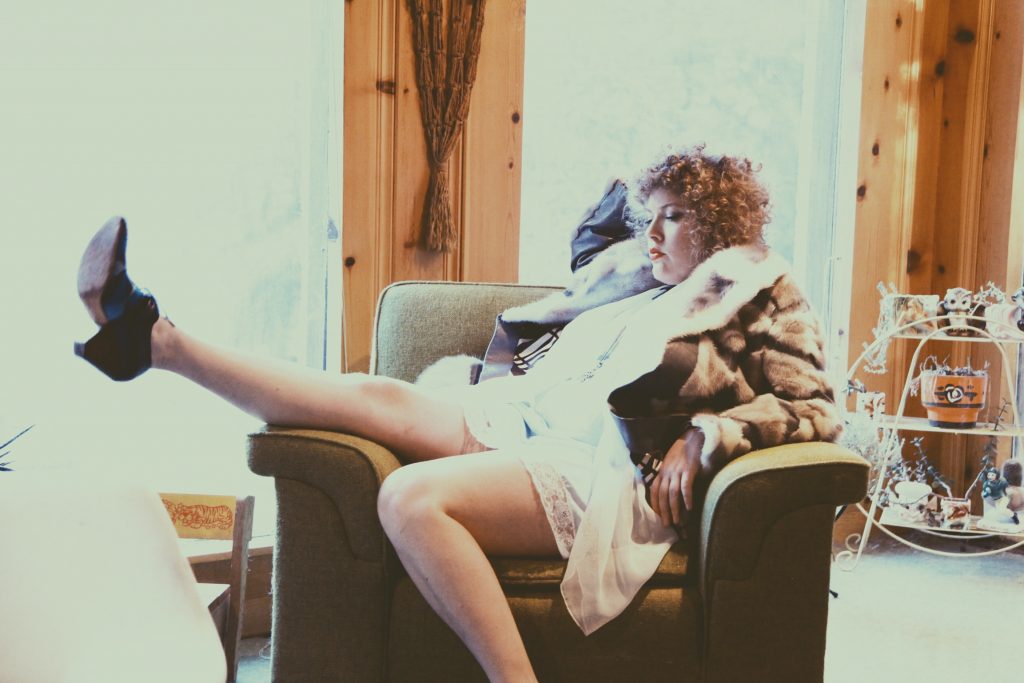