Live, from New Braunfels (and Amazon), it’s Ryan Bingham! The Oscar-winning Americana star talks about his new live album, what he misses about his early days and why California is where it’s at 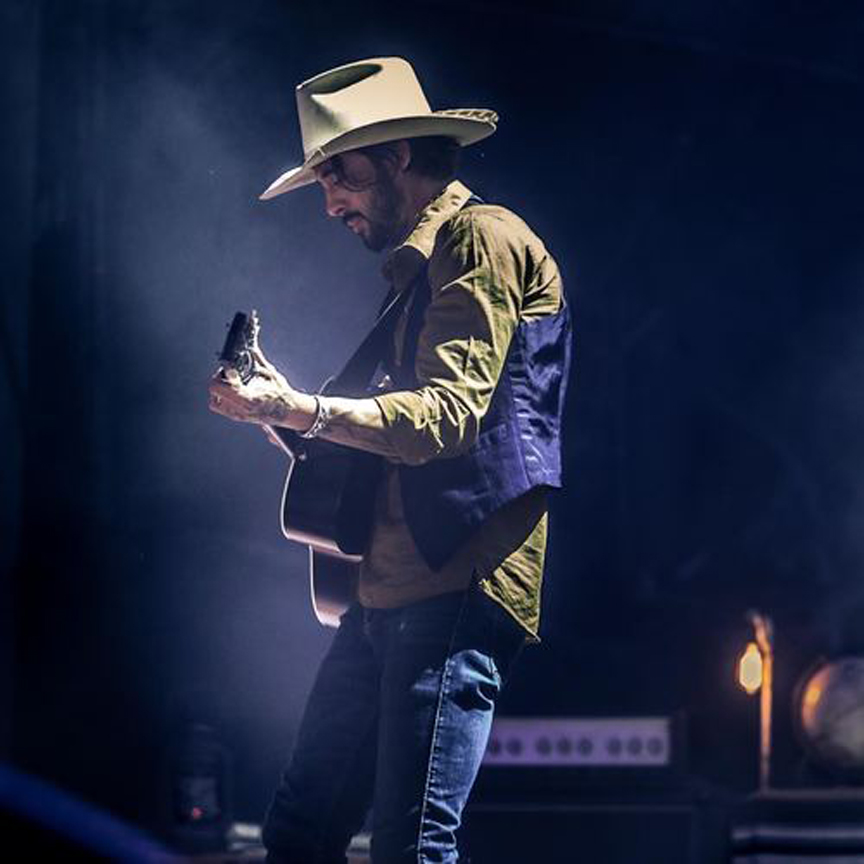 The version of Ryan Bingham put forward in his music — a rough-hewn, rowdy, smoky-voiced vagabond still shy of middle age but with a lifetime’s worth of stories to tell — is nicely balanced out by the productive, kindly, and offhandedly savvy artist and businessman who has carved out a distinctive niche in the modern music world. Already on a crowd-pleasing arc to the top of the Texas/Americana music scene when the 2011 film Crazy Heart and it’s Bingham-penned centerpiece song “The Weary Kind” made him a subject of nationwide interest and acclaim, he’s held onto (and arguably even grown) an audience of fans eagerly awaiting his next heartfelt album or barnstorming live show. A few thousand of those fans packed into the Whitewater Amphitheater in New Braunfels a few months back to play their part in the making of his new album, Ryan Bingham Live, which was released Oct. 21 as an Amazon Music exclusive (available here). We caught up with the well-travelled cowboy troubadour to talk about his creative process, uniquely multifaceted career, and what he’s got in store next.

So you’ve got Amazon, one of the biggest content providers in the world nowadays, taking enough of an interest in independent music to help you get this new live album out. As an independent artist, how did you get the wheels turning on that?

You know, since my wife and I started our own label, Axster Bingham Records, we’ve gotten a taste of working with Amazon on the previous records anyway and got a relationship going with those folks. And they were kind of interested in doing some live content for their website, and they knew we had our own label and were easy to work with, we’d talked about it for awhile and finally just made it happen. 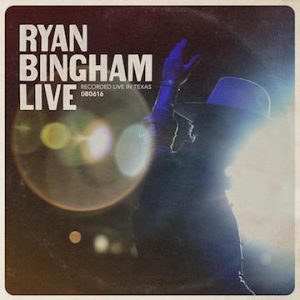 Also, it’s nice to see a venue right down the road get some exposure as well. How did you decide on the Whitewater Amphitheater gig as the one to record?

It’s such a great place, centrally located for the whole Houston and Dallas and Austin and San Antonio crowds, and just a great venue besides that. It’s a beautiful backdrop on the river with all those cottonwoods in the background. We’d had some great shows out there and it’s just nice being back in Texas with all our folks to just throw it down all night, catch it on film and record.

Any plans to put it out physically as well? DVDs, CDs, vinyl?

Yeah, it’s definitely gonna be on vinyl and CD, as soon as in a couple of weeks. We’re going to put out a DVD too but that’s gonna be a little further down the road.

So now you’ve got a killer band and enough of a following to pack these big venues, but a lot of folks around here have fond memories of catching you on the way up. Is there anything you miss about playing the smaller bar and café type shows?

I do! I really miss a lot of the little campfire-type jams, sitting around a fire at night and having a few beers, playing whatever you wrote that afternoon. Or those afternoon River Road Ice House or Tavern in the Gruene kind of days, or places like Luckenbach. That’s the kind of thing I miss, and the kind of thing I look forward to getting back into pretty soon if I could just sneak in there, you know? [Laughs]

Some artists kind of jettison their earlier material as they get older and round out their catalog, but the songs that got folks’ attention in your earlier years are still pretty well-represented here. There’s no lack of enthusiasm in the performance, either. How do you keep these old songs interesting for yourself?

You know, I think about that a lot, including when I’m writing. A lot of these songs tend to be about something I’ve been through in my life, personal things, so I’ve got a relationship with the story that goes along with the song. Comes back to you when you sing them, sometimes to the point that it’s hard to sing them well. I’ve got to be able to mean it every time I sing it, so when it’s something that’s happened in my life, things I’ve been through, I just try to put myself back in that place again. As Jerry Jeff would say, ha ha!

You’re currently based out of California now, right? Aside from winning an Oscar, of course, what’s the best part of living your life out west?

You know, one thing I really enjoy out here in California is all the public land. There’s four or five national parks, the Eastern Sierras, the Kern River, along the coast there’s Big Sur, and the Joshua Tree Desert … I spend a lot of time in the outdoors, hunting and fishing, horseback riding in the mountains, stuff like that. And obviously, Texas is great for cowboying and ranching and all, but if you don’t own a ranch or some land it’s kind of hard to get around to stuff like that. Out here, the playground’s a little bit bigger for me, and the stuff’s pretty close by … you can get out to the middle of nowhere pretty quick. Hard to see it if you just end up in L.A. or something, kind of like coming to Texas: landing in Houston is a lot different than if you come out to Fredericksburg or the Hill Country.

Where do you do most of your songwriting out there?

Last time I wrote an album, I found a place up in the mountains. This guy’s got some property out there, he remodeled some old Airstream trailers from the ‘50s and got them tucked back in the woods. Rents them out for the weekend and stuff, so I rented one and just kind of camped out. I really enjoy that, find someplace with some solitude, no telephones and no Internet, no distractions.

When you were starting to really catch on as an artist and performer, one significant aspect of that was the fact that such revered artists like Joe Ely and Terry Allen were speaking up on your behalf. Do you feel like you’re already at a point in your career where you want to give a leg up to even younger and newer artists? Anybody out there really catching your ear lately?

There are a few guys, yeah. I don’t know much about the brand-new guys out on the road, but I try to keep my ears to the ground. Red Shahan, I really enjoy some of these songs that he’s been writing, and there’s this band out here just called the Americans that have been doing it for a little while, I really like what they’re writing and playing. I haven’t been out on the road long enough to be giving good advice, [laughs] but I do try to pay attention to what’s going on!

A lot of folks would think of you as an Americana artist, especially since that genre and that name for it is gaining some traction over the last couple of years. Is that where you’d put yourself as well? If someone asks you what kind of music you make, what would you tell them?

Man, that’s always a hard one. Somewhere in that Americana melting pot of blues and rock and country and folk and bluegrass, sure. I feel like I like to move around in different genres, but overall that’s a pretty good home to be in.

So back to the independent label with you and your wife: what are some of the best aspects of that?

The creative freedom it allows me, yeah, but also financially. At the end of the day, labels these days, it’s tough for them to keep up with touring artists unless you’re a big pop star or something. Otherwise you’re out there on the highway singing for your supper, pretty much. Being independent might hold us back in little ways, not getting some of that exposure like the big artists get, but we’re kind of family oriented right now and kind of like keeping things simple out on the road. As long as we’ve got enough for food on the table and a roof over our head we’re happy. And the opportunity to do stuff like this Amazon thing … if I was on some big label, I probably couldn’t do that. So much legal bullshit to deal with first, you know? I think that’s why Amazon and other folks like to work with us, because then they don’t have to deal with it either.

And it’s definitely a big deal, but what else is new in your world? Any other big projects in the works?

I just worked on a new film with Scott Cooper, the guy that did Crazy Heart. It’s a Western called Hostiles that we filmed up in New Mexico. I really had a lot of fun with that and wrote a song for this movie, too. So we’ll probably get that out next year, and then other than that … time to start writing for a new album. But until then, it’s just nice to be home for a little while.