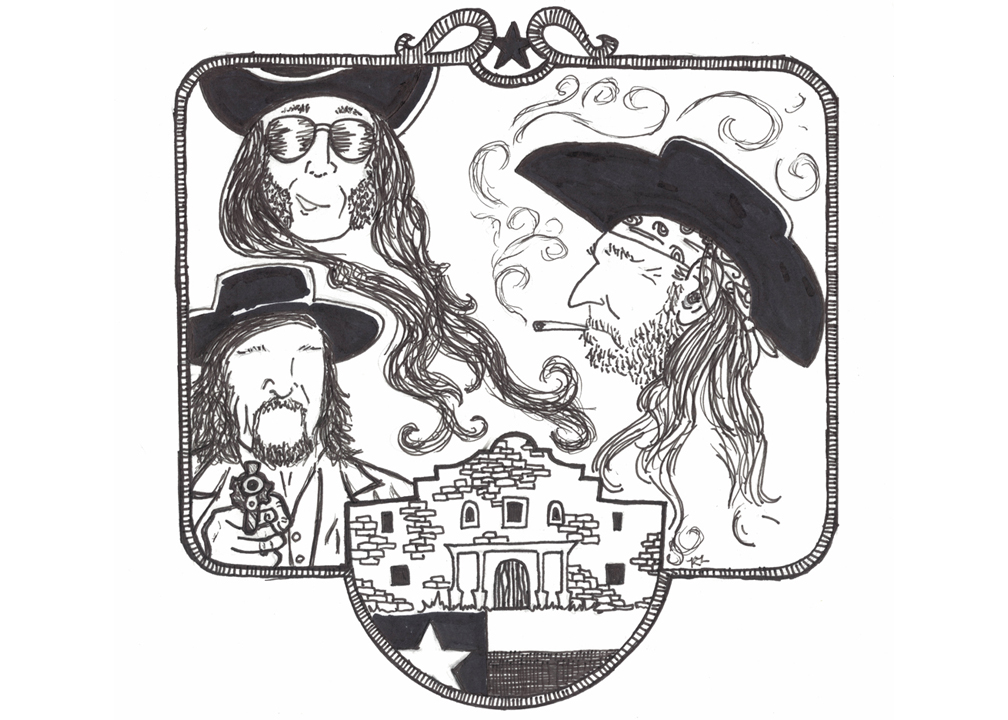 Last month, we introduced our new “LSM Tournament Brackets” feature with a little something we humbly called “The Ultimate Texas Country vs. Red Dirt Album Showdown” — pitting 64 of the biggest albums of the “LSM Era” (1999-2016) against each other in a fan-voted contest for supremacy. It came down to a heated final match-up between the Randy Rogers Band’s Rollercoaster and the Turnpike Troubadours’ Diamonds & Gasoline, with the Oklahoma kids winning ultimate bragging rights. There were tears and upsets aplenty along the way, along with a fair amount of expected “how dare you make us choose!” admonishments from readers, but we had so much fun putting the whole thing together and watching the results, we just couldn’t wait to get started on our next tournament.

This time around, though, we’re making things really hard and turning our focus to the ’70s: aka, the real Golden Age of “Texas Music,” back before the whole thing “done got out of hand” — or perhaps more accurately, back to its freewheeling heyday when things routinely done got out of hand, every single time that notorious hell-raising “Scamp” Jerry Jeff Walker swaggered across a stage or Ol’ Waylon flipped the bird at the Nashville status quo with a baritone rebel growl. It was the decade when prodigal Lone Stars Willie Nelson and Doug Sahm came home from sojourns east and west and turned Austin into a Groover’s Paradise, and poets like Kris Kristofferson, Townes Van Zandt, Guy Clark and Billy Joe Shaver boot-kicked the bar for Texas songwriters into the stratosphere. Lost Gonzos and Cowboy Twinkies roamed the circuit free and wild as they pleased, gleefully baiting rednecks and hippies alike, and Panhandle mavericks like Joe Ely, Butch Hancock and Terry Allen bottled Lubbock lightning and Flatland boogie that floored punks and critics from London to New York City. Whether you call it “progressive country,” “cosmic cowboy,” “redneck rock” or straight-up “outlaw,” the bottom line is, this right here is the good stuff: 64 stone-cold classic albums from 1970-1980 that laid the foundation for Texas music as we know and still love it today. But when push comes to shove and honky-tonk heroes rumble in a there-can-be-only-one battle royale, which one reigns supreme as the most legendary of them all? We’re just gonna leave that for YOU to decide.

So, with out further ado … click on the “Vote Now” button on the image below if you’re on a mobile device or on any of the match-ups if you’re on a computer and get pickin’! And remember to keep checking back to vote again in each new round (all times CST).

Next post The Maines Boys are back in town