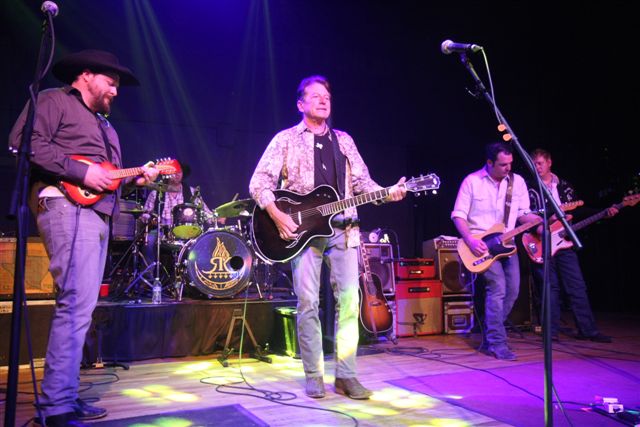 “Hey operator, cancel the phone call/I hear somebody knockin’ at the door …”

Anytime Joe Ely sings those lines in concert, best cancel your plans for going anywhere for the next seven or 10 or sometimes even 15 minutes. Because that’s “Cool Rockin’ Loretta” knockin’, and once Ely lets her in, there ain’t nobody going nowhere until she’s had her way and mopped both the stage and dancefloor with everyone within earshot. On the evening of Sunday, April 27, that meant not only Ely and his backing band for the night, Reckless Kelly, but all of the other Americana roots ’n’ roll artists — plus a few hundred fans — gathered inside the Marc in downtown San Marcos for the sixth annual Lone Star Music Awards. 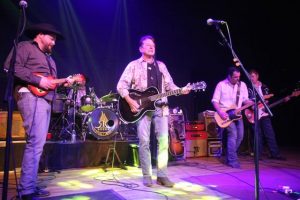 The epic “Loretta” closed the three-song “J.E.R.K.” set by Ely and Reckless Kelly that kicked off with “Dallas” immediately after Ely’s induction into the Lone Star Music Hall of Fame. It was arguably the highlight in a night celebrating nothing but highs from the last 12 months in Texas, Red Dirt, and Americana music and — in the case of Ely and fellow LSM Hall of Fame inductee Kent Finlay — storied careers spanning four decades. Reckless Kelly would return to the stage (sans Ely) a few minutes later for their extended headlining slot, after the presentation of the evening’s last two awards: Song of the Year, to William Clark Green for “She Likes the Beatles,” and Album of the Year, to Jason Boland & the Stragglers for The Dark and Dirty Mile. 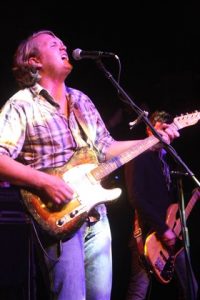 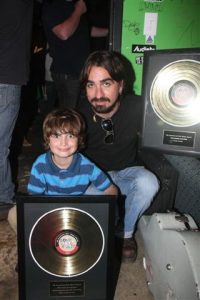 Also honored were Dickson Production’s annual MusicFest in Steamboat Springs, Colo. (Festival of the Year) and San Marcos’ storied Cheatham Street Warehouse (Venue of the Year, nicknamed the “Gruene Hall Award” after the historic dancehall was retired from eligibility after winning five years in a row.) And 8-year-old Dierks Canada entered the record books as the youngest LSM Award- winner ever for his Album Art of the Year-winning painting used for the cover of his dad Cody Canada’s Some Old, Some New, Maybe a Cover or Two. (Dierks actually painted the piece when he was only 6.)

The evening kicked off with master of ceremonies Mattson Rainer of KNBT introducing Zane Williams and Kylie Rae Harris, two of the up-and-coming artists featured on the current season of TV’s Troubadour, TX. Their three-song set, which included a duet on Williams’ “Pablo and Maria,” was followed by performances throughout the rest of the evening by fellow nominees Chris King (backed by his full band), Slaid Cleaves (who sang his crowd-pleasing “Texas Love Song,” another nominee for Song of the Year), Emerging Artist winners Thieving Birds (whose frontman, Ace Crayton, had also been in the running for Male Vocalist), Country Album winners Kelly Willis and Bruce Robison, and, just before the Hall of Fame inductions, William Clark Green, whose full-band set naturally included his winning “She Likes the Beatles.” 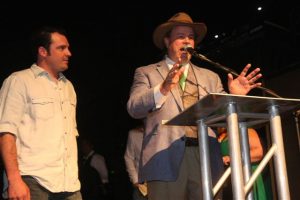 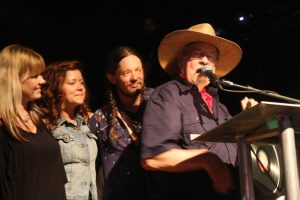 First introduced at last year’s awards show, the Lone Star Music Hall of Fame was started to recognize artists whose music and careers have come to exemplify Texas and Americana music at its finest — and who have played an undeniable role in inspiring and even guiding countless others in their wake. Willy Braun of Reckless Kelly had the honor of inducting legendary Lubbock rocker and songwriter Joe Ely with help from a very special guest, 2013 LSM HOF inductee Robert Earl Keen. Keen didn’t perform this year, but his surprise appearance and characteristically funny but reverent intro remarks were as enthusiastically received by the crowd as Ely and Reckless Kelly’s subsequent powerhouse “J.E.R.K.” set — not to mention the emotional acceptance speech by the night’s other HOF inductee, songwriter and Cheatham Street Warehouse don Kent Finlay. Finlay’s fame and name may not be as widely known as Ely’s, but his impact on the Texas music scene as a mentor and/or father figure to artists ranging from George Strait to Todd Snider to Randy Rogers to William Clark Green cannot be overstated. To paraphrase Slaid Cleaves, one of the handful of Cheatham Street alumni on hand who helped induct him, “You just can’t have a Lone Star Music Hall of Fame without having Kent Finlay in it.” 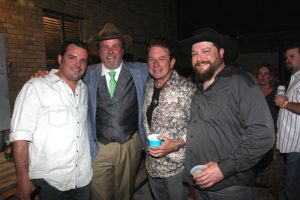