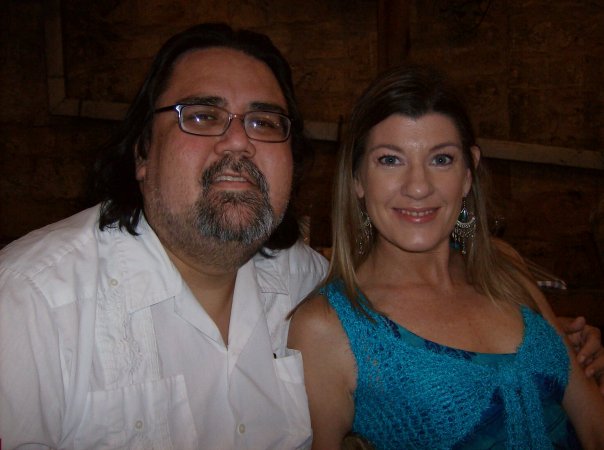 Steve Silbas, the other half of Casbeers’ “Barb ’n’ Steve,” passes

On April 8, just five months after losing his beloved wife, Barbara Wolfe, to cancer, former San Antonio club owner Steve Silbas died in a hospice two weeks after suffering a heart attack and stroke. He was 51. Silbas, who had diabetes, had been in ailing health for some time even before Wolfe’s passing, but remained optimistic through his grief while undergoing dialysis and waiting for a kidney donor.

For the better part of a decade (1999 through 2008), Silbas and Wolfe owned and operated the Alamo City restaurant and concert venue Casbeers on Blanco Road, which specialized in serving up delicious enchiladas and hamburgers and booking local, regional and touring Americana singer-songwriters and roots rock acts. In 2008, they moved the business into an old Methodist church in the King William Historic District. Casbeers at the Church (later renamed San Antone Cafe & Concerts) maintained the menu and intimate feel of the original Casbeers in its dining area but also featured a larger listening-room like concert space in the chapel, complete with church pew seating. It was a beautiful venue with terrific acoustics, but it only lasted four years. The couple closed the business in the spring of 2011, citing the economic downturn and Silbas’ health issues (he had had open-heart surgery earlier that year.) The venue’s final concert was a Bob Dylan Birthday Bash tribute show on May 24, 2011.

Silbas was buried with his wife’s ashes in San Antonio. At the memorial service, Texas songwriter David Rodriguez sang Buck Owens’ “Together Again” in honor of the couple who endeared themselves to so many musicians and San Antonio music fans for 13 years.