Q&A: Lincoln Durham Mining the dark and playing with fire (and cigar-box guitars) to share his "Revelations of a Mind Unraveling" 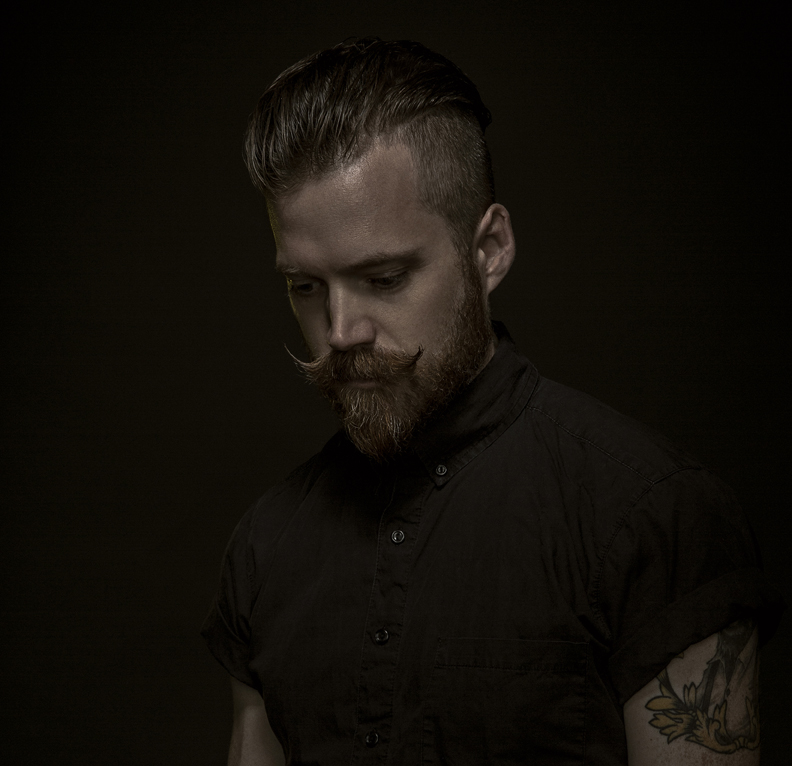 Spend any time listening to Lincoln Durham’s music, and you might come to the conclusion that he’s the angriest young performing songwriter in America — or at the very least, one of the most tortured. Although he began his musical journey as fiddle-playing child prodigy on the Texas opry circuit and later briefly performed as one-half of the acoustic roots duo Liz and Lincoln (with his now ex-wife and current Trisha Liz Foster), Durham found his true calling as a one-man-band specializing in blood-soaked grit and flame-licked blues, channeling his demons onstage and in the studio through an arsenal of cigar-box guitars, tinkered-with amps and a hell of a lot of stomping. Fear, madness, and all manner of messy emotional chaos have been his primary colors as an artist ever since, but intense as his first two full-length solo albums were, he’s really outdone himself with his latest and unrelentently bleakest release to date, the perfectly titled Revelations of a Mind Unraveling. To call such cheerily named numbers as “Bleed Until You Die,” “Rage and Fire and Brimstone,” “Rusty Knife” and “Noose” unnerving would be an understatement, but Durham’s artfully documented downward spiral is undeniably compelling from the outside listening in — so much so that one almost feels embarrassed by the voyeuristic thrill of it all, knowing that such songs can’t possibly come from a happy or particularly healthy place. But consider Durham grateful, both for the songs and those willing to hear them: He calls the outlet of writing, recording and performing much needed “free therapy.” We caught up with Durham to talk about the new record and his fascination with the dark … and merrily making all sorts of bloody noise with the most low-tech instruments he can get his hands on.

How did you record this album?

I did this one live, and all on tape. We recorded a track four our five times and chose the best track. Because of that, you get the imperfections of live music, which is what I wanted. I wanted the spirit of a live performance. I play differently live and differently when I’ve got everything going on at once. The way I vocalize things is even different. It’s better if I go in not over-thinking it all.

What have you found to be the main differences between recording to tape and digital?

Tape just has more depth and warmth than digital does. If you blast it out on nice speakers, you can really hear the difference. The difference a person hears in their car or on their iPhone is probably minute, but it just feels better. I like putting my stuff on vinyl, and that realm is where you can really tell the difference in depth and warmth. It has a different life to it. The truth of the matter is that some things just aren’t better with technology.

You play a couple of different cigar box guitars. How did you get into that unusual instrument?

Originally, I saw one at the local guitar shop I was going to, and I went from there. When you’re doing the one-man-band thing, you want to always have 60 to 90 minutes of material ready and to keep it interesting for the audience. I always try to figure out what noises I can come up with to keep an audience engaged. The first cigar box guitar I played was a one-string and I challenged myself to see how much noise and volume I could get out of it.

The subject matter of your songs is usually pretty dark. Why are you so drawn to such heavy topics?

I don’t know how to write any other way than to go with how I feel or what I’m feeling. It’s less an appeal to the subject matter than it is the feelings I have prompting me to write a song. I’ve never been a songwriter just for the sake of playing some songs, or to get rich, which is a bad way to go about songwriting. I write the songs because it’s the only way I can deal with the things I have going on mentally and emotionally. I write songs to spit out what’s boiling in me and that’s how I find refuge from what’s going on in my head. There are songwriters who enjoy writing about darker characters and themes simply because they like writing that way, but I don’t consider myself a songwriter, really — I just consider myself to be somebody saying how I feel through lyrics, if that makes any sense.

Do you consider yourself to be an especially angry or troubled person?

Some people drink, some work out, and I write songs, but I’m not really any different than anyone else in that way. I grew up with some debilitating mental stuff and I was heavily medicated as a kid, and I still deal with a lot of that stuff today. I’m not a fan of medication, but I do still deal with crippling OCD. Music is just my way of dealing with it all instead of medicating myself, or doing whatever else; I try to feel it, write a song about it and hope that helps.

Substituting music for medication is a significant step when dealing with things like depression and anxiety. How did you realize you could do that?

I was a child of the ’90s, and that’s when grunge music came about. The things I was dealing with were what so many of those songs were about, so that music spoke to me. I found a kind of music that I really understood.

I can’t just sit down and write like so many people can. If things are going smooth or pretty well, the songs don’t come easy to me. I have to wait for the game to come to me, and I usually need to be a less-than-ideal state of mind for a song to come to me.

So, we shouldn’t expect to hear a Lincoln Durham Sings About Hearts and Flowers anytime soon?