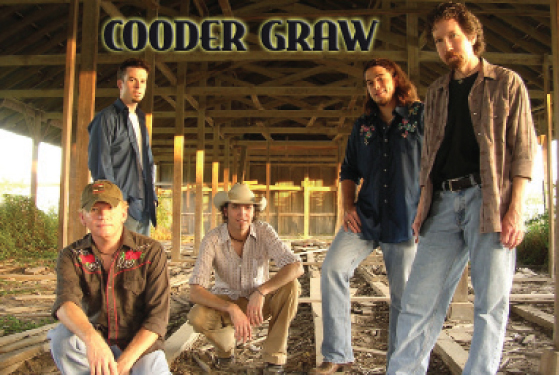 Look over the main-stage lineup for the 24th Annual Larry Joe Taylor Texas Music Festival (set for April 24-28 at Melody Mountain Ranch in Stephenville), and you’ll see all the usual and expected suspects: Kevin Fowler, Randy Rogers, Wade Bowen, Pat Green, Reckless Kelly, Jason Boland, Josh Abbott, Aaron Watson, Johnny Cooper, etc. But one name on the list does jump out as something of a surprise and a blast from the past: Cooder Graw. The Amarillo-formed band, fronted by singer Matt Martindale and best known for its anthem “Llano Estacado” thanks to a long-running Dodge truck commercial, was one of the biggest draws on the Texas circuit throughout the first half of the last decade before signing off at the end of 2006. But now they’re back, and not just for one show, either: following their April 28 performance at the LJT Fest, Cooder Graw will embark on a reunion tour that will find them playing across Texas well into the fall. Along for the ride are Martindale, lead guitarist Kelly Turner, bassist Paul Barker, drummer Kelly Test, and guitarist/mandolin player Jon “Fish” Hunt. Additionally, fellow Cooder Graw vets Jimmy Url (pedal steel) and Nick Worley (fiddle) are also expected to rejoin the gang for select shows (Url has been dealing with some recent health issues, and Worley will have to work around his schedule with his current band, Jason Boland and the Stragglers). For more info on the LJT Texas Music Festival, visit www.larryjoetaylor.com.