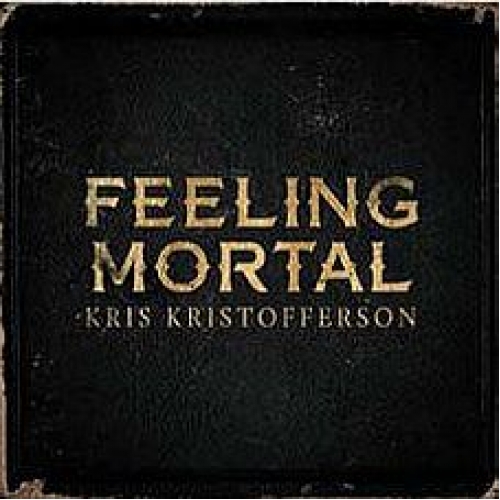 Kris Kristofferson’s autumnal renaissance officially takes flight now. The legendary songwriter’s new Feeling Mortal — a compelling meditation equal measures heart (“Mama Stewart”) and hope (“Bread for the Body”) — doubles down on recent efforts with stunning results. Read the album title again for a perfect thematic summation. “Here today and gone tomorrow is the way it’s gotta be/With an empty blue horizon for as far as I can see,” Kristofferson sings early on. “God almighty, here I am; am I where I ought to be?/I’ve begun to soon descend like the sun into the sea.” The 76-year-old frequently looks back fondly on a life well lived and offers compelling messages throughout. In a nutshell: Embrace your gratitude, enjoy every moment, and study shadows any chance you get.

Kristofferson occasionally sends wise and witty one-liners toward old acquaintances. “I’ve got a friend named Ramblin’ Jack and he’s got a face like a tumbledown shack,” he sings on the closing “Ramblin’ Jack.” “Been lived in too long to be torn down.” His portraits typically reflect both ways like that. After all, the Country Music Hall of Famer’s long been a master at turning mirrors. Classics like “Me and Bobby McGee” remain singular, but the unsentimental snapshots on Feeling Mortal are equally rewarding (the weepy-steel “Stairway to the Bottom” particularly stands out). Thoughtful instrumentation elevates the album above Kristofferson’s other stellar Don Was productions (2006’s This Old Road and 2009’s Closer to the Bone), but razor-sharp lyrics remain his biggest weapon. “My eyes grew accustomed to looking to you/And my arms found a body they hunger to hold,” Kristofferson sings on “My Heart Was the Last One to Know,” a long ago co-write with Shel Silverstein. “And the rest of my senses surrender to you/But my heart was the last one to know.” Bottom line: Feeling Mortal goes down as Kristofferson’s most satisfying and seamless album since his 1970s Monument Records heyday. — BRIAN T. ATKINSON