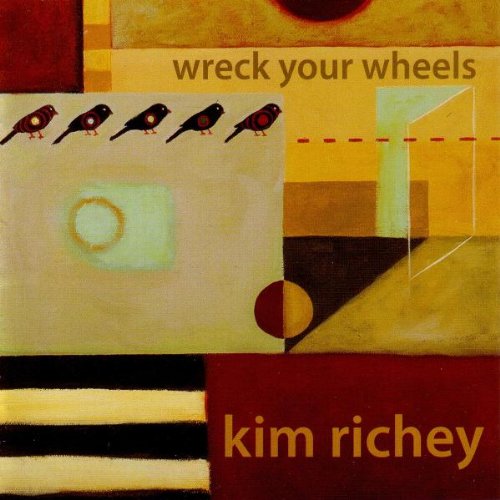 When the deadlines, pay and other downsides of music journalism make you wonder why you still bother, along comes another Kim Richey album to remind you why you can’t give it up. Somebody has to keep singing the praises of artists like her — soulful, literate artists with gorgeous, shimmering voices and songs that make you feel like they know you. Songs capable of making you ache and smile simultaneously. Richey’s been pulling that off for 15 years, though the two-time Grammy nominee still seems criminally underappreciated.

Richey has one of the most beautifully nuanced singing styles out there, and her songwriting conveys an emotional awareness and attention to detail only the best possess. (Exhibit A: “Careful How You Go,” which draws a wintry-night image as vivid as a painting.) That’s why she attracts so many A-list collaborators; this time, on Wreck Your Wheels, they include Mark Olson, Boo Hewerdine, Mando Saenz, Will Kimbrough and the late Tim Krekel, along with producer and everything player Neilson Hubbard. Matthew Ryan provides harmony on the arresting title track; the others pepper their talents throughout. The result is so crystalline, yet so organic-sounding, it reconfirms both the value of recording live — together in the same room — and the even bigger payoff of listening on CD, through real speakers.

The centerpiece is “When the Circus Comes to Town,” with its gut-bucket blues guitar and “bee chorus,” but part of Wheels’ charm is that every track is strong. And each is infused with subtle grace, like “Keys,” in which she sings, “Keys, they jangle in your pocket/we find a door and then we lock it. … Keys, at the bottom of the drawer/I’ve forgotten what they’re for, but I’ll keep them just in case.” Like “For A While” and the album closer, “Word to the Wise,” it’s Richey at her bittersweet best — regret-tinged but not mournful. Melancholy might be her undercurrent, rumination her trade, but sometimes you just lock up the pain. And then you put banjo, trumpet and euphonium on a song called “Once in Your Life,” that’s all about taking risks — maybe even running away to join the circus. Or find love. As long as there’s life, there’s hope. — LYNNE MARGOLIS