Kacey Musgraves: So much more than “Pageant Material” Everywhere she goes, the “Dimestore Cowgirl” brings it all back home 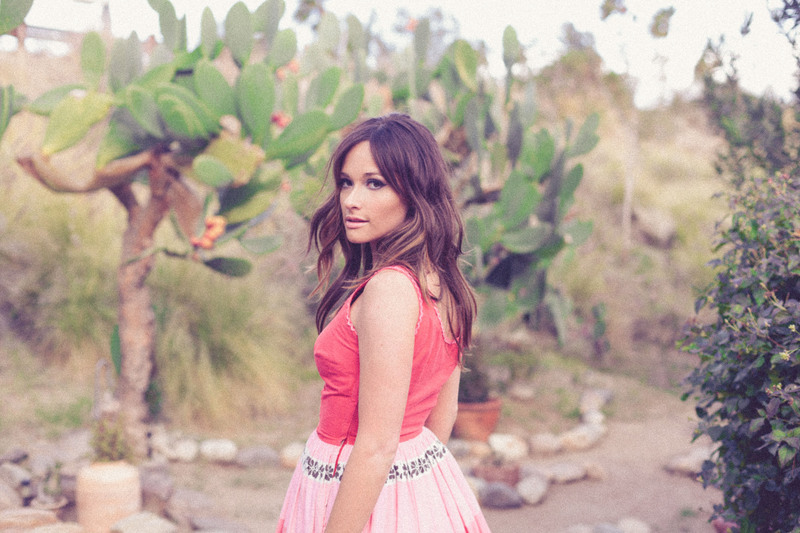 Kacey Musgraves knows the value of family. At the 50th Anniversary of the Academy of Country Music Awards telecast from AT+T Texas Stadium this spring, the critical catnip songwriter arrived looking like a high-gloss Loretta Lynn on her grandfather’s arm. The spangle ’n’ rhinestone-encrusted pair not only spoke — without saying the first word — to the power of the Same Trailer, Different Park and Pageant Material creator’s roots, it showed that her small-town reality hasn’t been lost in the whirl of big time showbiz.

Just as tangibly, Musgraves opens “This Town” (from this year’s Pageant Material) with her grandmother recounting the kind of crazy small-town story that is usually met more with a “bless their hearts …” than a caustic, eye-rolling “can you believe…?” And it’s not even nostalgia, so much as giving people a window into her world.

“One of the things we always liked to do with her was get her going on her stories about work,” Musgraves, tucking a loose strand of her low-rise bouffant hair behind her ear, says with a broad smile. “She always worked in an ER as a nurse, always, as long as I can remember. She was a really tough woman, so she always had the craziest stories.

“She was just the telling the story, and I hit the record on my phone,” Musgraves continues. “I thought, ‘I might want to hear this some day.’ I didn’t even have a reason or a thought behind it, other than this is a good story. She didn’t know she was being recorded, she never knew. Then, after the song was tracked, I really wanted some kind of vibe — almost like a front porch story or like a TV on in the background. So it ended up being perfect …”

Her smile grows even brighter. Then she adds, “We called her Meemaw by the way. That was my Meemaw.”

Never mind that the young woman who was born and raised in Golden, Texas brought home two Grammys for Country Song for “Merry Go Round” and Country Album for Same Trailer, Different Park — and has picked up another Best Country Album Grammy nomination for Pageant Material since this interview. As she sings in Pageant Material’s “Dimestore Cowgirl,” she’s done things most people never dream of, but remains more interested and intrigued by the things she was raised on. 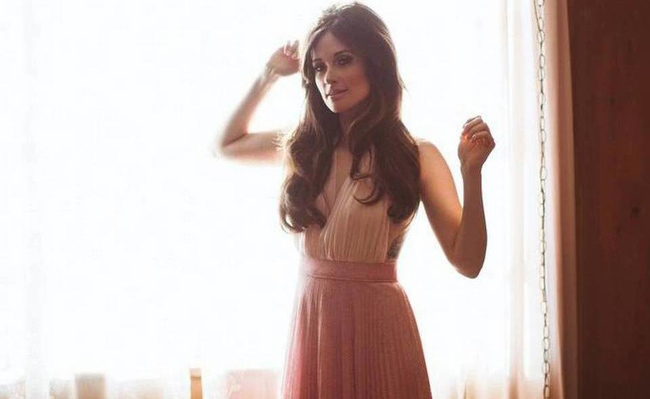 “Dimestore Cowgirl” is a perky, acoustic-driven mid-tempo number that serves as both travelogue for a young 20-something living her wildest dreams and a way of measuring benchmarks of outward success, which provide a clear contrast with the things that truly matter to her. Beyond the lyrical name-check of having her picture made with Willie Nelson, she has also written about and sung to Americana songwriting icon John Prine, toured with Katy Perry and taken her own small town tinsel and band tricks “Country & Western Rhinestone Revue” across America, including two sold-out nights at Nashville’s historic Ryman Auditorium.

Over the last three years, Musgraves has dominated the outside-the-mainstream mainstream conversation by plying a slightly hippie, total tolerance tone in her lyrics — and her life. If she stands up — and she does — it’s for the outsiders being picked on, whether it’s the love-who-you-will, smoke-what-you-like “Follow Your Arrow,” the trash-talking waitress who wants to get out of town “Blowin’ Smoke” or the can’t-outrun-the-gossip Golden Rule of “This Town.”

She laughs, tucking a black gabardine jumpsuit leg beneath her. Mugraves has no interest in being “Kacey the Preacher,” and explains, “because I am a young female who speaks her mind, that might empower someone, maybe not the specific ideas, although those might, too. I had a journalist the other day say. ‘Why are you such a feminist?’ and I was like, ‘I’m not a feminist, I’m a humanist.’

“I’m not standing up for just women,” she continues. “I think there are some double standards that really get on my nerves, but I’m just … I’m writing from the perspective of a 26-year-old figuring out how to live. We’re all figuring it out together. We all experience the same thing. I wouldn’t be authentic if I didn’t or my message wouldn’t be, if I wasn’t honest about the things that make me ‘me.’ A lot of people pull that out of my songs and use it, either for or against me, but it’s not a whole lot different than people singing about moonshine. To each their own. I think everything in moderation. I don’t have anything to hide, that’s the thing. That’s one small fraction of what life is, you know? It’s a very small part of the human experience. And for a genre that’s built on being very real and very forthcoming about all kinds of things, I think it’s important to include everything.”

Everything includes — of course — smoking pot. But it’s not about being sensational so much as being honest. Just as importantly, it puts her in league with her friend and recent tourmate Willie Nelson, who sings on Pageant Material’s haunted hidden track, “Are You Sure?”

“It’s an old song of his. A really old one,” Musgraves says. “It’s on one of his first records, from when you didn’t even know who he was and the character he is today. But he never sings or plays it. I randomly heard it on YouTube, just a version with he and his guitar, and I was like, ‘Holy fuck! This is two minutes and 14 seconds of the realest shit that you’ve ever heard!’ It came about really organically with him. It was a really obscure song I’d never heard him play, and I brought it up one day. He seemingly pulled a guitar out of literally nowhere. We kind of worked it up, and it fell together. It was just crazy.”

Musgraves pauses, smiles at how pleasing the track is to her.

“He’s this wise, wonderful weathered voice that comes in, the voice everyone knows and loves. You hear his guitar playing before his singing, you hear Trigger and you know a storm is brewing. A Willie Nelson storm is brewing and he’s about to pop out!

“I loved saving it for a surprise: the last thing someone hears on the record …”

The girl with the pink neon saguaro cacti and hand-tooled boots never set out to be the poster child for outcasts, alternatives and old schoolers. Still, when she’s talking about Pageant Material’s influences, it’s a roundup of classic stars most kids her age might name check, but couldn’t tell you the hits. The lush “Late for the Party,” which seems like a siren’s song for the late adopters to her charming album, is a fidelity whirl about being right where one wants to be — no matter who’s showing up at the big event.

“That one was really inspired by Ronnie Milsap, a lot,” she says. “There was this really great era of country that had a really good groove. Ronnie Milsap and Charlie Rich … I listened to a lot of Charlie Rich, especially while making this record.”

But that wasn’t all.

“I learned a lot the last few years on the road,” she says of her evolution. “I’ve gotten stronger as a player, as a singer. I know what my direction is more this time. I did want some of my new influences, and some of my old influences, to come across. Like a lot of those old records that I really, really love, like Glen Campbell and Willie Nelson, Marty Robbins, Bobby Gentry. Those records had a nice, even tone; they were recorded in a live manner, so we did that this time around. I wanted that classic live spirit to come across. “

To that end, Musgraves brought her neon cactus into the studio — along with pageant sashes and tiaras for the session musicians. The focus throughout the recording was on keeping the mood easy. If there is an obvious way to do things, the songwriter eschews them to keep on — as Roy Acuff would suggest — the sunny side. But don’t let the whimsy fool you; just because Musgraves wants things to be fun, she’s always been steadfast about maintaining her music her way.

“I’ve been able to create freely and be who I want to be since day one,” she says of the loose vibe that surrounds her. “I’ve never faltered, for any reason. I haven’t painted myself into a corner.

“In a lot of ways, a lot of plans for artists and new music are to put out your more watered-down, your more widespread message first, get crazy later — show them who you really are later,” she continues. “I’m just really thankful I didn’t have to go that route. I think it allowed people to see who I am from day one, and to know they’re either going to like it or not.”