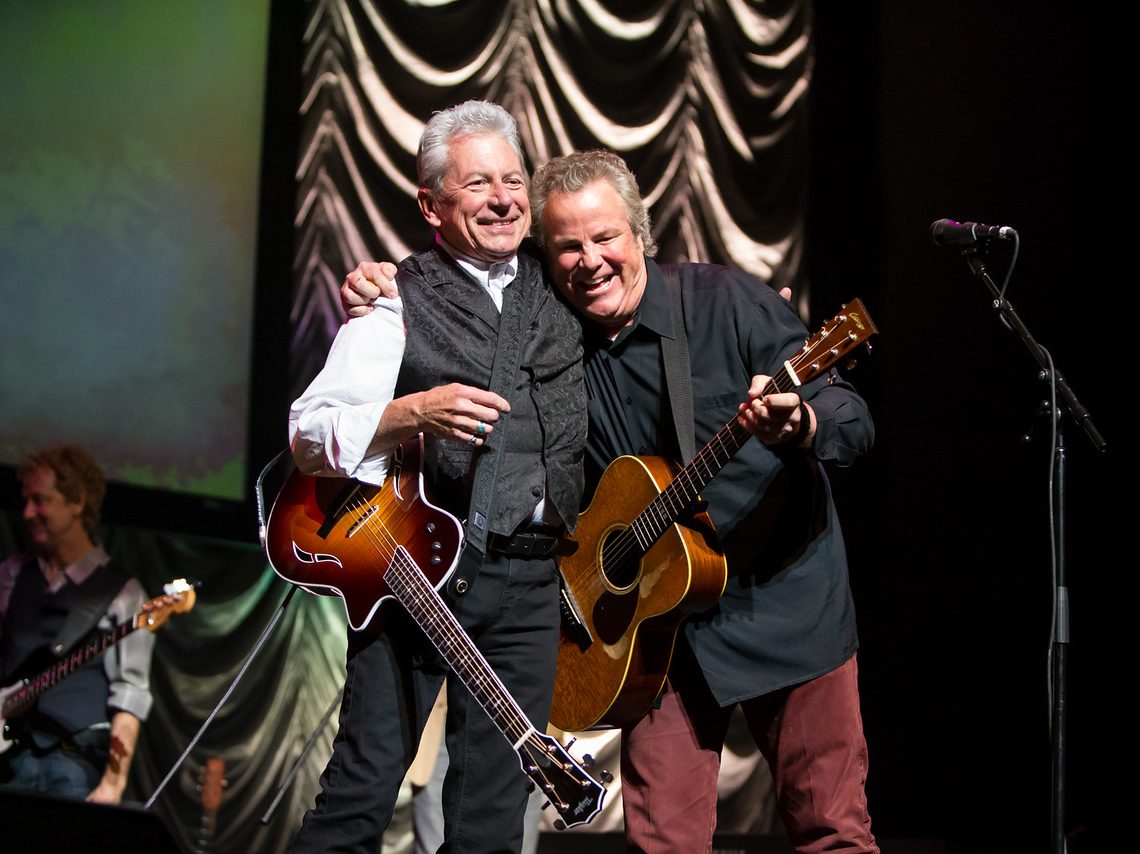 Joe Ely and Robert Earl Keen at the TXHSA Hall of Fame Awards Show (Photo by Ted Parker Jr, Courtesy of the TXHSA)

As cowboy poet/master of ceremonies Red Steagall pointed out at the 10th annual Texas Heritage Songwriters’ Association Hall of Fame Awards Show — held Feb. 21 at Austin’s Moody Theater — Texans have always been a proud bunch. The rest of the world might not always understand that, but based on the collective achievements of the TXHSA HOF’s list of esteemed honorees, there’s no denying Texas’ legitimate bragging rights when it comes to producing great music. And each of the four songwriters inducted Sunday night — Joe Ely, Roy Orbison, J.D. Souther, and Will Jennings — has contributed to that legacy in spades.

As both a member of the legendary Flatlanders and as a solo artist, Ely (born in Amarillo and raised in Lubbock) has been one of the Lone Star State’s most celebrated performing songwriters for more than 40 years; he’s also the official 2016 Texas State Musician. The late Orbison, from Wink, was one of rock ’n’ roll’s earliest superstars, earning his spot in the Rock and Roll Hall of Fame as part of the same year-two induction class that included the heady likes of Muddy Waters, Bo Diddley, and B.B. King. Souther, born in Detroit but raised in Amarillo, was more than a little responsible for the hugely successful Southern California sound of the ’70s, co-writing a handful of the Eagles greatest hits (including “New Kid in Town,” “Heartache Tonight,” and “Best of My Love”) as well as songs for Linda Ronstadt and George Strait. And although Jennings, from Kilgore, may not be as well known as a certain other Texan (and HOF member) of the last same name, odds are you know his work: In addition to co-writing songs like Eric Clapton’s “Tears in Heaven” and Steve Winwood’s “Higher Love,” he also wrote “My Heart Will Go On,” the main theme from Titanic. [Earlier inductees to the TXHSA Hall of Fame include, among others, Townes Van Zadnt, Guy Clark, Willie Nelson, Rodney Crowell, Roger Miller, Billy Joe Shaver, Delbert McClinton, and Robert Earl Keen.] 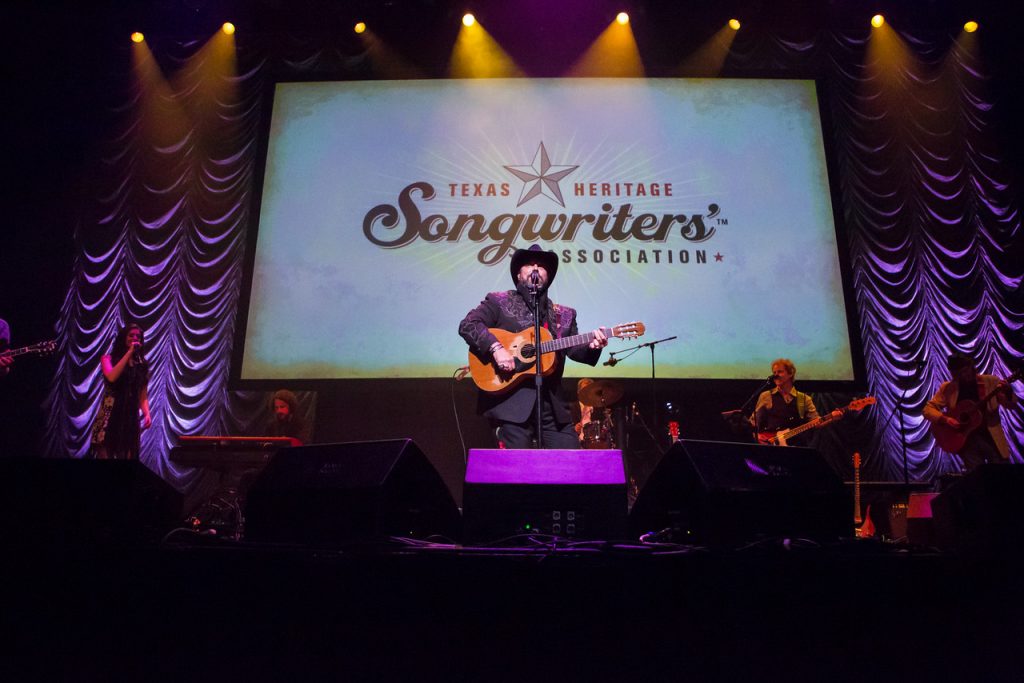 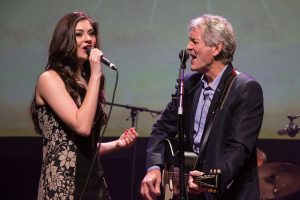 Rodney Crowell and Mignon Grabois singing Will Jennings’ “Please Remember Me.” (Photo by Ted Parker Jr, Courtesy of the TXHSA)

The Awards Show featured short documentary-style videos for each new member, in which fellow musicians and music business professionals spoke to the impact of each inductee’s body of work. The three living inductees also talked in the videos about how their own craft was influenced by the heritage of Texas songwriters before them, from Ely discovering the genius of Townes Van Zandt after picking him up hitchhiking to Souther discussing his admiration of Orbison. And of course there were also live performances by guest artists honoring some of the inductees’ best known songs. Houston vocalist Mignon Grabois covered the Titanic song, Rita Coolidge performed Jennings’ “Take It Home,” and Rodney Crowell sang both “Many a Long and Lonesome Highway” and (with Grabois) “Please Remember Me.” The key of Roy [Oribison]  was expertly channeled by Mavericks’ lead singer Raul Malo, who brought the crowd to its feet with his covers of “Oh, Pretty Woman” and “Crying.”

But the night truly belonged to Ely, who was the only 2016 inductee able to attend the show. After performing a couple of his songs (“All That You Need” and “Streets of Sin”) solo acoustic with Jeff Plankenhorn, Ely was joined by his Flatlanders bandmates Butch Hancock and Jimmie Dale Gilore for a spirited “Right Where I Belong.” He was then joined by another old friend, Robert Earl Keen, for a cover of Keen’s fail-proof crowdpleaser, “The Road Goes On Forever.” And finally, with a fitting nod to his own West Texas songwriting heritage, Ely paid homage to fellow Lubbock luminary Buddy Holly, closing the evening’s festivities with an exhilarating blast through “Well … All Right” and “Oh Boy.”