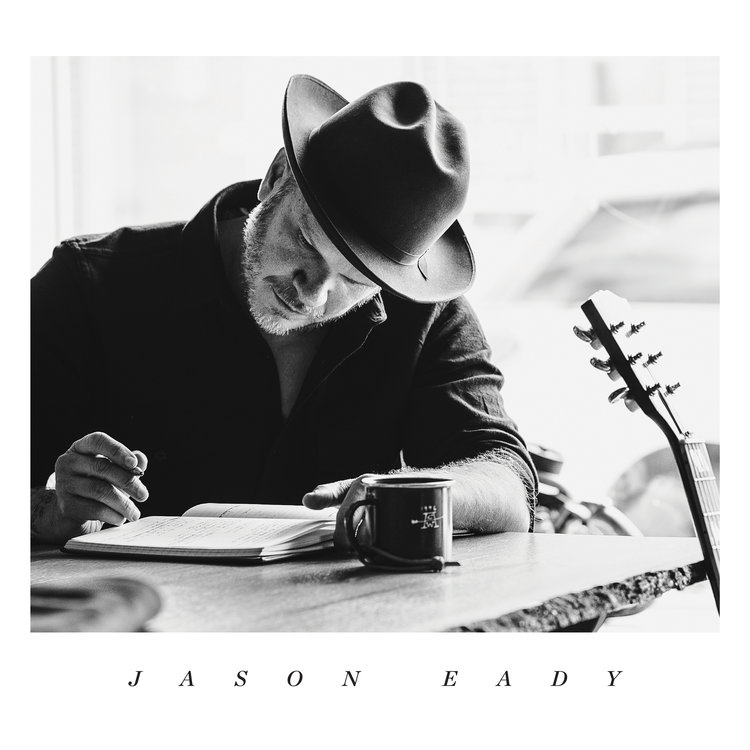 Why exactly Jason Eady opted for the old “self-titled” conceit here is a bit of a head-scratcher. This is the Mississippi-reared Air Force vet’s sixth album since launching his recording career in Texas 12 years ago, and being his fourth in a row produced by Kevin Welch, it doesn’t really signal a dramatic change of direction. That’s not a bad thing, either; while eponymous releases this deep into a catalog are sometimes meant (at least in theory) to herald a return to core artistic principals or form, Eady hasn’t exactly been lost in the wilderness of late. His last two outings, 2012’s AM Country Heaven and 2014’s Daylight and Dark, proved the most widely acclaimed of his career, and the 10 new songs on Jason Eady — nine of them written or co-written by Eady — are all cut from the same high-quality cloth.

Eady is unabashedly a country music traditionalist, but what sets him apart from a lot of artists and songwriters who wave that flag is the fact that he doesn’t trade in retro gimmickry or the kind of more-outlaw-than-you strutting that can feel as shallow and calculated as anything clogging the mainstream. He just hunkers down with a guitar, notebook, and presumably a cup of coffee (yeah, just like you see him doing on the album cover here) and sets to work ruminating on life at 40 and the myriad lessons he’s learned en route to getting there. “If it’s true that I’m middle-aged now, I’ll take it,” he offers in the closing “40 Years,” assessing his time left with a glass half-full of come-what-may. “It took this long to get to where I am/The second half will be all that I can make it/only this time around I’ll understand.” Mind, at no point does Eady sound like a guy who thinks he’s got life all figured out; as he puts it bluntly in “Why I Left Atlanta,” “I could tell you my story, I just don’t know how it will end.” But the answers he does have a handle on he shares with matter-of-fact, three-chords-and-the-truth directness that always feels rooted in the perspective of clear-headed, 20/20 hindsight rather than forced profundity. In the opening “Barabbas,” he sings for the pardoned sinner determined to make the most of a second chance he knows he doesn’t deserve (a recurring theme throughout the record), and he brings the same sense of humility and empathy to his songs reflecting on grown-up relationships, marriage, and family. “I haven’t always been the dad that I thought I’d be/God knows that I’d go back if I could,” he admits in the George Strait-worthy “Not Too Loud.” “Maybe she will learn from the mistakes I’ve made/Wouldn’t that be good.”

The melodies he sings those lines to, though certainly tuneful enough to do justice to his strong, confident voice, aren’t necessarily the kind that you’ll find yourself humming for long after the record ends. The most notable exception is the mandolin-driven “Drive,” which his co-writers Kelley Mickwee and Jamie Wilson first recorded five years ago with the Trishas; by comparison, Eady’s version is more of a dusty backroad ramble than a soaring escape on angel wings, but that big ol’ chorus (boosted here with harmony assists from his wife, Courtney Patton, along with producer Welch and Tammy Rogers) still makes good on its getaway. “Waiting to Shine” kicks along at a fairly brisk pace, too; but for the most part the tempos across the board here are a good deal slower, better suited for Sunday mornings coming down or late-night soul searching than for burning down the highway. But even at their most musically understated, Eady’s songs — especially the weary-hearted “Where I’ve Been” and “No Genie in This Bottle” (with its haunting Lloyd Maines pedal steel) — are all grounded in the kind of lived-in, mature insight that makes them feel built to last. As a collection, they arguably deserved a more compelling title than just Jason Eady; but if it’s Eady doing what Eady does best at his best that you’re looking for, consider it nothing less than truth in advertising. — RICHARD SKANSE