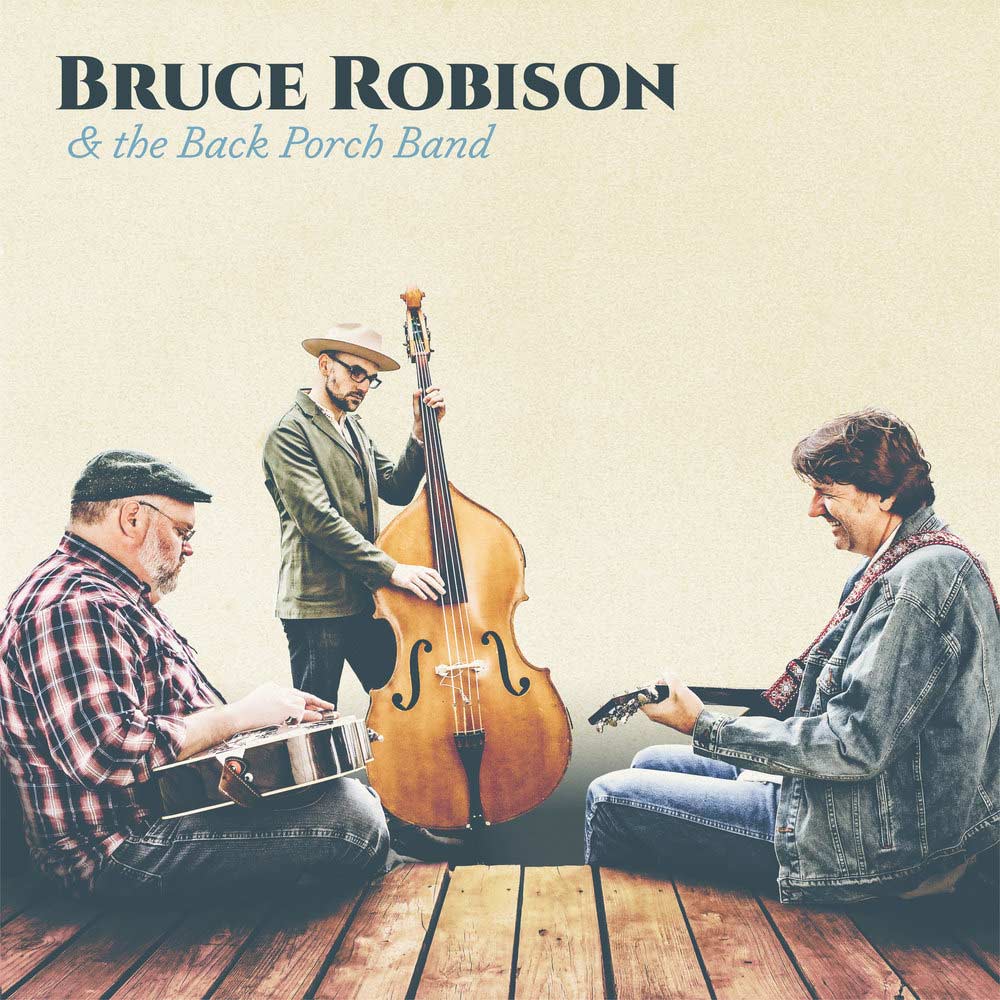 “Wanna punch that one from the bong hit on?”

That little nugget of studio chatter — uncredited, but at a guess spoken by engineer James Vollentine — sums up just about all you really need to know about Bruce Robison & the Back Porch Band. Between making two albums with wife Kelly Willis (2013’s Cheater’s Game and 2014’s Our Year) and launching his video podcast/digital singles project “The Next Waltz,” Robison certainly hasn’t been idle over the last decade, but his first solo album since 2008’s The New World could not sound less fussed over if he knocked it out in a day. And that’s what makes it such a genuine hoot. Recorded at Robison’s all-analog Country Bunker in Lockhart, Texas with a revolving cast of Austin-area friends and cohorts (including Willis and Jack Ingram, who takes that bong hit in the middle of singing a verse in the Jason Eady/Micky Braun-penned “Paid My Dues”), the album could have been titled Good Times, had Bruce’s brother Charlie not beat him to that one 13 years ago. “I wanted to leave just enough mistakes so it sounds live and, well, mission accomplished,” Robison writes in his own liner notes, humble bragging about the “no digital shenanigans” approach (“Just like back when music was good”) while also conceding with a playful shrug that nobody has time to sit down and listen to a goddamn record anymore, so who’s gonna care either way? That seemingly incongruous but happy mix of old-school, can’t-help-it purist pride and screw-it no-pressure stakes imbues the whole album with the casual feel of an after-hours private all-star hootenanny, where goofs are laughed off but there’s too much natural and seasoned talent knocking around for the results not to sound authentically special.

On the downside, it’s hard not to feel at least a little short changed to find only three new Robison originals in the mix, if only because having more Bruce Robison songs released into the wild is always good for the country and Texas music ecosystems. But the three he does share here (“Long Time Comin’,” “Long Shore,” and “Sweet Dreams”) are all legit keepers, while the rest of the numbers — especially Damon Bramblett’s wistfully lovely “The Years” — remind that Robison’s instincts as a singer and interpreter are every bit as keen as his songwriting chops. And though he generally leans more toward the Don Williams/Vern Gosdin balladeer side of the country spectrum than his outlaw-aligning brother Charlie and pal Ingram (who playfully drops an F-bomb not long after that bong hit), he can have and deliver as much fun as the best of ‘em. The aforementioned “Paid My Dues” is matched grin-for-grin — but not all of them necessarily as stoned — by the opening Joe Dickens’ tune, “Rock and Roll Honky Tonk Ramblin’ Man,” and a suitably irreverent crack at the Who’s “Squeezebox,” which Robison introduces by tease-prompting drummer Conrad Chocroun to play “just like Keith Moon.” In the end, nothing about Bruce Robison & the Back Porch Band suggests it’ll be in contention for any sort of album-of-the-year nod, and if only for its lack of more Bruce originals, it’s hard to imagine it knocking the unassailable Wrapped or equally splendid Country Sunshine off the top of anyone’s list of favorite Robison records. But its 33-and-a-half delightful minutes are well-worth making time for in any day, even if you make it a double; as Ingram puts it best right after “Paid My Dues,” “How much to take another ride?” — RICHARD SKANSE