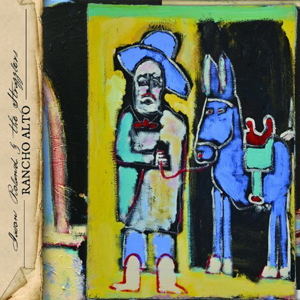 Springing out of Stillwater right around the same time as fellow Okie heavyweights Cross Canadian Ragweed, Jason Boland & the Stragglers have been a fixture on the Red Dirt music scene for over a decade. Thanks to solid lyrics, excellent musicianship, and a relentless touring schedule, the band has amassed a large and loyal following throughout Oklahoma, Texas and the surrounding region, with their 1999 debut, Pearl Snaps, considered by many fans to be a classic in its own time. More recently, both the last studio recording (2008’s Comal County Blue) and the 2010 live set High in the Rockies flirted with the top 30 on the Billboard country music charts. Pretty impressive stuff from a band that did not have a national label well into their first 10 years together together.

Over the past several years, though, Boland seems to have lived a real-life country western song. But instead of mama, trains, trucks, and prison, he’s dealt with car crashes, recovery from vocal polyps and alcoholism, and divorce. Rather than imploding, Boland channeled the energy into making Rancho Alto, a record that manages to be by turns pragmatic, prayerful, and defiantly pissed off. The album finds Boland and his Stragglers — Roger Ray (lead guitar, steel and dobro), Jeremy Watkins (fiddle), Grant Tracy (bass) and Brad Rice (drums) — in fine form, moving seamlessly between fiddle-driven country (”Forever Together Again,” “Between 11-2”) and a sinuous boogie groove (“Pushing Luck”). Boland’s honey-sweet baritone shows no sign of damage from the throat surgery that sidelined the band just as they were getting ready to release Comal County Blue.
Two of the strongest cuts channel the inimitable Woodie Guthrie, a fellow Okie. In “Woody’s Road,” Boland uses snippets of Guthrie’s lyrics to paint a picture of the original rambling man, who spent most of his time on the planet traveling, singing, and generally pointing out injustices wherever he went. The line, “From the frozen heart of darkness/to the light that burns inside/somehow you got to learn just to let it flow” is both part homage and part confessional. Boland also channels songwriter Greg Jacobs’ “Farmer’s Luck” into a modern-day populist anthem about the ugly side of eminent domain. Part spoken word, part revival stomp, the song stands up well alongside Guthrie’s best.

The two Woody-inspired tunes aside, though, there’s not really a unified arc at work here. Rancho Alto is no concept album, just a solid collection of glittering Red Dirt gems, some larger and finer than others. But more than anything else, it’s a document of a really good country band lead by a frontman back in top form. — LAURIE BARKER JAMES

Next post Various Artists: "This One's for Him: A Tribute to Guy Clark"