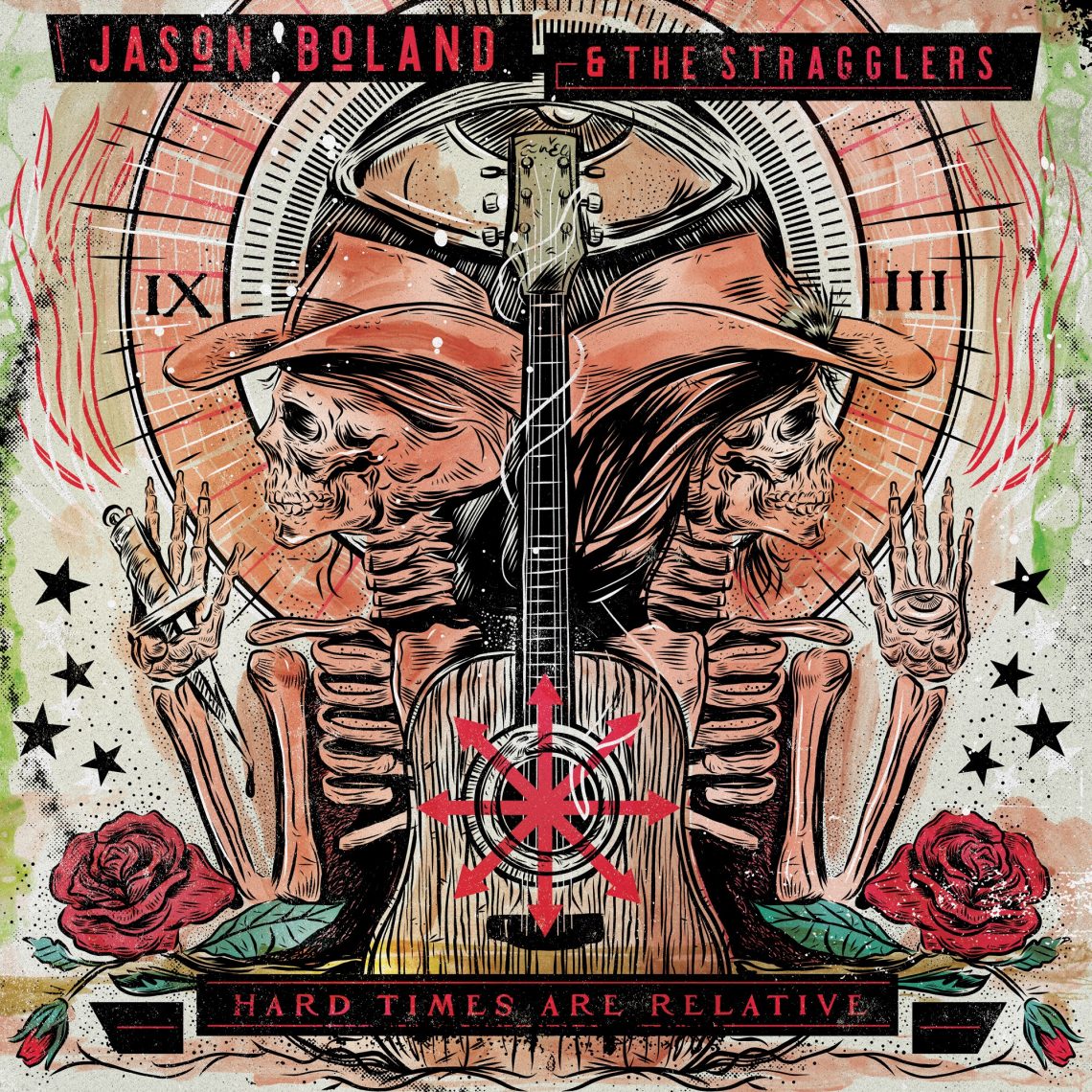 Oklahoma-born alt-country veteran Jason Boland specializes in hardcore honky-tonk with a rock ’n’ roll edge and, if you listen closely, a folksinger’s knack for lyrical depth and detail that has perhaps gone a bit unappreciated. Granted, it’s hard to feel too sorry for a man who has carved out a living doing what he loves, rounded out by a close-knit band of stellar pickers, buoyed by a sizeable and loyal fan base, much liked and respected by his peers. But still: as a songwriter, Boland frequently goes the extra mile. There’s no shortage of offhand wit, a strong whiff of backwoods-stoner philosophy, a solid sense of time and place, and a healthy dose of “you-figure-it-out” mystique sprinkled into his regular-guy relatability — and yet it seems he’s not usually in the discussion of great modern songwriters, even when it’s narrowed down to the country/Americana field.

Maybe it’s the lingering buzz of novelty crowd-pleasers like “When I’m Stoned” or the oft-bootlegged “Rich Young Dumb Nymphomaniac.” Maybe Boland & Co. have just done it so long that they’re taken for granted. Or maybe the band’s straightforward, slightly-retro sound just doesn’t register as “important” to some critic types. But as Boland’s catalog continues to grow, you could make a solid case that he’s in there with the likes of Jason Isbell and Todd Snider as one of the most interesting songwriters of their loosely defined generation. He might not have quite the gravitas of Isbell or the gonzo-ness of Snider, but if you think the former could stand to lighten up a bit and the latter could use some more focus, perhaps Boland hits that sweet spot for you.

Or you could concede that ranking songwriters is silly and just kick back and enjoy the new Stragglers album, Hard Times are Relative. Adhering to Steve Earle’s philosophy that good music should be “literature you can drive to,” Boland narrates and philosophizes and laments and celebrates over one rock-solid country track after another. The opener and lead-off single “I Don’t Deserve You,” bolstered by immediately recognizable Sunny Sweeney backup vocals, is a killer mix of sweet sentiment and sonic swagger.  The follow-up title track spins a sympathetic, resilient, and actually-kind-of-harrowing tale of an orphaned teen and his kid sister surviving in a bygone rural era, sort of a John Steinbeck by way of Merle Haggard with a heartening twist at the end.

And then again, sometimes they settle for just delivering a solid dance tune. “Right Where I Began” is a brisk dose of country swing that name-drops “Jack Daniels by the handle” and George Jones, then “Searching for You” shuffles a bit harder and throws in a playful bit of full-band backing vocals to distinguish it. “Do You Remember When” waltzes and waxes melancholy; “shameless promotions might get the place full/so drunk girls can ride the mechanical bull,” Boland sings, with the resonance of someone who’s had to play over that sort of thing more than once.

From there, with a fine half-album in the can, the band takes the old-school liberty of getting a little more funky on the b-side. “Dee Dee OD’d” seems to come blazing out of nowhere, a stout, bracing and fully-realized guitar rocker apparently dedicated to the Ramones, reminiscent of the Drive-by Truckers’ best rock-history tunes. They take the classic rock aesthetic to weirder places on the spaced-out “Grandfather’s Theme,” with an arid, extended instrumental intro; it’s a bit self-indulgent, but it’s nice to see risks taken in a genre that’s often at risk of getting a little too staid.

But in Boland and the Stragglers’ hands, “grounded” doesn’t equal “boring.” Also filling up the second half are the easygoing, gratitude-rich balladry of “Predestined,” a love song that branches out into some sound advice (“Empty pockets don’t mean you need money/It’s just another place to put your hands/And focus on that rock you’ve been kickin’/One day it’s gonna be a grain of sand”) and the bluegrass-tinged closer “Bulbs,” a lyrically elliptical chugger that’s equal parts toe-tapper and head-scratcher. No complaints here; when you’ve got as much hard-country goodwill in the tank as this band and this songwriter, a little stretching and experimentation is more than welcome. — MIKE ETHAN MESSICK

Next post LSM Song Premiere: "Sheep in Wolves Clothes" by No Dry County