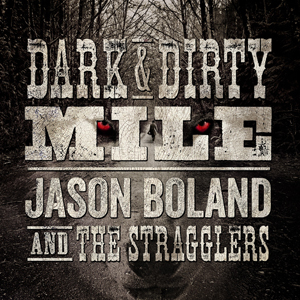 If there’s a more dependable country band ‘round these parts than Jason Boland and the Stragglers, then … well, there really isn’t. And true to form, the band’s new album, Dark & Dirty Mile, is reliably stellar. The title track isn’t quite as captivating as the title track to 2008’s seminal Comal County Blue, but it’s still packed full of the saw-dusted wisdom that Boland’s come to be known for. While statements are made in the form of “They Took It Away,” a tune about the white-man stealing land from the natives, among other historical shames, this is first and foremost a straight-up modern honky-tonk album. “Electric Bill” is the tune that will make the clingiest wall-flower jump into the middle of the floor, while “Lucky I Guess” and “See You When I See You” will compel couples to draw closer, even though the message of the latter is about parting ways. There’s little need, and zero effort here, to reinvent the jukebox. To know Boland’s music is to know the alarming, lonely light-switch flip of an empty bar at 1:55 a.m., as well as the anticipatory glow of a flickering candle in an intimate moment on a different kind of night. Boland’s country is drawn from the id of individuals who feel real things at the most vulnerable of times. — KELLY DEARMORE

Next post In Profile: Jason Boland and the Stragglers