In Profile: Josh Abbott Band From “Taste” to “She’s Like Texas,” Josh Abbott’s rise has been a whirlwind 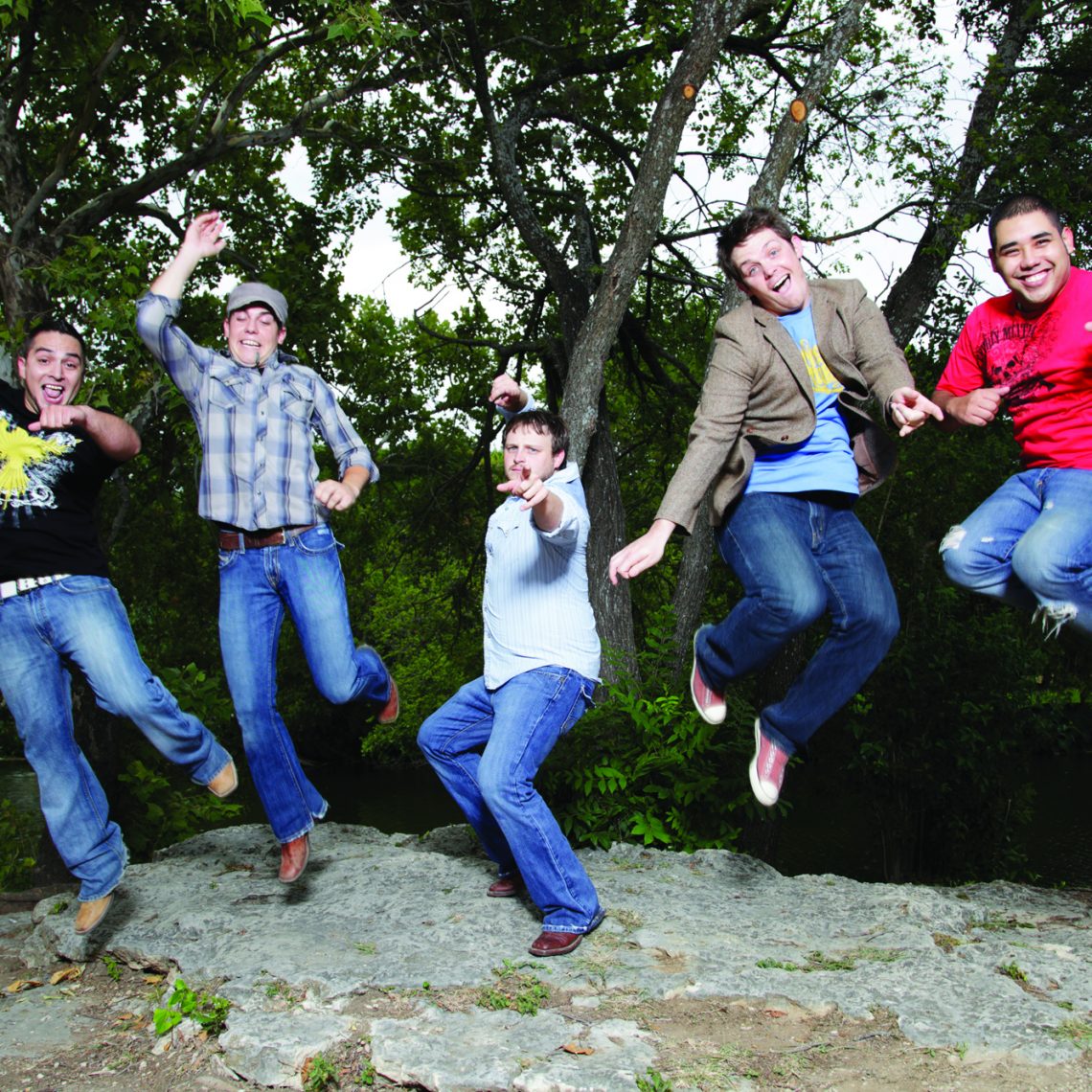 It would be tempting to call West Texas singer-songwriter Josh Abbott a copy of Wade Bowen, who made it out of Texas Tech before Abbott even got his boots dusty there. Or, perhaps more precisely, a copy of Randy Rogers. You know the type: Darn good songwriter, effective marketer and promoter; not exactly pretty, but with a voice that melts hearts and songs that guarantee a good buckle-polishing turn around the dance floor. And don’t forget the seemingly ubiquitous baseball cap.

If you write Abbott off because of the ball cap, though — or maybe even because his fiddle player looks and sounds a lot like the Randy Rogers Band’s Brady Black — you’re missing the bigger picture. He may dress like Rogers, but really, can any Texas singer trademark a pair of bellbottom jeans and a baseball cap? And yes, the music sounds a little like Rogers, but Abbott’s tenor is a ways away from Rogers’ whiskey-and-cigs growl.

“Everyone starts somewhere,” Abbott says matter-of-factly. “I understand the comparisons. And everyone, over time, finds their niche, their direction. Everyone sounds like their influences, on some level. And if I’m gonna be compared to someone, it’s nice to be compared to (Rogers).” 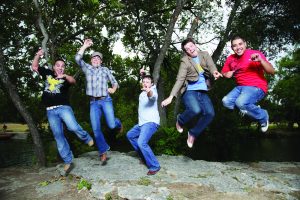 Ultimately, the comparison that matters most is that, just like Rogers before him, Abbott has worked his ass off to get where he is today, with two full CDs, a pair of EPs and a solid fan base. In August, Abbott sold over two-thirds of the 6,000 seats at the cavernous Billy Bob’s Texas in Fort Worth. What started out as a little brushfire in Lubbock has expanded to reach the entire state. And Abbot’s popularity isn’t limited to the Lone Star State, either. In May, “She’s Like Texas,” the second single off of his band’s 2010 release of the same name, was ranked No. 7 on Amazon.com’s top country downloads, ahead of songs by national acts like Taylor Swift, Rascal Flatts and  Lady Antebellum.

Not bad for a little less than four years’ work.

Back in 2006, Abbott was just a college guy fronting a band in Lubbock with three frat brothers. “It wasn’t a bad living, playing frat and sorority parties,” he says, maybe a little wistfully. “There were no management expenses or marketing expenses. We didn’t have to travel, and we each made $200 or more a night, so we all thought, ‘this rocks!’”

After enough people told him he ought to make a CD, Abbott wrote a song called “Taste” in 2007. It became a massive regional hit courtesy of some MySpace marketing and a sexy hook. Women loved the song about seduction, and guys apparently liked the reaction from the women. In 2008, the band’s independent first album, Scapegoat, was released, feeding off of the success of “Taste.”

About that time, Abbott, who was actually in graduate school at Texas Tech, decided that if he was going to do anything more than play guitar at local frat parties, he needed a booking agent. And so began the band’s travels outside not only the Lubbock area, but Texas as well. The busier schedule took its toll; the whole first year was one of transition in which Abbott lost band members to other responsibilities. “My (first) bass player was in grad school, and the drummer graduated from college in May,” Abbott says. “At that time, there was no solid money to be made. The guys dropped out to pursue other jobs.”

Perseverance paid off for Abbott, though. Scapegoat also included the duet “Good Night for Dancing,” featuring west Texas homegirl Charla Corn, and the song gave the band a second hit in the fall of 2009. It ended up being one of the year’s top 15 songs on the Texas Music Chart. But when it came time to release a third single, Abbott didn’t hear another one off of Scapegoat.

“None of them were good enough,” he says. “So we recorded another album.”

Writing is something upon which he prides himself; all of the songs he’s recorded to date are Abbott originals. Occasionally, the band will throw in a cover song live, like Tom Petty’s “Free Fallin’” or John Mayer’s moody “Slow Dancing in a Burning Room,” which is probably the antithesis of “Taste.” But Abbott says recording other people’s songs is not for him, unless it’s in the form of a tribute album. “I don’t want to appear fraudulent,” he says. “Maybe I haven’t found the right song someone else wrote that meshes and correlates with what we do.”

The band released the EP Brushy Creek in late 2009, and the infectious “All of a Sudden” kept the streak of hits alive. Then, earlier this year, She’s Like Texas was released. In May, the CD landed in the third spot on Billboard’s Heat Seekers Top 30 – pretty impressive for an act without a national label deal.

On the song “End Of A Dirt Road,” Abbott shares vocals with fellow Texans Roger Creager and Trent Willmon. “Josh and I met briefly at his show in Nashville,” Willmon says. “His guitar player used to play for me, so I stepped in to hear the band. They had a real cool vibe: raw and good, earthy energy.” But when Abbott asked him to sing on his album, Willmon was in Montana hunting. Via the magic of digital recording, Willmon sang his part in a mountaintop studio and e-mailed the tracks back. “You gotta love technology,” Willmon says. “I think it turned out pretty cool.”

In addition to releasing his second full-length album, Abbott also proposed to his long-time girlfriend Amanda in the spring. They’ve been together since grad school, meaning that Amanda’s been along for pretty much the entire whirlwind ride of his career.

“When she started dating me, I was a local band,” Abbott says. “Every now and again we’d get crazy and go up to Amarillo to play.” But with the success of Scapegoat, his career took off exponentially, and Abbott acknowledges that the past couple of years have been a bit of a challenge that his significant other probably didn’t realize she’d signed up for. Along with the busier tour schedule, they’ve both had to learn to deal with Abbott becoming a target of the industry gossip mill, which has been stirred of late by a rash of anonymous and not particularly nice (or even music related) comments by readers on the Texas/Red Dirt music blog, “Rawhide and Velvet.”

But day by day, Abbott and his fiancé are learning that it all just comes with the territory. “I tell her, you can’t read the blogs, honey,” he says. “You just have to know this is the way it is.”

The occasional bum (blog) note aside, Abbott says that one of the best things about the music scene in Texas is the camaraderie. “Everyone helps each other,” he says. “We write songs together, and we open each other’s shows.” Of course, all those mutually supportive young singer-songwriters and bands are still vying for basically the same market share, making it no easy feat to stand apart from the pack. Without discounting all of the hard work he’s put into his career to date, Abbott still seems genuinely humbled by his good fortune so far.

“I don’t know,” he says, with absolutely no false modesty. “We’ve been lucky …”

One thing that helps: Nashville has come calling on the grassroots band with no label but an awesome business plan. Stephen Linn, the senior director of music programming and promotion at CMT, cites Abbott’s “loyal and passionate regional and Texas fan base” as the main reason for his network’s interest.

This summer, Abbott’s work visibly paid off. The band played around 15 shows a month, both in Texas and beyond, with stops in New Mexico, Arizona, Kansas and Colorado.

“We’re branching outside of the safe zone,” he says with a laugh. “In the Texas scene, if your song is on the radio, people know who you are, and it’s easier. The risk [in going outside the state] is that you end up playing for 50 people who don’t know who you are on a Wednesday night.”

Next post Last Seat at the Bar: This Must Be the Place