In Profile: Hot Club of Cowtown Turning that old Western sound upside down 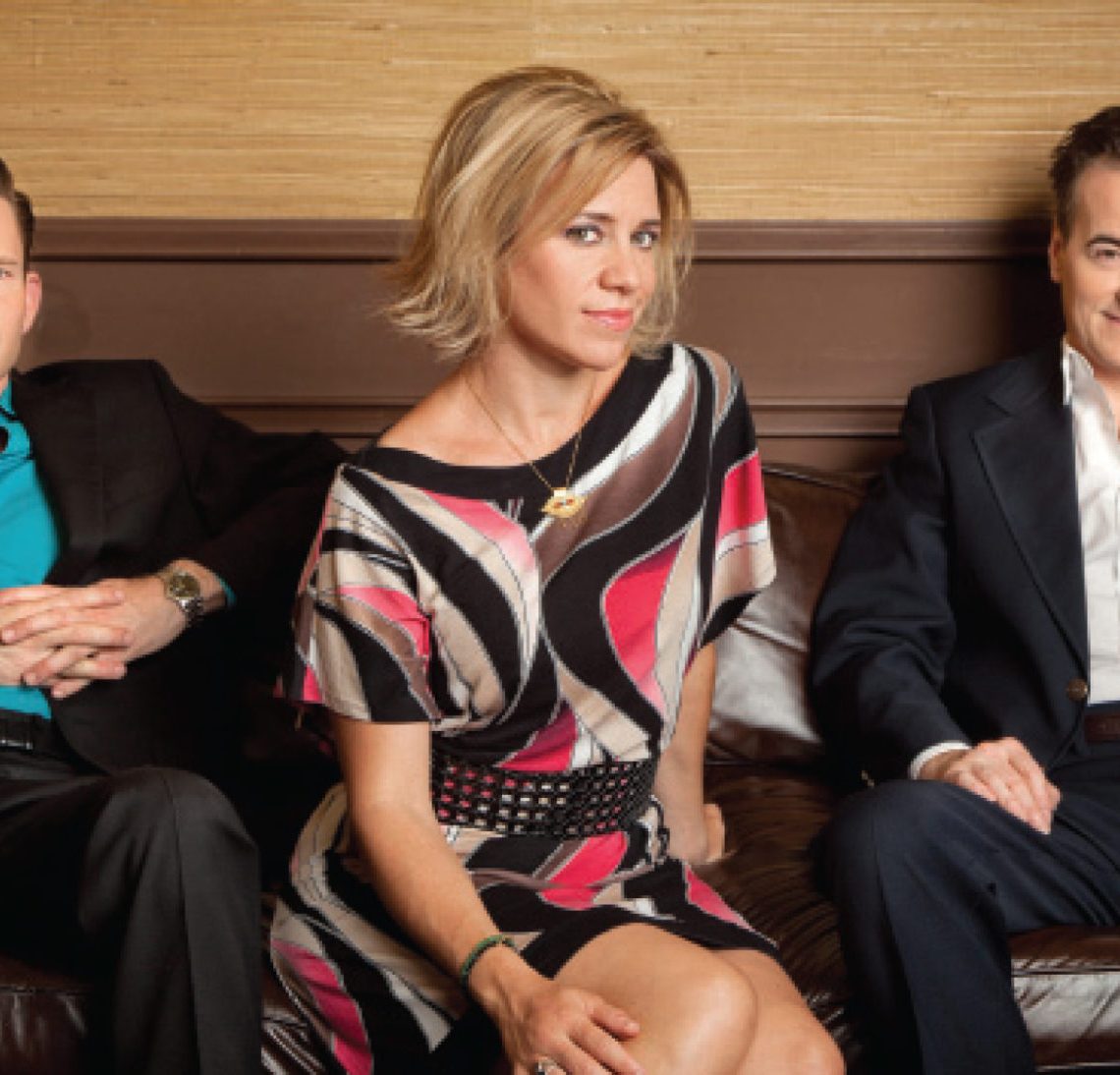 The Hot Club of Cowtown is always pushing boundaries, so maybe kicking off Rendezvous in Rhythm, their latest album, with “Ochi Chornye,” a Russian gypsy tune, shouldn’t come as a surprise. What is surprising, though, is Whit Smith’s guitar work, which mimics the sound of both bass and tenor balalaika. The fiddling of Elana James on the track is also infused with a bit of Russian gypsy soul.

“Our band has a reputation for being a boot-scootin’, old-timey swing outfit, but that characterization doesn’t come close to what we’re really about,” says James, speaking via cell phone as the band drives up the Eastern seaboard to another one-night stand. “The idea of the West resonates so much in America, and especially in Texas, that we wanted to turn things upside down and serve up something that had nothing to do with that mindset. Whit’s playing, as always, captures the essence of the song and his Russian feel really knocked us out.”

Since they came on the scene in the late ’90s, the Hot Club of Cowtown has carved out their own unique niche, playing swing music from Texas, Paris and all points between. Their previous album, What Makes Bob Holler, paid tribute to their American godfather, Bob Wills. On Rendezvous in Rhythm, they tip their collective hat to Django Reinhart and the swing standards of the ’30s and ’40s.

“We’ve been exploring the extremes of our music on the last few albums,” James explains. “Wishful Thinking was a combination of original songs, jazz and Western swing. What Makes Bob Holler was recorded in London, even though it was Western swing. This one is more European, but it was recorded in Texas. We don’t know what the next one is going to sound like, but it’s going to be all original material.”

Like most of their albums, Rendezvous was knocked out in three days of intense recording. “We make records the way they did years ago: live in the studio, all of us playing together,” says James. “There’s no padding, no filler. A lot of our fans are Texas old timers and they love the gypsy stuff. So do we. We’re all attracted to pure hot jazz. We may play ‘Orange Blossom Special’ and ‘Take Me Back to Tulsa,’ but that doesn’t mean we don’t have an affinity for other stuff.

“Since we’re not primarily songwriters or singers, we don’t approach the Americana scene with story songs,” she continues. “We’re too traditional to be Asleep at the Wheel, and they don’t sell a lot of beer when we play a gig. Our albums are outside the margins of what is expected or successful for other roots musicians, but it’s what we do. The originality is in the arrangements and our solos. The tunes themselves are timeless jewels. The melodies and chord changes are so exciting, and the structure is so elegant, it’s inspiring just to play them. We’ve been a band for 16 years, we’re just playing what’s beautiful to us. We don’t worry about marketing and selling records and that’s liberating.”

Although they’re based in Austin, the band actually got its start in New York City. “I’m from Kansas, Whit’s from Connecticut and [bass player] Jake is from Oklahoma,” James says. “I met Whit through an ad in the Village Voice, and the first time we played together, we knew it was a perfect match. The rhythms he played behind my fiddling were a revelation.”

James joined a traveling country band for a while, but missed the intense connection she had with Smith. The pair moved to San Diego and started busking on the street. “We were starving, but it was fun,” she recalls. “We found a bass player and made a primitive album called Western Clambake that sounded like it was recorded in 1923. By the time we got to Austin, we knew who we were.”

They signed with the Oakland, Calif., roots label HighTone in 1997, and they’ve been touring and making records ever since. James credits current bassist Jake Erwin, who joined some 12 years ago, with further solidifying their sound.

“The rhythms he lays down with Whit are extremely solid — you can hear that on the album,” James enthuses. “Our improvisations are always off the cuff, not thought out. It’s like we’re one instrument with three different strings.”