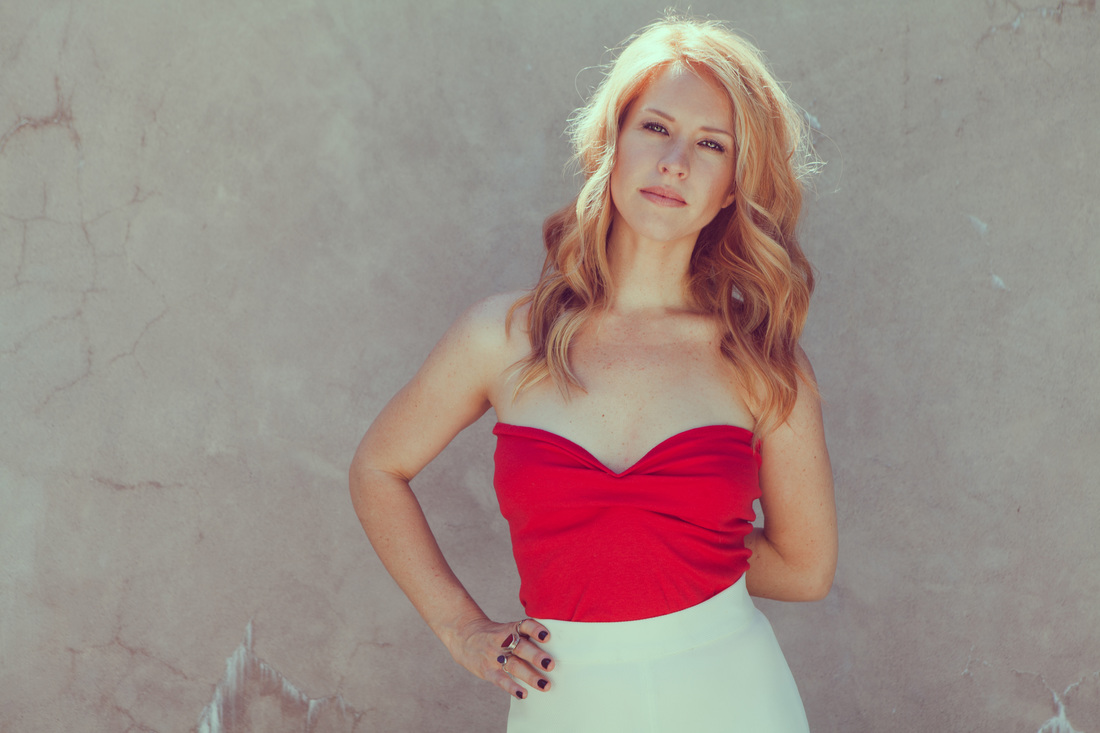 “I started drinking when I was 15 or 16. It became an issue pretty quickly,” Ashley Monical says, describing the long personal struggle she went through while creating the songs on her debut album, Facing the Shadow. “I’d stop drinking for a little while, but always go back, even though I was making poor choices in my personal and professional life.

“It was hard to handle my emotions, always being hung over,” she continues. “The last time I drank, just over three years ago, I was playing a show at Antone’s. We had a bunch of alcohol in the green room at a Halloween show. I blacked out and don’t know if the show was any good. I hope it was, but I don’t know. The next morning, I said to myself, ‘I can’t do this anymore.’” 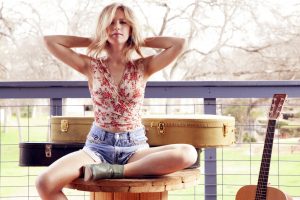 After she got sober, Monical spent a lot of time and energy facing the things that she’d been avoiding for a long time. “A lot of stuff was coming up for me and, since I’m a songwriter, it came out through the songs,” she says. “Some of them are autobiographical, some are just observations about the people in my life. Some are about relationships I’ve had — some romantic, some with friends and family. I tend to be a melancholic, introspective songwriter. I prefer listening to slow songs. They make me feel deeply and remind me of certain situations in my life. When I write, I want to help people tap into parts of themselves they haven’t been able to face before. That’s why I called the record Facing the Shadow. It took me a while to figure out a title to embody what the songs are about, and what my life was like, during the time I was writing them.”

Monical started playing the guitar shortly after she moved to Austin. She was originally interested in acting and theater, but songwriting was a more satisfying way of communicating her emotions. Her father told her about the open-mic nights at Cheatham Street, the San Marcos club where George Strait, Todd Snider, and many other notables got their start.

“Stevie Ray Vaughan and Double Trouble played there for a dollar when my dad went to college,” Monical says. “I started going down there every Wednesday and became close with [club owner and songwriter] Kent Finlay.”

Finlay became a mentor and introduced Monical to his songwriting daughter, HalleyAnna. “We started performing as Wildflowers, just two gals and two guitars,” Monical says. “We played a lot of gigs and did a bunch of demos, so I got to know my way around a recording studio.”

Wildflowers never did make an album together though. After the duo split, Monical started putting together her own combo, sitting in with other bands and singing on demo recordings cut by some of her friends. So she had a pretty good handle on the recoding process by the time she got around to making Facing the Shadow. After a long trial and error process, she chose songwriter/guitarist John Evans (Corb Lund, Emily Bell, Hayes Carll) to produce the album. “We made the record in two weeks, at a studio we put together on my dad’s property in Wimberley,” she says. “There was a garage with an apartment on top of it. We brought in equipment and made it into a studio, hanging up blankets to use as baffles.”

“I’d never met any of the musicians before, so I was a bit anxious,” she says. “I went in, met the guys and started recording. I’d play the song for them, then we’d record ‘em. I’d played the songs live, so I had arrangements in my head, but everybody had input and they were so frickin’ talented that things came together really fast. A lot of them were done in one take.”

The music on Facing the Shadow simmers with the band’s creative energy. Monical is a forceful vocalist in the country tradition, able to covey emotion with a quiet, understated delivery that keeps you on the edge of your seat. The band’s low-key virtuosity is a perfect compliment to her subtle intensity, keeping the focus on the emotional content of the lyrics and Monical’s powerful delivery. “Running” is a gentle rocker that offers some tough love to a friend struggling with addiction. Monical howls with desperation as she extends a helping hand she knows will probably be ignored. Davis suggests the tooth grinding pain of the morning after with an icy, distorted solo.

Monical plays ’50s style R&B triplets on piano to introduce “Sleep Child Sleep,” a somber country waltz. She sings comforting words that balance grim reality with a hope for a better tomorrow; a bedtime lullaby for weary adults. “Honest Man” is a prayer for true love that brings to mind The Band, with its balance of folk and low-key organ. “Traveling Soul” is a mournful blues, with Monical delivering a bone weary vocal. Valdez provides a measured beat that calls to mind the thudding of the hammers on a chain gang, while Davis contributes spooky, muted guitar fills that go floating through the mix.

Monical’s songs are just as compelling live, even when she takes the stage alone with an acoustic guitar. “It’s just like the record, but without drums, bass, electric guitar, weird keyboard parts and harmonies,” she jokes. “I like being able to talk about the songs and, if I want to do something different with the arrangement, I can. I use the guitar as a rhythm instrument, so when I was hesitant about playing the songs from the album, I called John. He said, ‘When you play solo, listen to the [album] and mimic what’s happening on the drums. There’s a way to fill out the sound with just vocals and guitar.’”

Of course, when the opportunity arises, Monical still loves to perform with a band, at least for local shows in Austin. But whether she’s playing solo or with friends, her long-range goals are as much personal as musical.

“I want to spread love and kindness, as cheesy as that sounds,” she enthuses. “I try to let people know that they can be authentic. They don’t have to put on an act to make people like them. My experience of getting sober taught me that life is more peaceful when people can be themselves. I’m open to whatever the universe and God puts into my life.”

Next post Corb Lund: "Things That Can't Be Undone"