The House of Songs makes its mark with new film, second location "Albert E. Brumley: Songwriter of the Ozarks" documentary to screen at Austin Film Festival 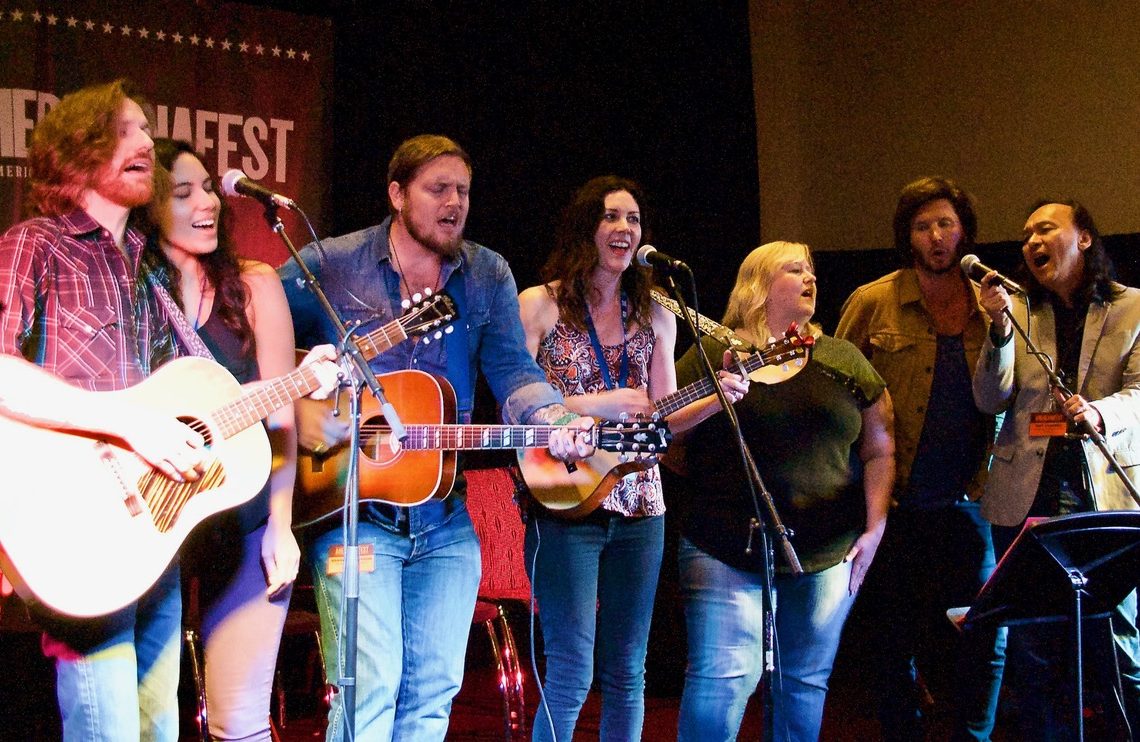 From Austin and Australia to the Ozarks and Nashville (twice). And vice-versa.

That’s the circuitous route several musicians found themselves traveling with the House of Songs while participating in a documentary making its official Austin premiere with screenings tonight (Friday, Oct. 27) and Nov. 1 as part of the Austin Film Festival. 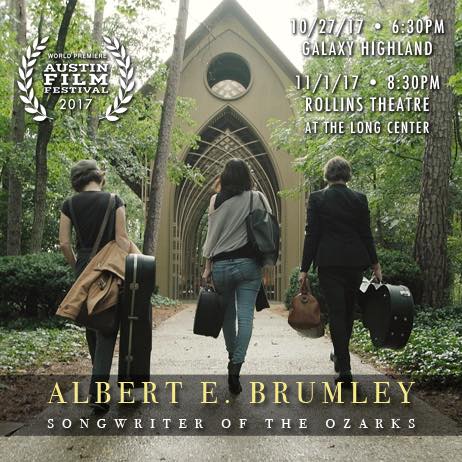 Courtesy The House of Songs

The 24-minute film, Albert E. Brumley: Songwriter of the Ozarks, captures the experiences of several songwriters from Australia and Austin who gathered in Northwest Arkansas to complete unfinished songs left behind by Brumley, author of “I’ll Fly Away,” one of the most-recorded songs in gospel music history. It also explores the background of this devout Oklahoma native and why he chose to settle in the Ozarks, where he purchased a publishing company and wrote over 800 songs, including “Turn Your Radio On,” “If We Never Meet Again (This Side of Heaven),” “I’ll Meet You In The Morning” and “He Set Me Free.” All were popularized by other artists; he never recorded them himself.

When Brumley’s granddaughter, Betsy, invited House of Songs founder Troy Campbell to take on the task of finishing the songs, he recruited fellow Austin artists Akina Adderley, Dawn & Hawkes and Graham Wilkinson. Austin’s sister city, Adelaide, Australia, had expressed interest in working with the House of Songs, and sent Dan Crannitch, Taasha Coates and Kelly Menhennett to join them. In 2016, they spent several days getting to know one another while touring the region to better understand Brumley’s frame of reference. Then they traveled to AmericanaFest in Nashville, where they discussed the project and performed several songs.

One year later, most of the group returned to Nashville to screen the documentary, directed by Campbell and Austin Tolin, and reprise their songs. They were also invited to the Adelaide Film Festival, but the festival couldn’t cover the costs of sending all the American participants. So the House hosted an open house as a fundraiser right after returning from Nashville. Austin Mayor Steve Adler attended — and gave a sizable donation toward their just-completed October trip.

After viewing the film and hearing some songs performed live, he enthused, “This project is just incredible. … This is the best of what Austin music is.”

In Nashville, Wilkinson noted, “It’s greater than the individual. It’s about the song.”

And it’s spreading. Not long after that 2016 Ozarks visit, the Walton Family Foundation reached out to Campbell about establishing an Ozarks version of Austin’s House of Songs, where artists from around the world come to collaborate with Austinites. The House of Songs Ozarks officially opened its doors in September, just before AmericanaFest, and recently welcomed artists from Pakistan and Cuba.

Eric Witthans (Lost John, Mother Merey & the Black Dirt) a Fayetteville, Arkansas, resident who has spent time in both houses, says, “Every house has its own energy. I feel inspired by each space.”

The artists who participate make friendships and connections that often lead to international touring and even hits; the concept itself grew from Campbell’s experience collaborating with Denmark’s Poul Krebs, with whom he reunited in September for a brief tour of the Netherlands. In some cases, those connections have become even more permanent: Coates wound up marrying Austinite Ray Flowers after meeting him at the 2016 AmericanaFest House of Songs presentation.

They now live in Adelaide.

Maybe they’ll incubate the next House of Songs outpost there. Stay tuned.

Next post "And just like that, we became hippies ...": The road to Delbert McClinton's "Two More Bottles of Wine"